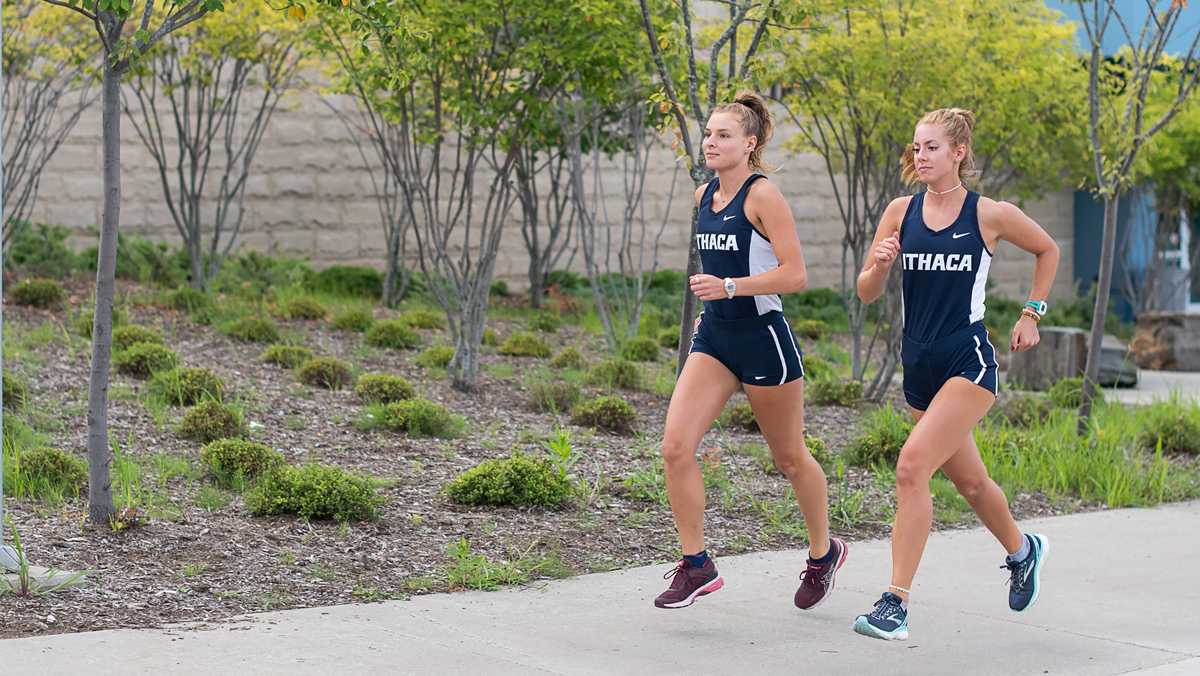 Last season, the team finished in fifth place at the Liberty League Championships and did not qualify to compete at the NCAA Championships, which it had done the previous two seasons. The Bombers struggled following the loss of All-Americans Taryn Cordani ’18 and Denise Ibarra ’18, both of whom placed in the top 40 at the 2017 NCAA Championship.

In 2018, senior Sarah Rudge was the highest finisher for the Bombers at the Liberty League Championships with an eighth-place finish with a time of 22:32.5. Joining her in the top 15 was classmate Annie Morrison, who finished in 22:46.2.

Rudge said last year’s finish at the conference meet does not negatively affect the team’s morale heading into the 2019 season. 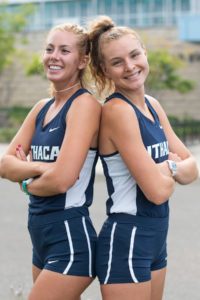 “Last year was a rebuilding year, and we have a lot of returners and a lot of new people that we’re really excited about,” Rudge said.

There are two ways a team can qualify for the NCAA Championships. A team can qualify automatically by placing in the top two at the regional championships. At-large bids are also awarded to squads that place well at regionals and have good out-of-region competition throughout the season. The Bombers will be attending a new meet this season on Oct. 19 at Connecticut College. Head coach Erin Dinan hopes it will be a strong out-of-region race.

“I’ve heard really good things about the meet, and I know there’s really good competition there,” Dinan said. “We’ll be able to build and develop and be ready at that point that when the Connecticut College meet comes up, we can shine and do what we need to do.”

Leading the way for the Bombers is a returning class of nine seniors. Three of those nine placed in the Blue and Gold’s top five at last year’s NCAA Regional Championship. Rudge and Morrison were the top two finishers for the South Hill squad, and Parley Hannan was fourth with a time of 23:54.1.

“All of the seniors are people that genuinely love the team and cross-country,” Rudge said. “I think it’s really exciting to have one last season with all of us together, and I think everyone wants to make it count and see what we can do.”

The South Hill squad also has a strong core of underclassmen. Leading the returners are juniors Kelly Farrell and Lizz Eberhardt as well as sophomore Paloma De Monte. Last year, Farrell was the Bombers’ third finisher at the Liberty League Championship, and Eberhardt and De Monte finished 10th and 12th respectively.

Dinan said she is excited about potential newcomers on the team. She said 15 freshmen are expected to try out this season. Senior captain Jessica Fritzsch said the younger athletes round out the team in a positive way. 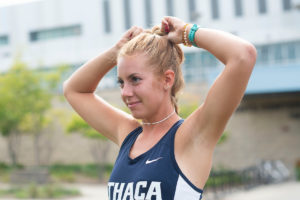 Fritzsch said that having so many new athletes this season will be a strength for the Bombers.

“They brought a really great energy and were so enthusiastic and were really supportive teammates,” Fritzsch said. “They will bring that back this following year. They definitely have the talent, and I think they will only get better with more training and more experience, so that will be really exciting to watch.”

Fritzsch said that Dinan has workout plans that are consistent throughout the summer but that she also understands when the athletes’ bodies need to rest, which Fritzsch credits to be a big part of the team’s success.

“She knows how to help us push ourselves when we need to and then rest the right amount,” Fritzsch said. “I think that attitude, combined with the consistency of her training, is what works really well for us.”

The South Hill squad will compete in its first meet of the season when it hosts the Jannette Bonrouhi-Zakiam Memorial Alumni Run at 11:15 a.m. Aug. 31 in Ithaca.