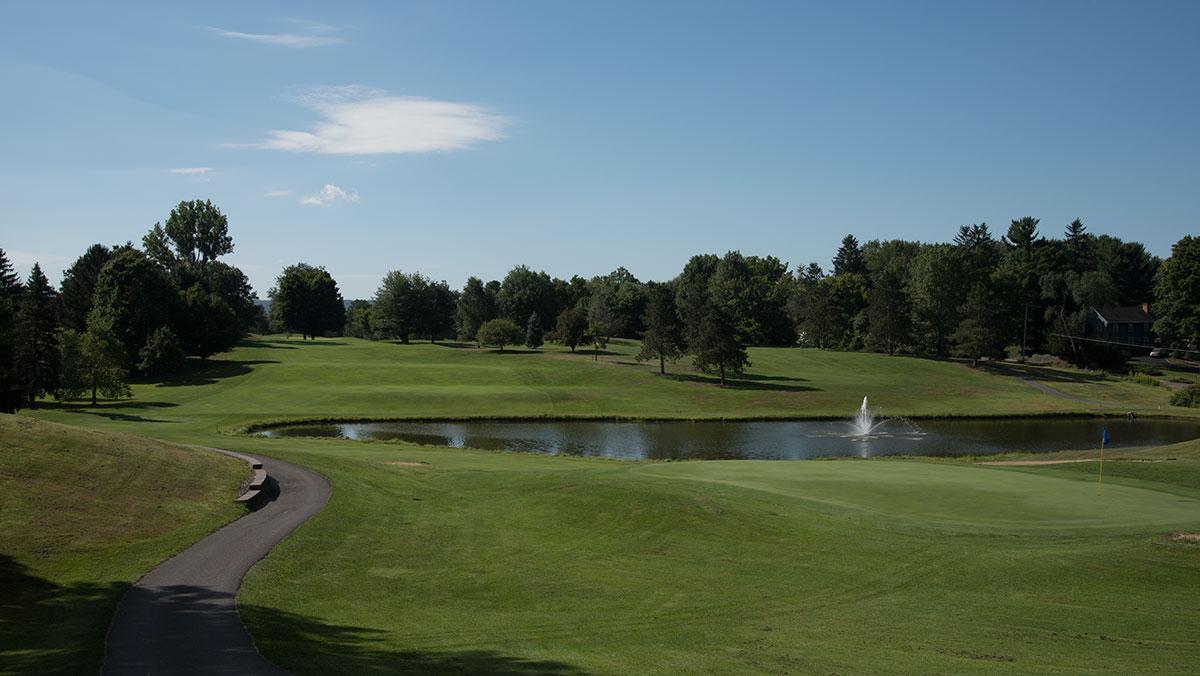 After winning the Empire 8 Championship for the past five years, the women’s golf team was able to pull off another win with a total score of 518.

The championship was held Sept. 12 and 13 at the Ravenwood Golf course in Victor, New York. Sophomore Indiana Jones took top individual honors with a score of 108, giving Ithaca College a fourth straight individual winner in the championship.

Inclement weather led to delays during the first round, resulting in just the front nine holes being recorded officially. Regardless, the Bombers were early leaders, ending the first round as they did the second: in first place. The team posted a score of 185 after nine holes on day one and 333 after a full 18-hole day two. The Blue and Gold’s cumulative score of 518 held a 39 stroke margin over the second place finishers, St. John Fisher College.

As the opening round came to a close Sept. 12, Jones was in first place with a score of 38, in the lead by five strokes. Her second round efforts amounted to a 70 stroke affair — three under par — which cemented her victory. It was the lowest round of her career.

Jones was particularly enthusiastic about her final round and said her short game was an integral part of her individual victory this past weekend.

“Individually, I had the best weekend in my golf career,” Jones said. “I just hit all my spots today and made putts when I needed, too.”

On top of her lowest round ever, she also received Player of the Year honors. Of this achievement, she said she was in disbelief, but was satisfied with her performance.

“Honestly, it hasn’t set in yet,” she said. “I’m just really happy with my score and the way I am playing golf right now.”

Jones’ solo efforts were not the only highlights of the weekend, as the entire squad collaborated to produce a first-place finish. Sophomore Lauren Saylor said the Blue and Gold’s success was due to their collective drive and focus.

“As a whole, the team played diligently,” Saylor said.

Sophomore Kyra Denish finished in second place overall. She shot a score of 44 in the first round and an 81 in the second, amounting to a 125 stroke weekend.

Senior Mary Rooker shot a personal best with a score of 89 in the second round to close the weekend with a total score of 140.

The weather played a major role this weekend as the constant showers Sept. 12 constituted rain delays and eventually, an early finish. On Sept. 13, the rain was less of a factor in the players’ performances, though the wind featured strong gusts reaching up to 15 miles per hour.

Saylor said overcoming the challenging nature of the weather this weekend is a testament to the team’s fervor.

The South Hill squad will play next Sept. 26 and Sept. 27 in the Martin & Wallace Invitational at the Cortland Country Club in Cortland, New York.