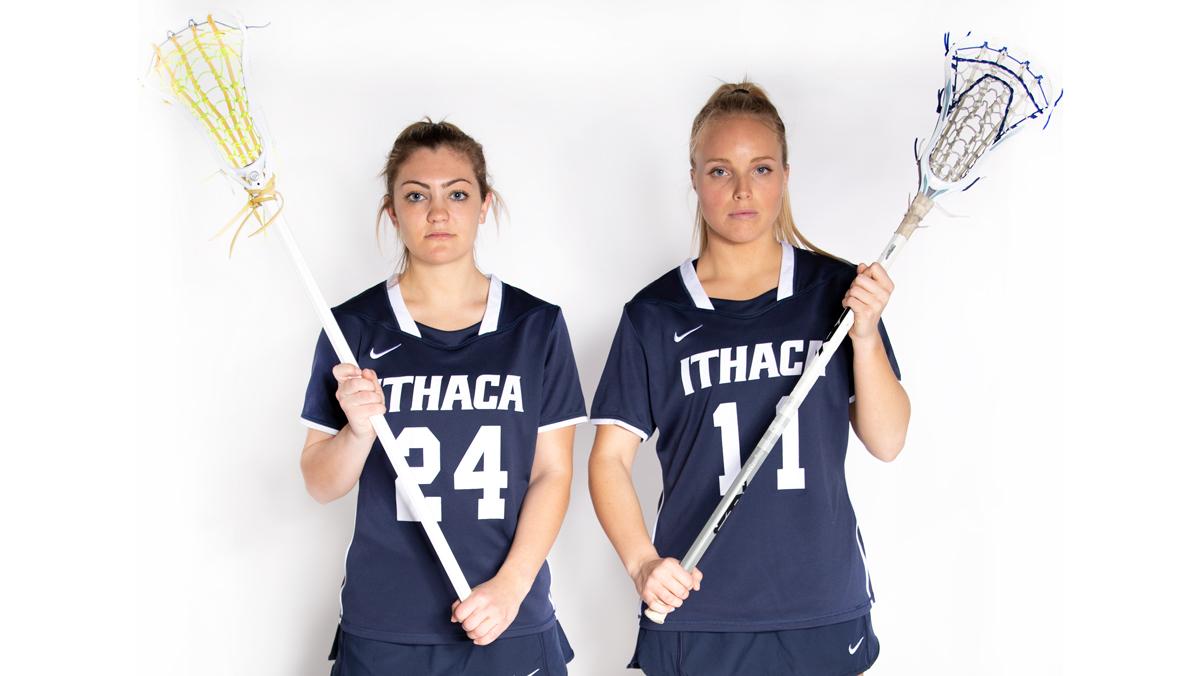 The Ithaca College women’s lacrosse team is aiming to bounce back this season after its loss in the 2019 Liberty League championship by one point. With a strong freshman class, the team is chasing its first conference title since 2008.

The Bombers ended the season with an overall record of 14–7. The Bombers joined the Liberty League in 2018 and found success quickly by making it to the league championship, but they fell to William Smith College. The Bombers lost to William Smith College for a second time in the Liberty League final last spring by a single goal. Dating back to 2010 all the way through 2016, the Bombers competed in every single Empire 8 championship game, but they were met with defeat in every one. In 2017, they did not make the championship game because of a loss in the semifinals to St. John Fisher College but still made the NCAA tournament.

Women’s lacrosse head coach Karrie Moore said that competing in the NCAA tournament every year is one of her major goals. The Bombers were able to make the tournament in 2016, 2017 and 2019 but could not make it past the third round. She said that putting together a roster that is built for the postseason competition is also an important goal for her program.

Senior captain and midfield Katie Welch said she has her eyes set on a big goal for her final season: a Liberty League championship title. She played in all 21 games last season and contributed 10 goals and three assists for the South Hill squad. She said she wants the team to be able to deal with the pressure of a big game this season.

“We have been working on our confidence and composure so that we are ready to compete against our toughest opponents,” Welch said. “Competitiveness and attention to detail are the biggest factors that go into the success of our team. We embrace working hard and push each other every day to be the best players we can be.”

The Bombers graduated seven seniors last season, including three starting attackers and a starting defender. Moore said she takes a more active approach with this issue every year.

The Bombers will also be returning a key member of the offense, senior attack Bailey Herr. She was second on the team in goals and assists with 57 goals and 40 assists, and this earned her All-Liberty League First Team last season. Herr said it is important that the Bombers keep a balanced mindset while using their passion to grow throughout this season.

“It is vital that we do not ride our highs or lows throughout the season but instead maintain our composure no matter the circumstance,” Herr said. “Every day, people are competing and pushing themselves to not only grow individually but to also better their teammates.”

Junior midfield Jacqui Hallack was named to the All-Liberty League First Team as well and scored 49 goals along with seven assists in 2019. On the defensive side, she collected 35 ground balls, forced 13 turnovers and earned 29 draw controls.

The Bombers will also be returning junior defender Molly Nodiff, who led the team in ground balls with 52 while causing 30 turnovers. She also earned conference honors last spring as she was named to the All-Liberty League Second Team.

With the season fast approaching, Moore said the team needs to continue to work on its resilience throughout the season to control the game more.

“I think that kind of resilience is something we’ve been building on in our program, and I think we absolutely made strides on it last year,” Moore said. “But I think sometimes when the games get tough, you want to grab momentum when it’s good and you want to ignore it when it’s bad.”

The Bombers open their season against Nazareth College at 1 p.m. Feb. 22 at Higgins Stadium.