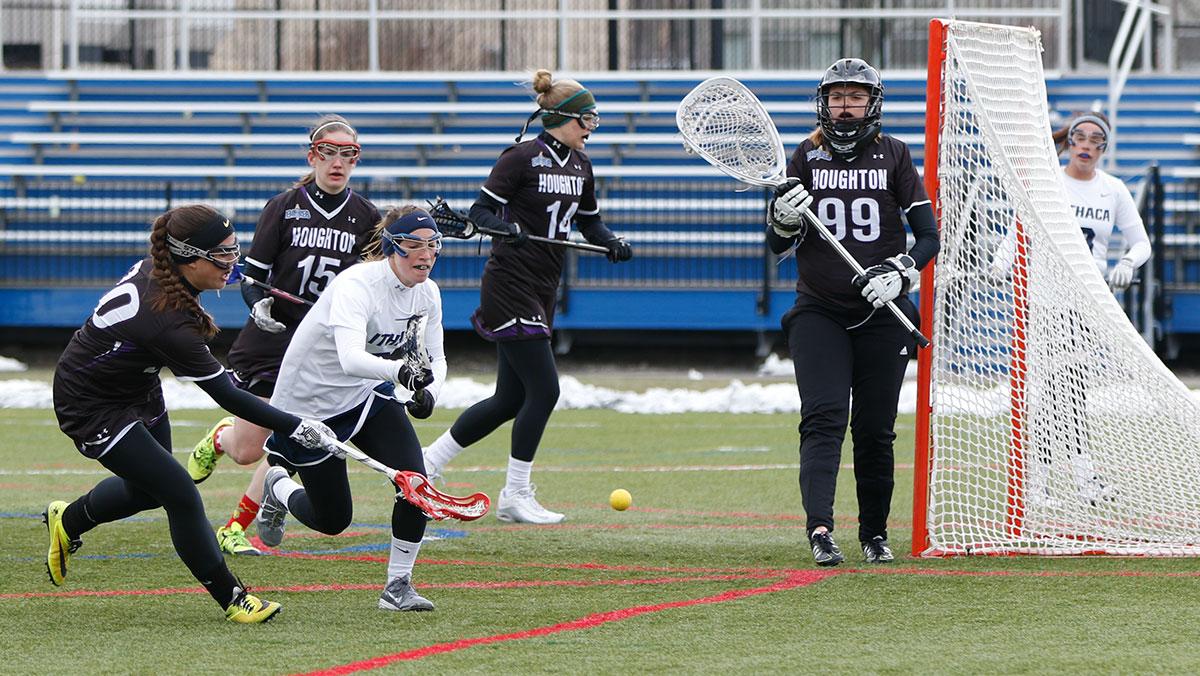 So far this season, the women’s lacrosse team has been dominant at home by outscoring its opponents 67–22 in four home games, and the Bombers continued that dominance with a 21–3 blowout victory against Houghton College April 9.

Junior attackman Morgan Racicot led the Bombers with five goals and four assists. Racicot said blowout losses such as these are no different than if they were playing a close game. The team maintains the same mindset regardless of the score.

“It’s a team effort, and we all work to keep each other focused,” Racicot said. “We all like to make sure that we’re playing at our game, and we don’t like to play to the competitions level.”

Freshman midfielder Allison Panara opened the scoring 43 seconds into the game after the Bombers won the opening faceoff. Racicot scored her 19th goal of the season seconds later to put the Bombers up 2–0 fewer than two minutes into the game.

Panara said getting strong starts is a good learning experience for the group and that it helps them get better as the season goes on.

“I think we just have a really well balanced team,” she said. “We are really starting to figure out how to work with each other and starting to look good and get some good wins.”

The Bombers’ three-goal lead at that point would be as close as this game would get. The Bombers closed out the first half with a 13–2 lead.

Racicot mentioned however, that with wins that they dominate their opponent with fast starts that does not mean it will happen every game.

“I think with any game, we don’t want to start from behind,” she said. ”It’s good that we get off to the fast start, but it doesn’t mean we want to play out of control for the rest of the game.”

With the victory the Bombers improve to 4–0 in conference play and 7–3 overall. The win also keeps the Bombers in first place in the Empire 8 Conference standings. The Bombers return to action 4 p.m. April 12 for a home matchup at Higgins Stadium against William Smith College.