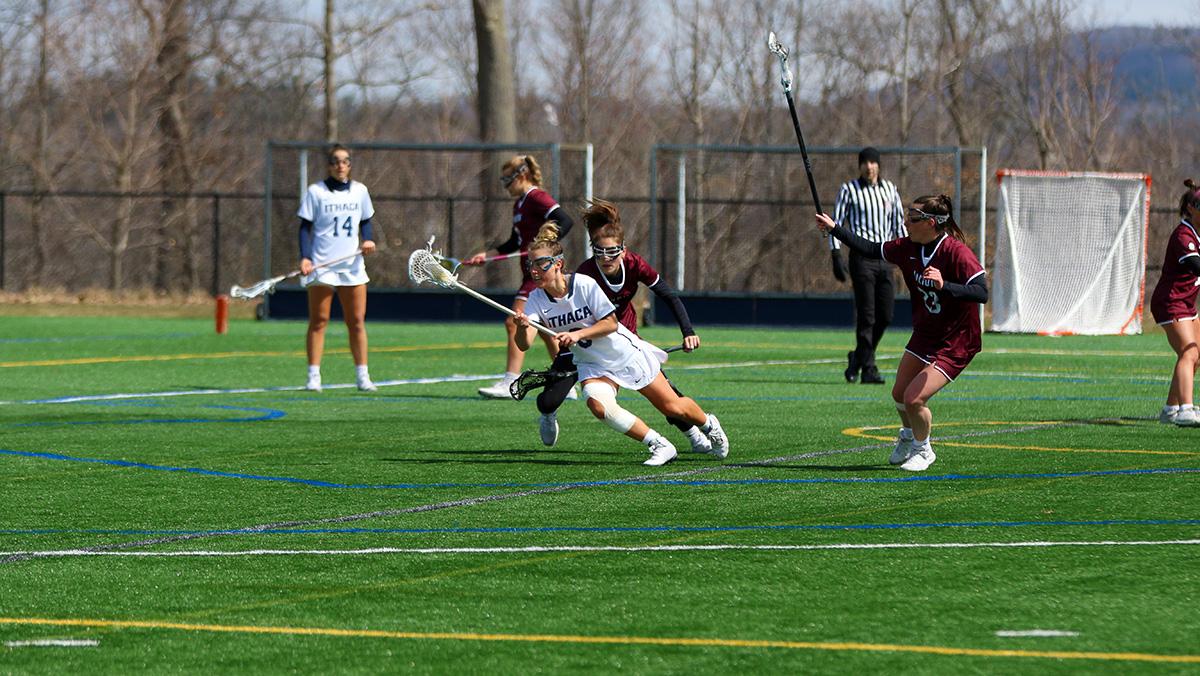 The Ithaca College women’s lacrosse team took a lead 47 seconds into the first quarter and held on to defeat the Union College Dutchwomen 18–7. The Bombers improve to 8–1 on the season with the win, while the Dutchwomen fall to 2–4.

Veitch got the scoring started less than a minute after the game began, and the team never looked back after that. Ithaca College took a 5–0 lead into the first break after Boutureira scored three goals in the first quarter.

The Dutchwomen would keep it close in the second quarter, scoring four of their goals in the frame and holding the Bombers to just four of their own. But following a goal by Union College’s Anna Smith in the third quarter, her third of the game, to cut the Bombers’ lead to four, Ithaca College went on a 9–2 run through the rest of the second half to put the game away.

The game was all but decided with five minutes left in the final frame and the Bombers holding onto a 14–7 lead, but the South Hill squad was not done yet. Stifling defense led by graduate student Rachel Rosenberg kept the Dutchwomen from gaining any momentum, and the college scored four more times in the final four minutes to make it a blowout.

Sophomore goalkeeper Lexi Held played phenomenally in the net, saving eight shots and allowing just seven. It was the fourth time this season she saved more shots than she let in.

Boutureira said the team is playing well this season, but its performance today was not perfect. She said she knows there is room for improvement.

“We’re getting crunched in a little bit and we’re noticing our flaws,” Boutureira said. “So we’re working on our mistakes, cleaning up from here, and then hopefully we’ll be successful in the long run.”

The Bombers get just under a week off before hosting Bard College at 4 p.m. April 8.