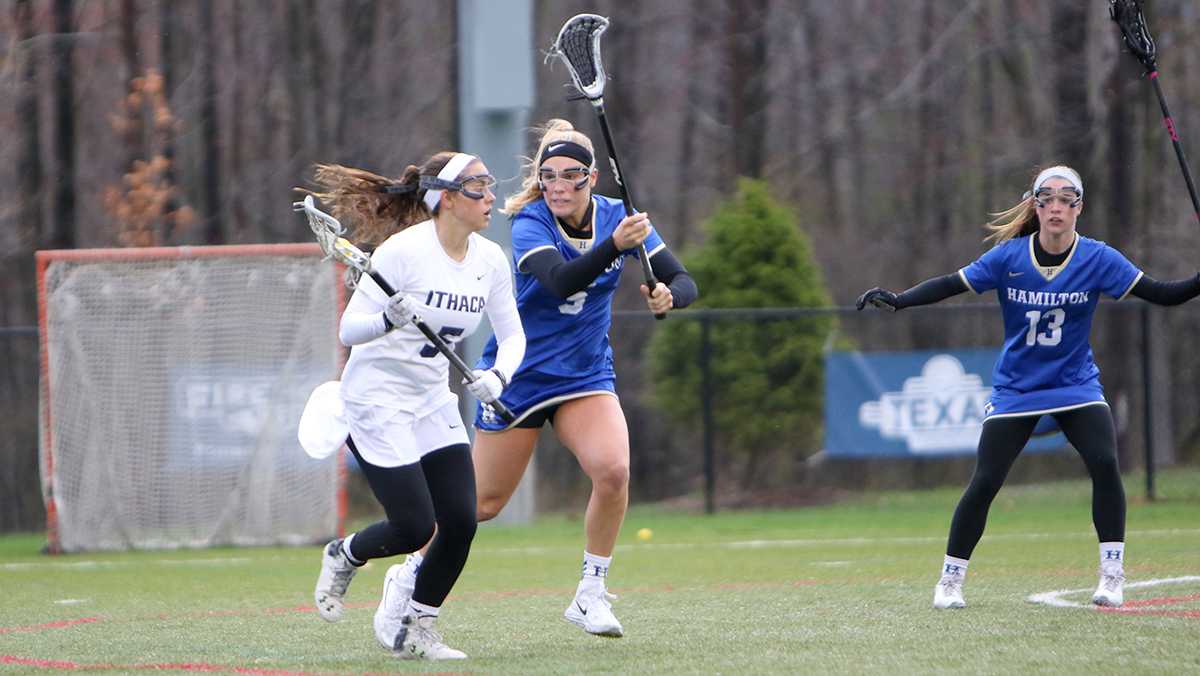 MANYA MARGOT/THE ITHACAN
Sophomore attacker Allie Panara looking to pass the ball to a teammate while avoiding a block from sophomore midfielder Kara Pooley of the Continentals. The Bombers lost the game 13–12.
By Samantha Cavalli — Assistant Sports Editor
Published: April 21, 2017

After the break, Cadwell scored quickly for the Bombers and tied the game up 8–8 until the Continentals came back and scored back-to-back goals, taking the lead 10–8.

Later in the half, Cadwell scored her second goal of the game followed by a goal from freshman attacker Bailey Herr tying the game again 10–10.

After two goals by the Continentals and two goals from Runyon, the game was tied for the third time at 12–12. With under four minutes to spare in the game, junior midfielder Darby Philbrick of the Continentals scored the game-winning goal.

The Blue and Gold return to play against Houghton College at noon on April 22 at Higgins Stadium.