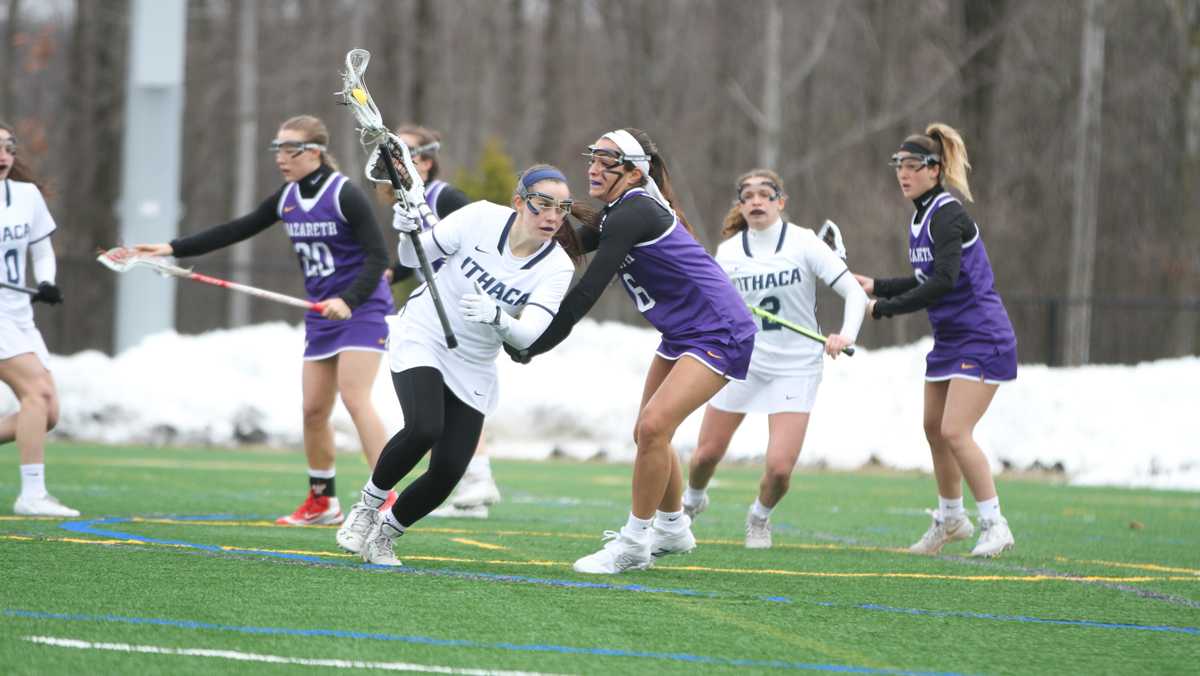 The No. 11 Ithaca College women’s lacrosse team kicked off its season with a 14–8 victory over Nazareth College on Feb. 24.

Seven Bombers scored at least one point during the contest, which included a hat trick from sophomore attacker Bailey Herr and junior attackers Allie Panara and Elizabeth Rice.

Defense played a huge role in the win as the South Hill squad forced 20 Nazareth turnovers and held the Golden Flyers to 19-of-25 clear attempts. The Bombers out-shot Nazareth 41–22 on the day and also out-shot them on goal 28–17.

At the start of the game, the Blue and Gold took an early 4–0. Freshman midfielder Rachel Rosenberg scored the first goal of the day. Panara then added two goals herself 10 minutes into the first half.

Heading into halftime, the Blue and Gold took a commanding 8–2 lead after a four-goal streak. After another quick goal to start the half, Nazareth started to shrink the lead and only were down 10–5 due to two goals by senior midfielder Katie Carroll. However, Herr scored twice to give the Bombers another big lead.

The South Hill squad will face-off against SUNY Brockport at 1 p.m. March 3 in Brockport, New York.