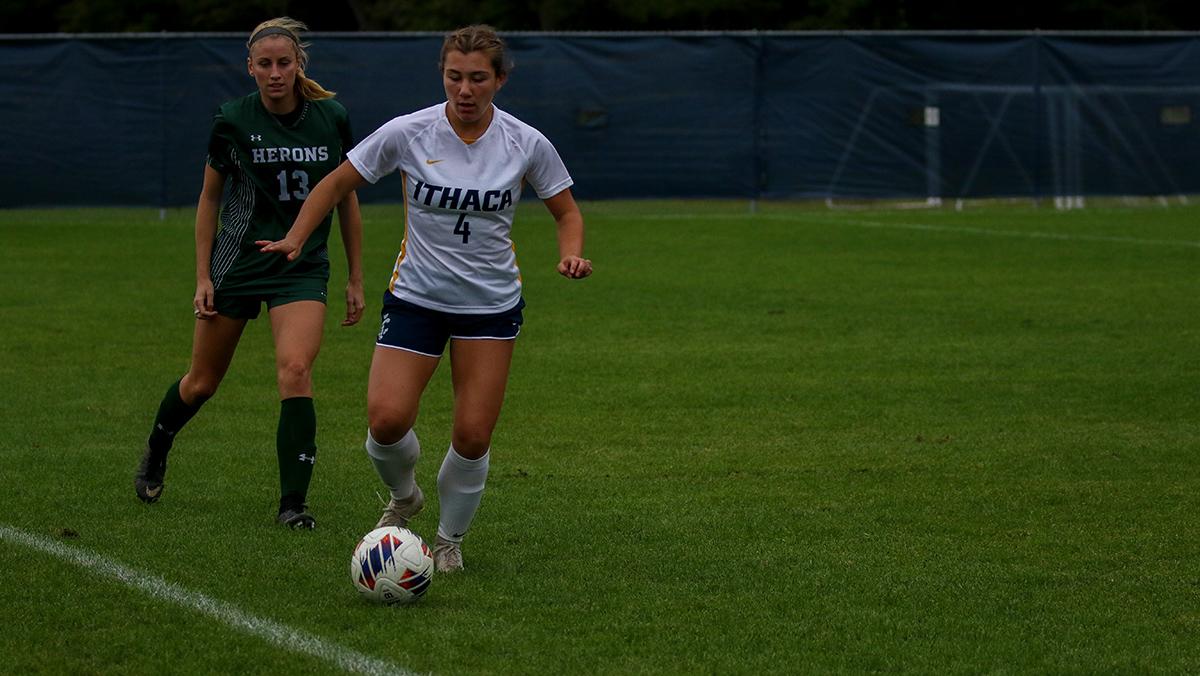 The Ithaca College women’s soccer team suffered a 3–0 loss to fifth-ranked William Smith College on Sept. 28 at Carp Wood Field. The Bombers struggled to build momentum against one of the top teams in the country, and the Herons got off to a hot start with three first-half goals.

The Herons scored early in the 11th minute, from a goal by junior midfielder Ava Ruppersberger. The ball deflected off a cross to Ruppersberger at the top of the box and she placed the ball in the top left corner for a 1–0 lead.

The Herons took a 2–0 lead in the 25th minute after senior forward Emma Faso’s intended cross was on target and found the back of the net.

The Bombers threatened to score with just over 10 minutes left to play in the half when sophomore midfielder Julia Cascone whipped in a dangerous cross, but nobody could get their foot on the end of it.

The Herons got a third goal from senior forward Julia Dimenna with just under five minutes left to play in the first half. The ball rolled right to Dimenna after a failed clearance, where she hit the shot from 25 yards out over sophomore goalkeeper Grace Hickey.

The Bombers came out with energy in the second half, opening up more attacking opportunities. The best chance of the game came early in the second half with junior forward Rosie Bostian serving up a perfect cross to first-year student forward Ava Detorie whose shot went just wide of the goal.

Bostian had an opportunity late in the half, dribbling through defenders on the wing. She entered the box and took a low shot that was pushed wide by the goalkeeper.

Junior goalkeeper Claire Reader came in and had an excellent second half for the Bombers. Reader made five saves in the half and helped the Bombers defense to lock down the Herons in the second half.

The Bombers could not manage any goals and William Smith College finished out the game to take the win.