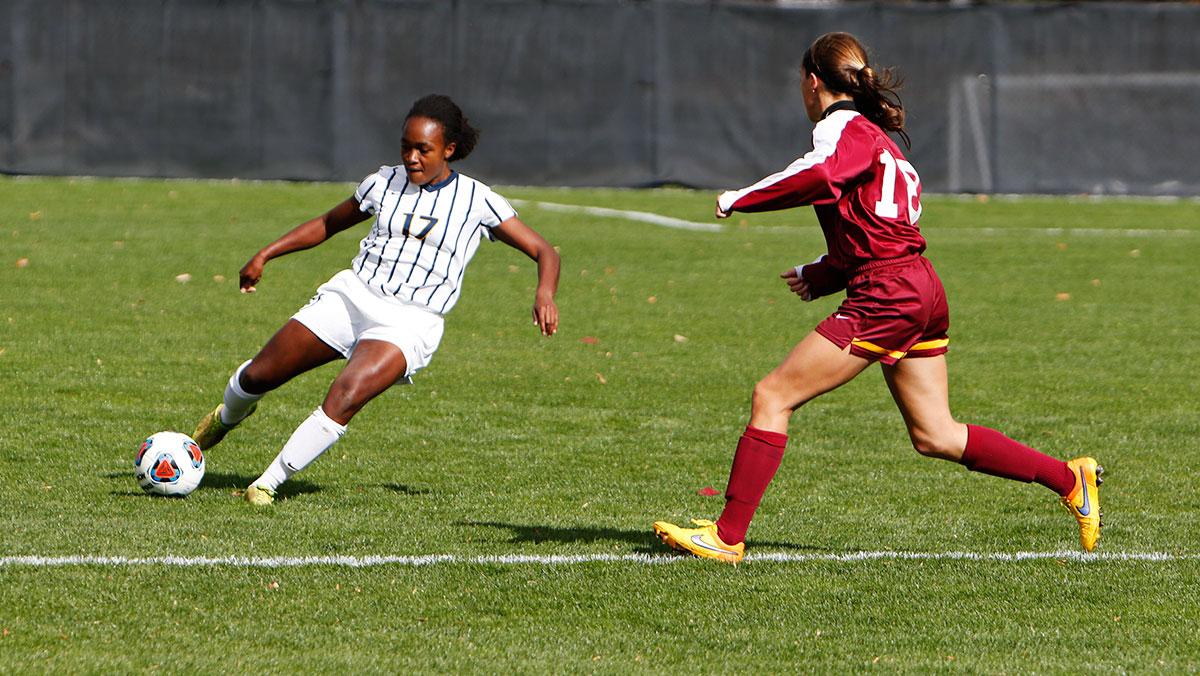 The No. 25–ranked Ithaca College women’s soccer team continued its success, tying the Nazareth College in double-overtime 0–0 on Oct. 24. The Bombers haven’t lost a game since they fell to SUNY Cortland 3–2 on Sept. 20.

The Bombers’ offense did everything it could in its match against the Golden Flyers, but could not manage to put the ball into the back of the net. In the first half, the Bombers collected five shots, while senior goalkeeper Beth Coppolecchia had one save. By comparison, Nazareth took four shots and its goalkeeper, Allison Dobles, had two saves.

In the second half, the Bombers offense came alive taking 16 shots but still were unable to put one in the back of the net, as Dobles was a rock, racking up 14 saves. Senior forward Kelsey King had a chance to win it for for the Blue and Gold with time winding down in the second half, but the shot went just right.

In the first overtime, the South Hill squad took two shots and the Golden Flyers took one, forcing the match to go into double-overtime, where Nazareth would end up taking two shots while the Bombers took one.

When all was said and done, the teams ended the game with a tie. The Bombers had taken 24 shots, 18 of which came on goal, and yet were still unable to find the back of the net. Nazareth ended the day with 12 shots of its own, six of which were on goal. Dobles was the star of the day, collecting 18 saves.