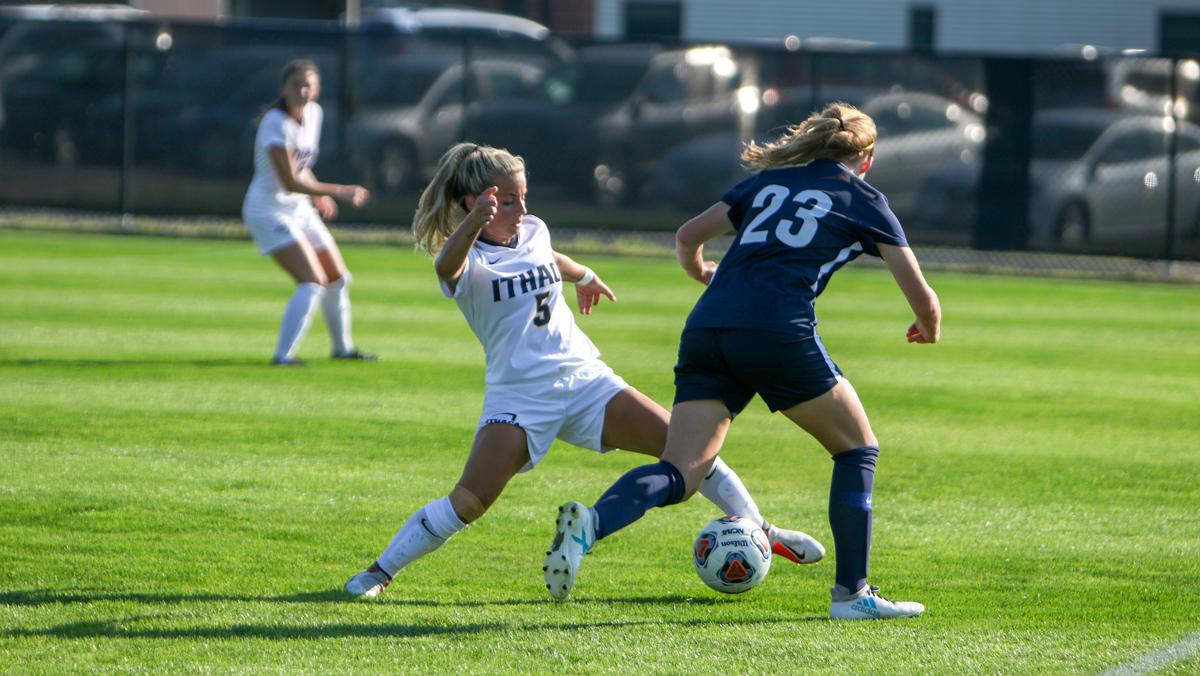 The Ithaca College women’s soccer team improved to 3–0 on the season as they edged out Wilkes University 1–0 Sept. 5 at Carp Wood Field.

The first half saw much of the action in the midfield, as both teams were defending well. Neither team had found the back of the net as the first 45 minutes were coming to a close.

The scoreless tie was broken, however, after 37 minutes of play when senior midfielder Shoshana Bedrosian took a cross from junior forward Ally Christman and snuck it past the goalkeeper.

For Bedrosian, it was her fifth goal in the three games this season, and she has caught the eye of head coach Mindy Quigg in more than one way.

“She’s a true leader for us,” Quigg said. “She’s someone that the women rally around and follow hard, and she’s playing exceptionally well right now.”

Late in the second half, the Blue and Gold faced a strong attack from Wilkes. Wilkes held possession for much of the final ten minutes, and fired three shots in that span.

Despite the late pressure, the Bombers were able to hold on to the one–goal lead with clutch defense and great play from junior goalkeeper Sara Jakobsze and come out with the victory.

Quigg expected more effort from the team to close out the game.

“I think we have a lot to improve on,” she said. “We got a result today, but I don’t think it was our best soccer. We’ve trained much harder and played much more organized in our training sessions than we did today.”

There are aspects from the match that Quigg said she believes the team can build upon as the season progresses.

“We can build on our momentum up top and keep working the ball out of the back. We’re doing a lot of really good things, we just have to keep getting better,” Quigg said. “We need to keep getting our middle level players to push hard to get more time on the field.”

The South Hill squad return to action at noon Sept. 8 at Carp Wood Field to take on Elmira College.