Women’s swimming and diving lean on experience this year 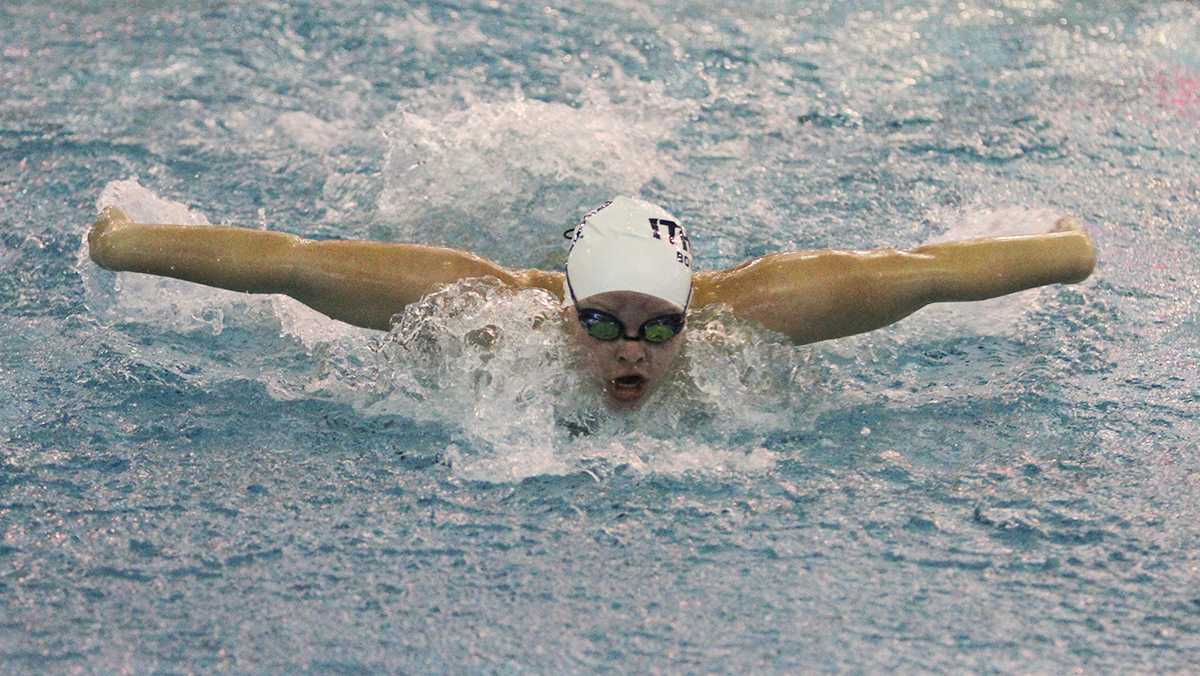 The women’s swimming and diving team is coming off an impeccable 16–1 season in its 2014–15 campaign, which included its 15th Empire 8 Championship title. This season, the squad is putting its focus on championship meets, head coach Paula Miller said.

With a young team that consists of 19 freshmen, the South Hill squad will reorganize itself and fill the spots of graduated members, senior Michelle Heidgerken said. Luckily, the incoming class has adapted quickly and bonded to form a cohesive unit, freshman Olivia Corlett said.

Heidgerken said the Blue and Gold are not letting their youthfulness get in their way, and she is eager to see what the underclassmen are capable of throughout the season.

“It’s exciting to see what a young class can do,” Heidgerken said. “It’s definitely a different dynamic having a young team. We lost a lot of girls who were All-Conference, but the talent we got coming in is just as good.”

Despite losing major contributors to last year’s season, such as graduated seniors Megan Buisman ’14, who was selected to be part of the All-Empire 8 Second Team, and Kylie Bangs ’14, who won All-Empire 8 First Team honors, Heidgerken said the Bombers are very confident they can still contend. However, she said the loss has greatly affected the team nonetheless.

Having won their 15th Empire 8 Championship and the Upper New York State Collegiate Swimming Association Championship, the Bombers will have to fill the spots of those missing.

Key swimmers and divers who will be returning include Heidgerken, who was named the Empire 8 2015 women’s swimming and diving’s Sportswoman of the Year, and sophomore diver Anna Belson, who earned All-American honors last season.

Junior swimmer Grace Ayer will also be a key member, as last season Ayer was a two-time Empire 8 Champion and three-time Empire 8 Runner-up, while also earning seven all-state honors. Ayer also set a program record last season with a time of 2:03.21 in the 200-yard backstroke.

Upperclassmen, such as junior Samantha Reilly, senior Megan Zart and senior Lauren Cox, will look to build on not only their successful individual campaigns, but also on what were successful relay teams in 2014.

A talented group of freshmen is also hoping to invigorate the team. Among them is Corlett, who said she does not see a challenge in being a new member of the team. Instead, she seeks to use that motivation with hopes of retaining the Bombers’ previous success.

“It’s exciting to come on to such a good team,” Corlett said. “Knowing that this is such a successful team really keeps you going and gives you something to work towards.”

The coaches are also under pressure as they try to fill the spots and get the freshmen ready to compete, something that Miller said she recognizes.

“The burden is on everyone, including us, as far as the coaches go,” Miller said. “We are trying to figure out where our strengths are and where our weaknesses are. Right now, we have a lot of weaknesses, but we have time in which to address those.”

This year will be Miller’s 32nd year as head coach of the women’s swimming and diving team, a tenure during which she has led the Bombers to 12 top-10 finishes at the NCAA Division III Championships.

The athletics department also announced the hiring of Chris Griffin in July. Griffin joins the department as assistant aquatics coordinator and diving coach.

The South Hill squad has started strong with a 2–1 record, defeating SUNY Brockport and SUNY Fredonia on Oct. 24. In the span of two meets, the women have already racked up 11 first-place finishes, including four from junior Lake Duffy, who has wins in both the 100-yard and the 50-yard freestyle. Belson has also finished in first place at Rensselaer Polytechnic Institute on Oct. 31 and in second place Oct. 24 in the 3-meter diving event.

With a dedicated coaching staff, a strong core of veterans and a strong recruitment of young swimmers, Miller said the Blue and Gold hope to compete for their 16th Empire 8 Championship title.

Heidgerken said she expects the Bombers to keep their success from last season going if the team continues to train hard.

“I think if we keep up the work we are doing in the pool and in the weight room, we will be successful,” Heidgerken said.