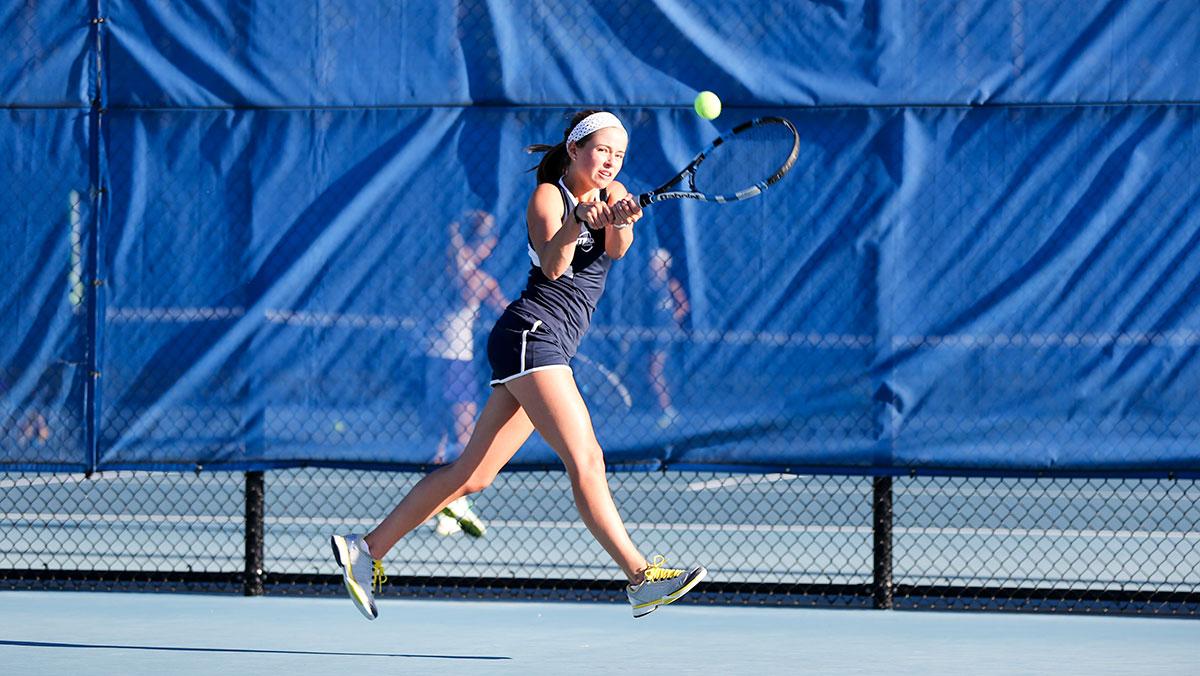 The women’s tennis team won its third straight contest Sept. 14 at the Wheeler Tennis Courts, sweeping Nazareth College by a score of 9–0.

Freshman Shayna Ginster and junior Jodi Grosberg rounded things off with a pair of wins of their own, as Ginster went on to defeat Elizabeth Karstedt 6–3, 6–0, and Grosberg triumphed with a 6–0, 6–0 win over Maeve Morgan.

First doubles team, junior Haley Kusak and senior Marni Blumenthal, came out with a strong 8–1 victory, although the pair got off to a shaky start.

Second doubles team, made up of freshmen Caroline Dunn and Shayna Ginster, fell behind early with a few mistakes. However, the two newcomers made adjustments to ensure an 8–5 victory.

Freshman Kathryn Shaffer and junior Sydney Greenspan were sharp, as they took care of business with an 8–1 third singles win.

On Sept. 19, the Bombers will travel to Hoboken, New Jersey, to play Stevens Institute of Technology, before coming back home to face off against Elmira College at 4 p.m. Sept. 22.