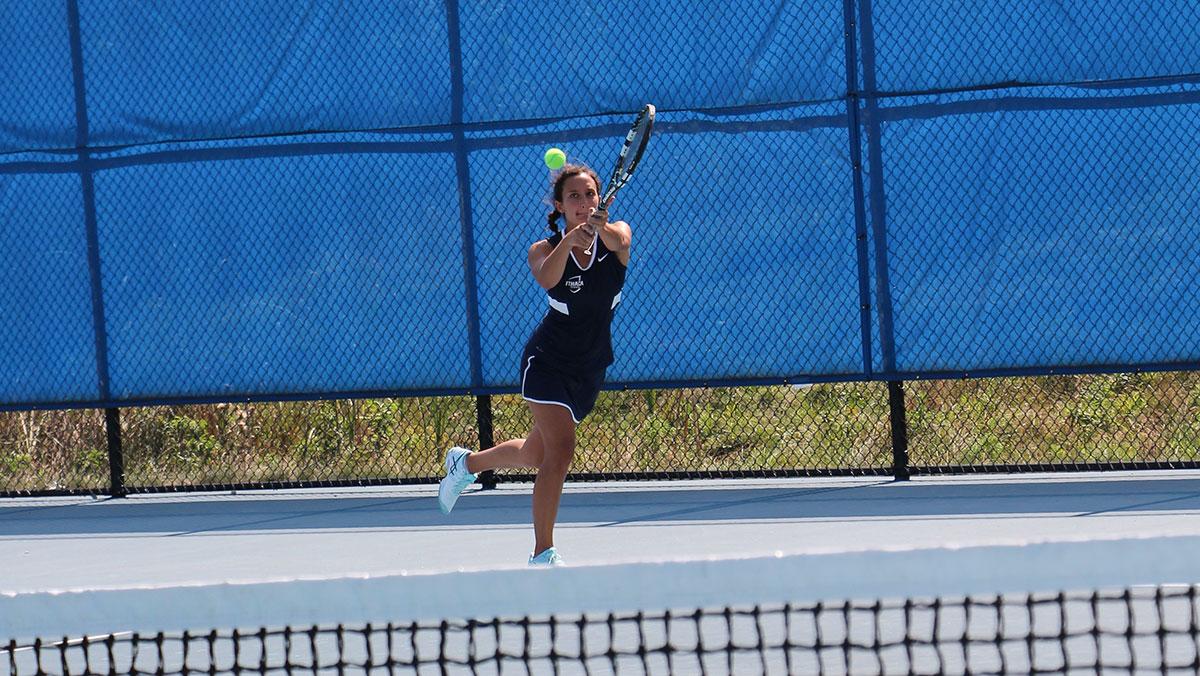 In singles matches, the Bombers won six out of eight. Freshman Brianna Ruback went undefeated in both her sets, winning both 6–0. Kusak went 6–1 and 6–0 in her sets. Dunn won her first set 6–3 but lost in the second to push a third and final set. Dunn eventually won the third set.

Head coach Bill Austin said that the match was a tough start for the Bombers to begin their season, but it overall will help them prepare for the Empire 8 tournament.

“The big picture is having our best game come tournament time,” Austin said.

Sophomore Taylor Ginestro said that the team is just getting started and is adapting to getting back into the game.

“I think we all started off a little shaky because it was our first match of the year, but we pulled it together,” she said.

Austin said that the team will continue to grow and improve on the Bombers strengths and weaknesses.

“It’s not our best tennis we’re going to play throughout the season; we want to be able to sustain the good stuff for a larger amount of time,” he said.

The Bombers return to the court against Utica College at 4 p.m. Sept. 7 in Utica, New York.