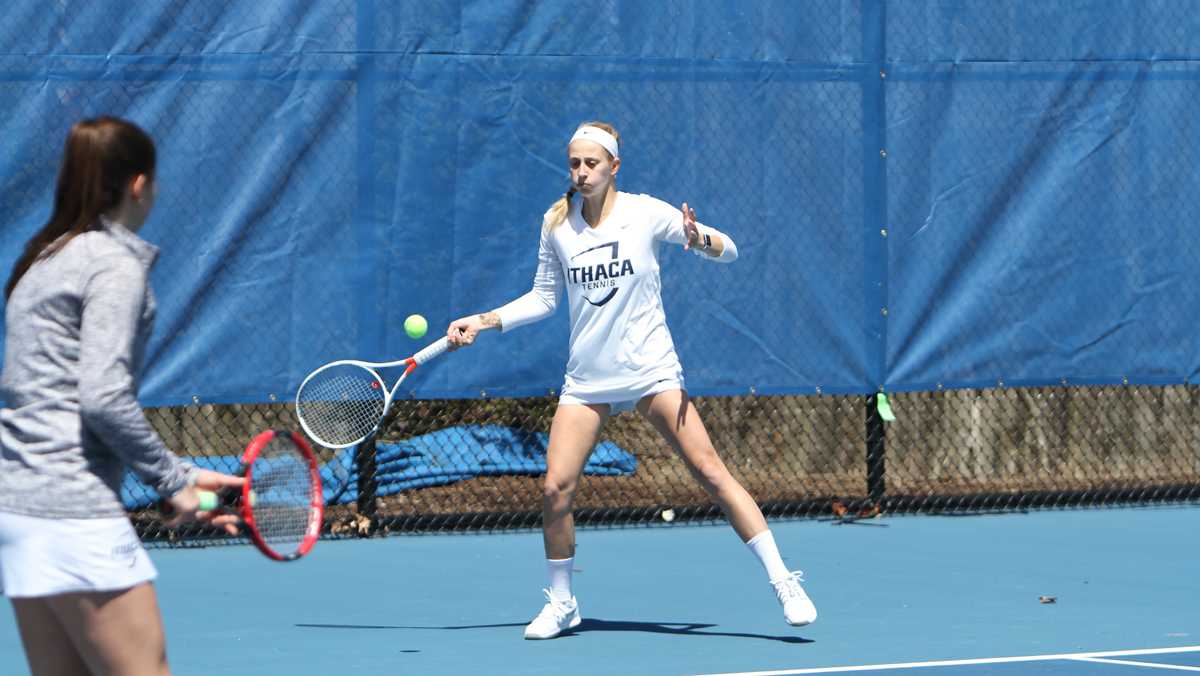 The Ithaca College women’s tennis team got its second Liberty League Conference win of the season with an 8–1 win over Bard College April 21.

After leading 3–0 in doubles play, the South Hill squad went on to only lose one singles match the whole day. Ruback defeated Esposito in three games 6–2, 4–6, 10–8. Ginestro defeated Zacharius in a clean 6–0, 6–2 victory. Steinberg went up against Bowen and won 6–1, 6–2.

To conclude the singles matches, sophomore Parley Hannan earned her second win of the season by defeating Bard freshman Elizabeth Nicholson 6–1, 6–1. Senior Sam Brown earned herself a victory by defeating Grunblatt 6–2, 3–6, 13–11. The only member of the Blue and Gold to lose on the day was Dunn, who lost to Kachalova 4–6, 6–2, 10–4.

The South Hill squad is back in action at 4:30 p.m. April 26 when they host Hamilton College at Wheeler Tennis Courts.