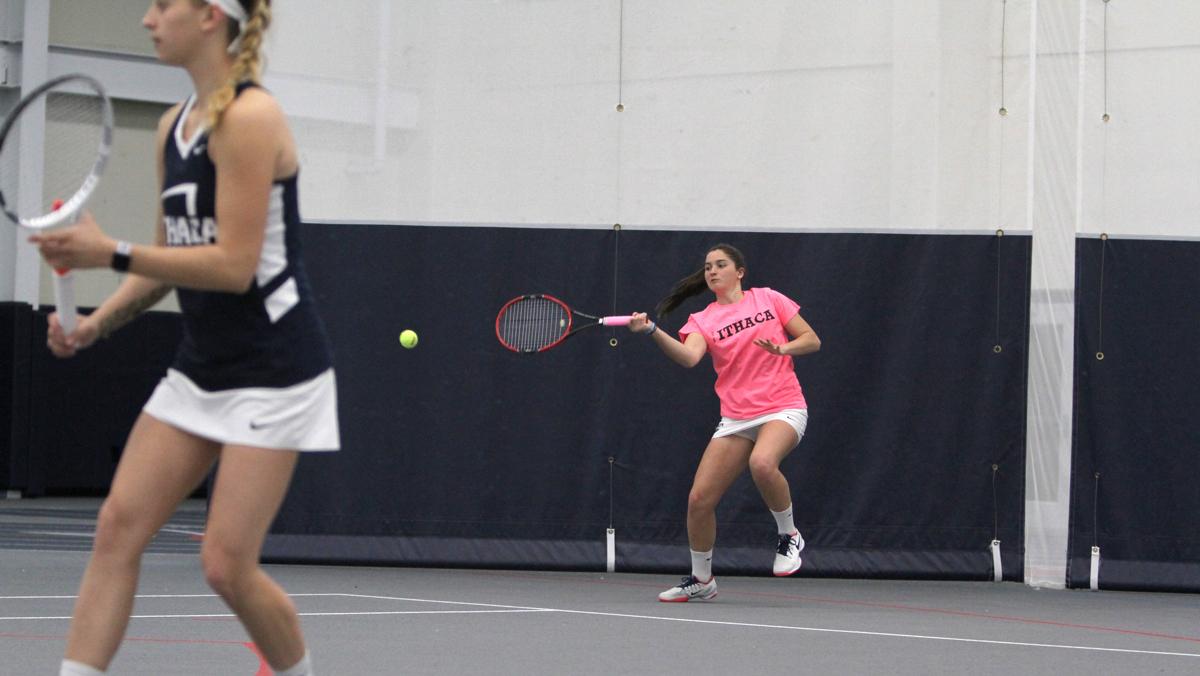 ELIAS OLSEN/THE ITHACAN
Junior Caroline Dunn returns the ball back over the net during the Bombers' 8–1 loss against Connecticut College on April 29.
By Jack Murray — Staff Writer
Published: April 29, 2018

The Ithaca College women’s tennis team was defeated by Connecticut College 8–1 at Glazer Arena on April 29. This was the final match of the season for the Bombers, who finished 4–11 on the year.

This was the first time since the 2005–06 season the Bombers will not be participating in the NCAA tournament.