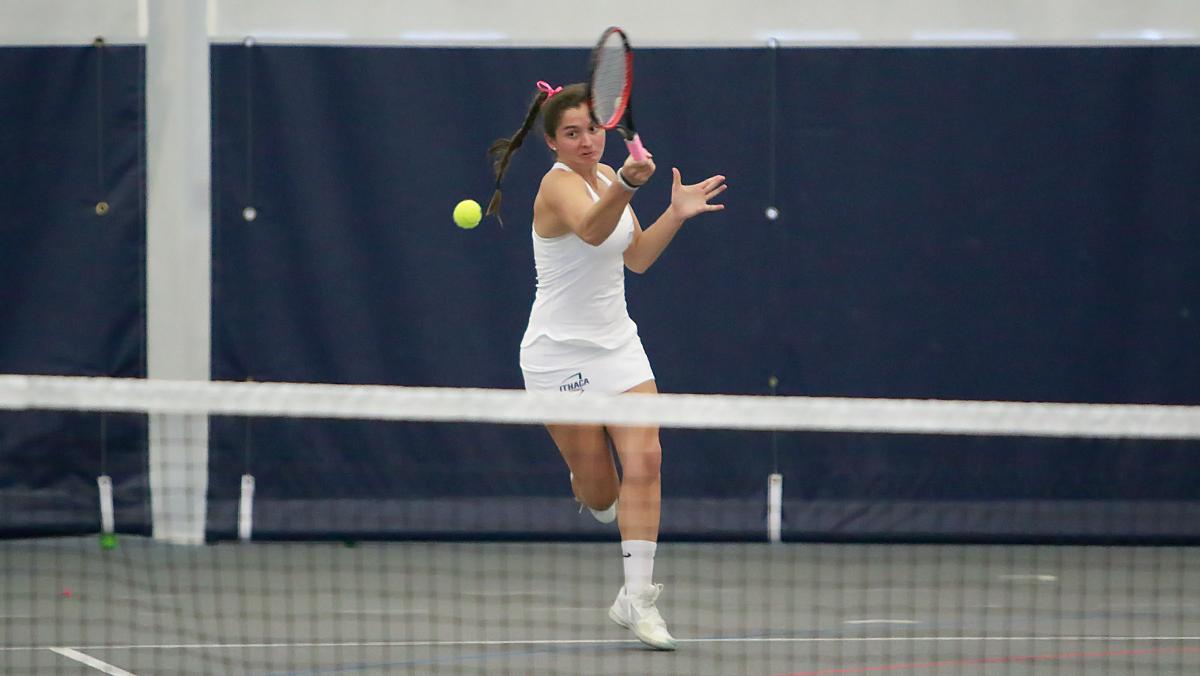 With this win, Kusak became the all–time leader in doubles wins for the Bombers with 67.

“It means a lot,” Kusak said. “I honestly didn’t realize until a couple matches ago that I could potentially have that record. It was really, really exciting, and I was super relieved after we won today because it was a tough match.”

Singles play did not pan out as well for the Bombers, as only two of four singles matches were won.

Ruback and Ginestro led the Bombers’ singles victories. At second flight singles, Ruback pulled out a 6–2, 6–4 win over Keyte.

“Hamilton is really solid, and I think everyone tried really hard and gave it their all today,” Ruback said.

Ginestro battled against Morse and won her sets 6–3, 6–2. Alkhazov was unable to defeat Forrester, and fell two 6–1 sets.

The Bombers have one non-conference match left but still have work to do for the remainder of the post-season gearing up for tournament play.

“We have to work on singles a little bit,” assistant coach Jordon Smith said. “I think our doubles were actually pretty good today. Flip around our singles and hopefully we’ll turn around at Connecticut College.”

The Blue and Gold’s next match is at 9 a.m. April 30 when they travel to Connecticut College where they look to turn things around against the Camels in New London, Connecticut.