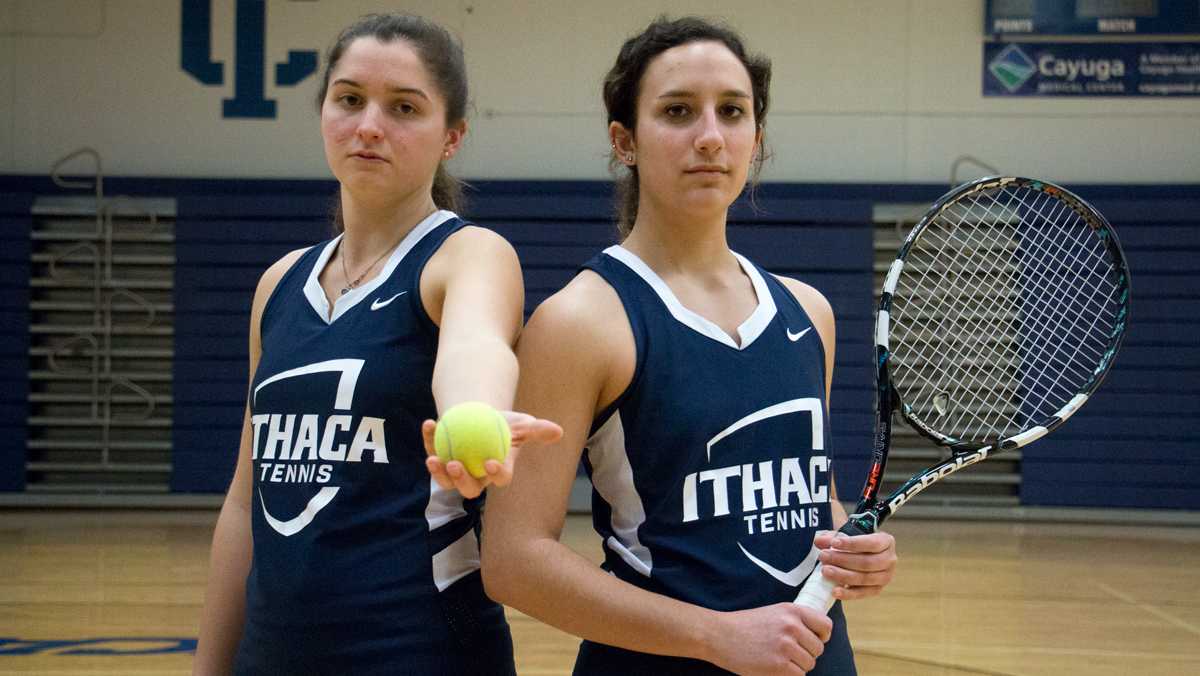 The 2018 season for the Ithaca College women’s tennis team is a season of change. The Bombers are not only entering a new league, they are switching from a fall sport to a spring sport.

The majority of the athletic programs at the college have transitioned into the Liberty League Conference. For the women’s tennis team, this is not only a completely different set of opponents, it also runs its season in the spring, which is different from the Empire 8 Conference, which competes in the fall. Head coach Bill Austin said he doesn’t believe this change will affect the Blue and Gold significantly.

“We technically moved from the fall to the spring, but we really just changed the season of our conference play,” Austin said. “The conference matches are now where they should be — I’ve always been an advocate for moving conference play to the spring because that’s when the NCAAs take place.”

However, the team still had to adjust to the different preparation for each season. While the fall has always been the heart of the season, it now serves as a tune-up. While the winter had been focused on improving for the next year and also preparing for NCAAs, now it is focused on getting ready for their league season. Junior Taylor Ginestro said the change put off-season training more in the hands of the individual players.

“The main difference for us this year was that we didn’t play any matches in the fall aside from a couple tournaments,” Ginestro said. “This meant that we needed to hold ourselves accountable to continue training and working out so as to be ready and in shape for the spring.”

Last season, the South Hill squad finished 13–8 overall, winning the Empire 8 Conference championship in the process. They qualified for the NCAA tournament but fell 5–3 in the opening round to Nichols College. The Bombers lost two seniors in Haley Kusak and Jodi Grosberg, but junior Caroline Dunn believes they will be able to do some damage in the Liberty League.

“This year our goal is to make it to the Liberty League Conference Championships as a team,” Dunn said. “Also, I would like to see more hard work and confidence on the court amongst our whole team. I’m excited to enter the Liberty League because in the Empire 8 league, we were not really challenged, so it’ll be a nice change of pace for us. We have been working hard in practice and conditioning in order to be ready to compete.”

The move to the Liberty League has significantly improved the competition level for many of the Bombers sports teams, and the women’s tennis team is no exception. The Blue and Gold had won 13 straight Empire 8 championships but have had several first-round exits in the NCAA Tournament. The Blue and Gold hope the transition into the Liberty League will increase the competition level.

“The Liberty League is a very good tennis conference top to bottom,” Austin said. “The competitiveness of each and every conference match is going to be critical. We must raise our competition level and be ready to go.”

Another feature of the team is the small roster they will be fielding. They only have seven players on the official roster, but a new player, Parley Hannan, a sophomore transfer from Maine, has recently joined. Dunn said that junior Kathryn Shaffer and freshman Sara Steinberg have stood out and are primed to have strong years.

“Dealing with a small roster can be challenging at times because we really have to be conscious of injuries because of our lack of numbers,” Dunn said.

The Bombers have high hopes for this upcoming season, and the change in season has left them buzzing to get back on the court.

“The team is really excited heading into the season,” Ginestro said. “We know that the competition is going to be a lot more intense and are excited for the challenge.”

IC men’s and women’s tennis compete on the road