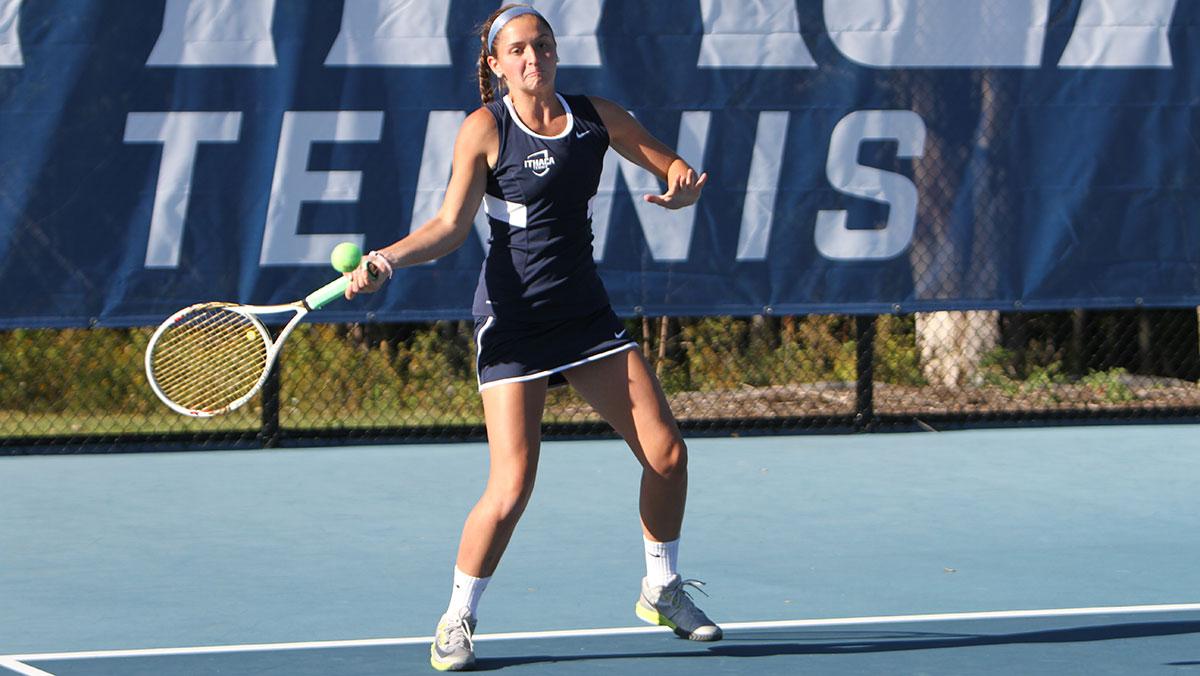 The women’s tennis team continued its undefeated streak this season with its 9–0 victory over Elmira College at the Wheeler Tennis Courts, improving its record to 5–0 on the year and 5–0 in the Empire 8 Conference.

It is the fourth time this season that the Bombers have not allowed their opponent to win a match throughout the entire contest.

The Blue and Gold started off winning all three doubles matches. Head coach Bill Austin said the doubles matches are incredibly important because they set the tone for the rest of the competition.

“Doubles start every match. It creates momentum, it creates positive attitudes, it can set the match on the right track if they are played well,” Austin said.

Freshmen Kathryn Shaffer and Caroline Dunn ran into some problems against Elmira’s Stephanie Tock and Megan Fitzgerald. The match changed leads multiple times, but Shaffer and Dunn ended up winning the match 8–5.

The Bombers showed their dominance when it came to singles, winning all six matches and never dropping more than one game in a set. This included 6–0, 6–0 victories from Lair, Dunn, Shaffer and senior Marni Blumenthal. Grosberg also won her match 6–0, 6–1.

In the match of the No. 1 singles players, Kusak defeated Yoshino 6–1, 6–1 in a match that seemed much more even than the scoreboard would show. On many rallies, the two would seem very evenly matched, but every time Kusak had an opportunity to win a point she capitalized on it.

Kusak, who was not completely pleased with her performance overall, said her defense was the key to her success.

“I think I played defense really well. There were some long points, and I think I did a good job of keeping the ball in play to extend the point,” Kusak said.

Austin, who was impressed with the way his whole team played, said their dominance in singles was very impressive.

“We were very good in singles. Our doubles play needs some work, but our singles looked very sharp,” Austin said.

While there were not many redeeming qualities of the match from Elmira’s perspective, head coach Tom Linhart said the way his team competed against a strong opponent impressed him.

“I’m really pleased with the way we competed taking on a top pedigree team in our conference,” Linhart said.

The Bombers will compete next Sept. 26 in the ITA Northeast Regional tournament at William Smith College in Geneva, New York.