Women’s tennis vying NCAA bid with a bounce back year 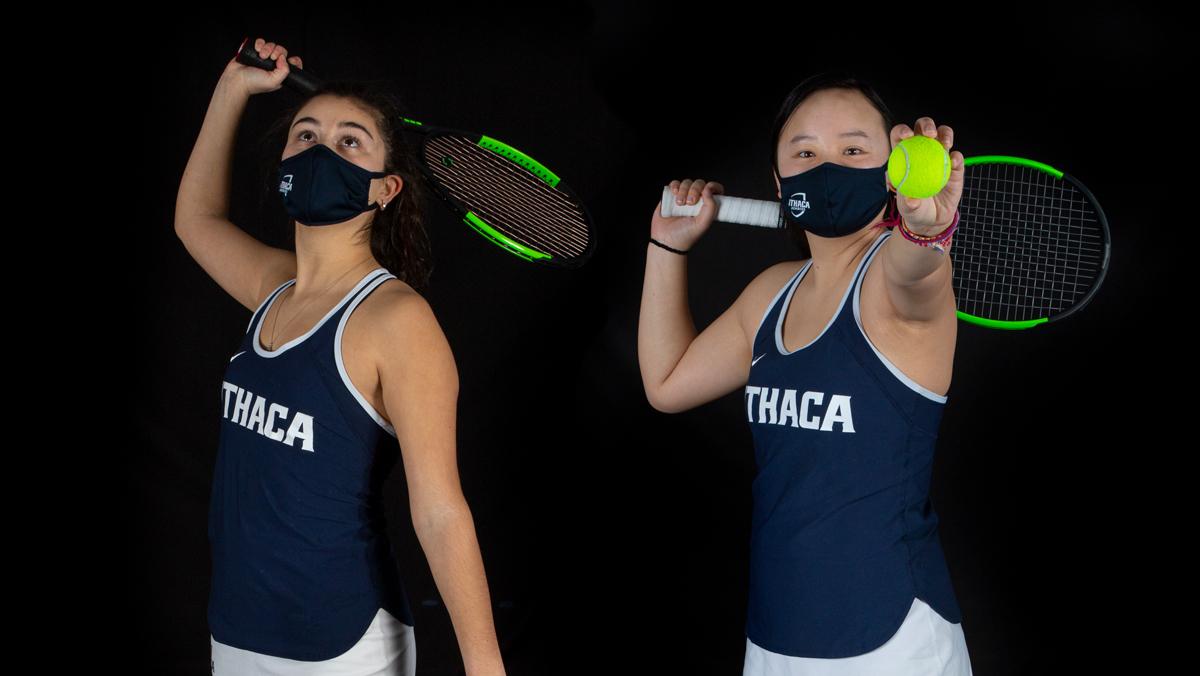 When Ithaca College senior tennis player Sara Steinberg stepped onto the surface of Glazer Arena in January for practice, one word encapsulated her feelings: relief.

While an exact schedule is still yet to be determined, the Bombers are excited to be back in action. For sophomore tennis player Sarah Sposito, the upcoming season will not be taken for granted.

“I think the difference is that we appreciate this season more,” Sposito said. “We finally realized what it’s like to not have tennis in our lives. Some of us couldn’t get out on the court because of where we live or a lack of resources, so I think we’re all just a lot more appreciative for the opportunity to be back this season.”

The Spring 2021 season will be an opportunity for the Bombers to assert themselves in the Liberty League. In the team’s last full season, 2018–19, they were unable to find much success and went 3–14 with a first round exit in the Liberty League tournament. However, that performance was not going to be repeated last season, as Brianna Ruback ’20 and second-year graduate student Jane Alkhazov were set to have strong final seasons. A large freshman class would have also resolved low roster numbers from the previous two seasons.

Head tennis coach Chris Hayes said that last year was going to be a huge step up for the team, and this year should be no different.

“We’re looking a lot like we did last year,” Hayes said. “We have had a lot of people who have come back and improved, including [sophomore Rebecca] Andrews. She has improved a ton since last year. [Sophomore] Zoe Davis has also shown a lot, but overall everyone is just improving. We are not as deep as we were last year, especially without Bri [Ruback] and Jane [Alkhazov], but we will still be a tough out.”

Andrews and Davis both stepped in last season and received regular playing time in singles play. Sposito also received valuable time as a freshman, and she said that she hopes to stand out more on the court this season while growing as a leader.

“I hope to make more of a presence on court this season,” Sposito said. “This year especially, I’m realizing that I want to make more of an effort to get everyone motivated to perform on the court, but also just be close and show love for each other off the court as well.”

Steinberg, the team’s lone senior, has been a key contributor to the lineup each season for the Bombers. This led to her selection as team captain for this year, which she said spoke to her leadership style.

“I think there’s a lot of responsibility that goes with it,” Steinberg said. “Everyone around me is supporting me, so that’s very nice to think about, and my coach advocates for my leadership skills, so I look forward to it.”

The Bombers will be playing a schedule this season that is primarily in the Liberty League to prioritize competition with similar COVID-19 protocols to the college and league. Steinberg said that getting back to these rivalries will be exciting, specifically Rochester Institute of Technology and William Smith College.

“I know that some teams in our league aren’t as strong as they had been in the past,” Steinberg said. “I think they’re going to be competitive matches for sure, and I am hoping that we can come out on top. We have a strong team this year, like we had last year, so as long as we stay positive and keep our training up, I think that we have a better shot to find success in the league.”

Hayes said as long as the team focuses, it will be able to continue the momentum it started last spring.

“We got robbed last year,” Hayes said. “Physically we are in a good spot, but we need to mentally dig in and believe that we can compete with teams like Skidmore [College], who are the top of the class and are who we are aiming to beat. If we can’t beat them this year, we want to be at least nationally ranked and have a chance at an at-large bid for the tournament.”

Sposito said that above all, competing for the college is going to be an overwhelming feeling.

“I love representing Ithaca,” Sposito said. “I take pride in the school and am excited to wear the uniform on the court.”