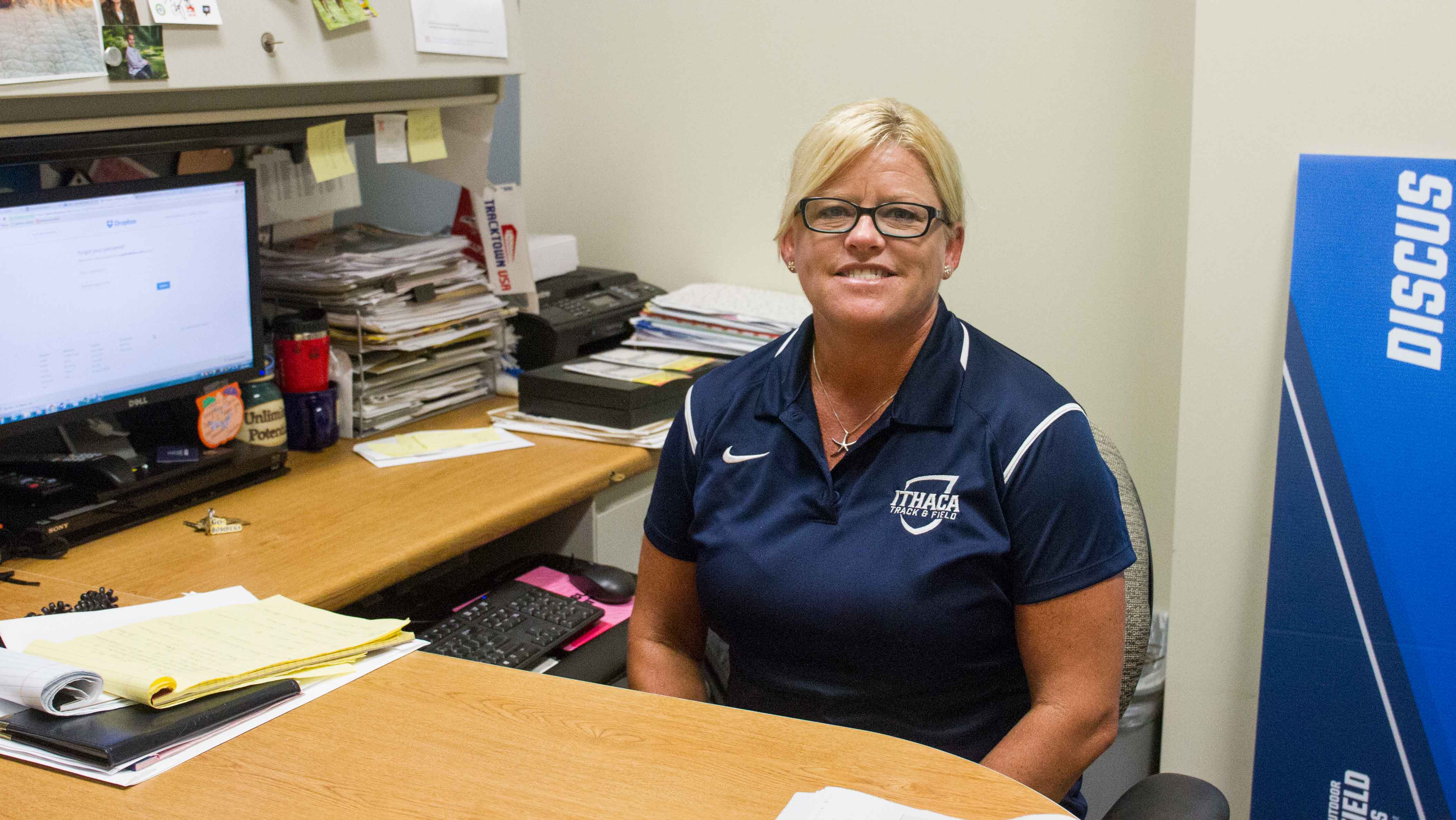 While her runners were preparing for preseason over the summer, Jennifer Potter, Ithaca College women’s track and field head coach, was also serving as a coach in another capacity outside the United States.

Potter was selected to travel to El Salvador to serve as the assistant jumps coach for the USA Track & Field Under-23 National Team at the North America, Central America and Caribbean (NACAC) Championships on July 15–17.

Potter has experience working the USA Track & Field, as she was chosen to be assistant jumps coach for the Panamerican Junior Athletics Championships in Edmonton, Alberta, from July 31 to Aug. 2, 2015.

Assistant Sports Editor Lauren Murray spoke with Potter to discuss her experience in El Salvador, what she learned with team USA and how she obtained the position.

Lauren Murray: How do you get the position as the assistant jumps coach for the USA Track & Field Under-23 National Team at the NACAC Championships?

Jennifer Potter: A couple of years ago I applied to be on a staff, and basically, you click off when you are available for any international team, and that was for the 2016–2017 seasons. You pick what you’re interested in, and I put jumps, sprints, hurdles, relays and multis. … A year ago, so 2015 in January, I was chosen as the Pan–Am. Juniors Under-19 jumps and multis coach, so last summer, I went to Edmonton and coached that team. Then I was notified this past February that I was chosen again to be the NACAC under-23 jumps coach this past summer. So basically, it’s an application process that I applied for a staff to be in the 2016 and 2017 seasons, and I was fortunate enough to get two appointments. To be honest, I did not expect to get a second appointment after already receiving one. So that’s basically how it works. It goes through committees, then the USA Track and Field at their convention.

LM: How did you manage jumping right into coaching this team without prior management?

JP: It is a unique experience that you basically don’t know these athletes, and they’re coached by other people their entire careers until you meet them literally at the meet. Basically, before the meet happens I get in touch with the coaches and the athletes and found out how I can best support them at the actual meet. … Some coaches of the athletes I was responsible for had their own personal coach there, and some of them came just for the competition, so I helped them with their practices the days before, but some of them did not have any personal coaches there. … Many of them had just come from the Olympic trials, and so I wanted to see how their last meet had just gone.

LM: How was your experience different this past summer than when you coached at the Pan–Am. Junior Athletics Championships?

JP: It was quite a bit different to be honest. It was the age group I think was a big difference. Most of the under-19 team was either high school student–athletes or student–athletes who just completed their freshman year of college, whereas most of the athletes I had on the under–23 team either just completed their collegiate career or had a year or two left of their collegiate career. The maturity level was a little bit greater on most. I had some very mature under-19 kids. I mean, I coached Vashti Cunningham last summer, who won the world championships this past winter and went to Rio. It was just different, and these are more probably future Olympians, and we had some Olympians on the team who went to Rio. A little bit more of a higher–level experience and performance.

LM: What did you learn as a coach from these past two summer experiences?

JP: It confirmed that what I do is really no different than what a lot of other programs do. Some people think, “Oh, you’re Division III. You don’t know as much, or you’re not that good.” But we’re doing it a lot like everyone else is doing. And a lot of Division I programs have different resources than we do to attract that type of athlete. But I just learned … little different things here and there from the athletes and the other coaches on staff. Different types of drills, different ways to approach things psychologically and physiologically. It was just, to me, like a great learning experience because I would be like, “Hey, can I watch you practice?” I didn’t go to just my own practice. I’d go to the relays practice or the throws practice and just watch what these coaches or these athletes do. It’s just a great learning opportunity.