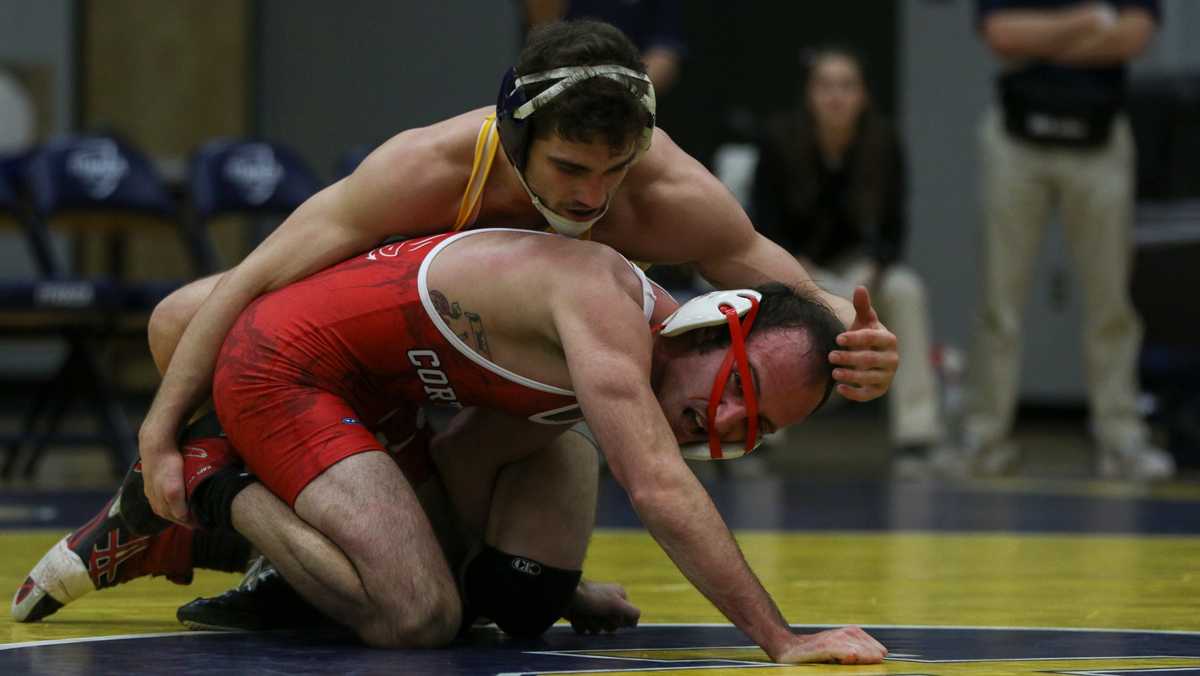 The No. 3 ranked Ithaca College wrestling team swept the Rumble and Tumble meet against Cortland by a score of 46–0. This was the last match of the regular season for the Bombers as the team ended their season on an eight-match winning streak and a final record of 14–2.

Colom said that this win is huge for him heading into the final stretch of the season.

“It was a big confidence booster,” Colom said. “I feel really confident that I can do big things this year.”

Sophomore 141-lbs Ben Brisman kicked it up for the Blue and Gold with a major decision over freshman Matt Maquet. The 149-lbs junior Demetri D’Orsaneo followed Brisman with a victory by decision over junior Matt Norris. Junior Austin Whitney then defeated senior Greg Chery in the 157-lbs weight class.

South Hill squad 165-lbs senior Nick Velez earned the first pin of the day for the college over freshman Charlie Buckley. Senior Jaison White followed with a decision win in the 174-lbs weight class against senior Adrian Berry. Junior 184-lbs Jake Ashcraft then had a come from behind victory against senior Deuly Espinal.

Marty Nichols, head coach for the wrestling team, said that the team did well, and that even when they were behind in a match, they found a way to fight back.

“We had a lot of really good comebacks,” Nichols said. “It was a great effort by everybody.”

Nichols was impressed by the team’s performance and has a positive outlook for the team as they head into the regional meet and NCAA meet.

“All we can do is just keep getting better and it was a great match and a great way to end the year,” Nichols said. “I think we’re just starting to peak so I think we are going to be ready to go when it comes to the regionals.”

No. 3 wrestling dominates against Wilkes University