Wrestling looks to pin down competition in upcoming season 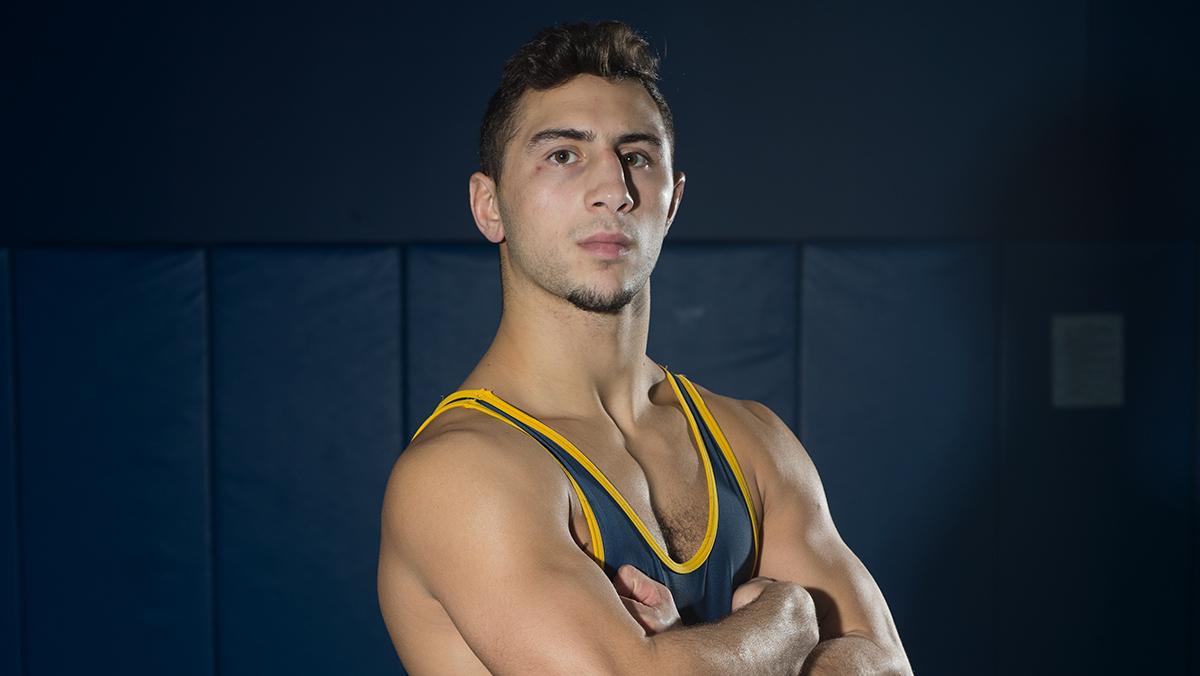 Coming off its third straight victory in the Northeast Regional Championships, the Ithaca College wrestling team is looking to achieve its main goal: win a national title, which is something the team has not done in more than two decades.

The Bombers, who ranked second in the nation last year, placed 14th at the 2016 Division III Championships in Cedar Rapids, Iowa.

Head coach Marty Nichols, who is entering his 21st season leading the Blue and Gold, said that if it were not for a few minor technicalities, the team’s fortunes would have been even greater than they were.

“We lost a couple of close matches at the nationals last year, both in the third period,” Nichols said. “If we won both of those matches, we’d been in the top six. But we lost them both, so we ended up 14th. So it’s that close to where you finish. A match here, two points there. A pin here, a pin there.”

Velez placed seventh in the 164-pound class at last year’s national championships. He said he was pleased with the honor of being named an All-American but that it was not the highest honor he hoped to achieve.

“I was definitely looking for winning the title,” Velez said. “But sometimes when you shoot for the stars, you land on the clouds.”

Velez also said he is looking forward to another shot at chasing the national title in his weight class.

“It definitely motivates me in the way that I want to redeem myself, and I want to get back, and I just want to go all–out,” Velez said.

Kaishian, who was awarded captain last season and this season, said the All-American honor he earned last year gave him confidence, and like Velez, he has the same mindset heading into the season.

“I’m not complacent,” Kaishian said. “I fell short of what I wanted to do, and I think I still have goals to reach.”

While the South Hill squad is bolstered by its sturdy veterans, Nichols said the underclassmen play an equally significant role on the team.

“The youthful guys come in, and they have lots of energy,” Nichols said. “It keeps everything upbeat. The older guys — they can teach the younger guys how to stay in position and do those different things. … I think that’s the chemistry of the team — a good combination of all these guys working together.”

The sophomore class is headlined by Jake Ashcraft, who finished in fifth place at regionals in the 184-pound division and compiled a record of 32–9.

As for the freshman class, the Bombers recruited four high school wrestlers who ranked in the top 10 in their respective states. Sam Schneider and Ben Brisman ranked fourth and seventh in New Jersey in the 141- and 149-pound classes, respectively. Tanner Nielsen and Theo Chazkel ranked fifth and sixth in New York in the 184- and 197-pound divisions, respectively.

The Bombers opened up their season Nov. 4–5 as they hosted the Ithaca Invitational at the Athletics and Events Center in the Glazer Arena. The Bombers came in first and had six individuals collect weight class titles.

Kaishian said he is excited to kick–start the squad’s pursuit of the program’s first national title since the 1993–94 season.

“The goal is always to win a national championship,” he said. “As a team, I think we are definitely in a position where we could do some damage at nationals.”