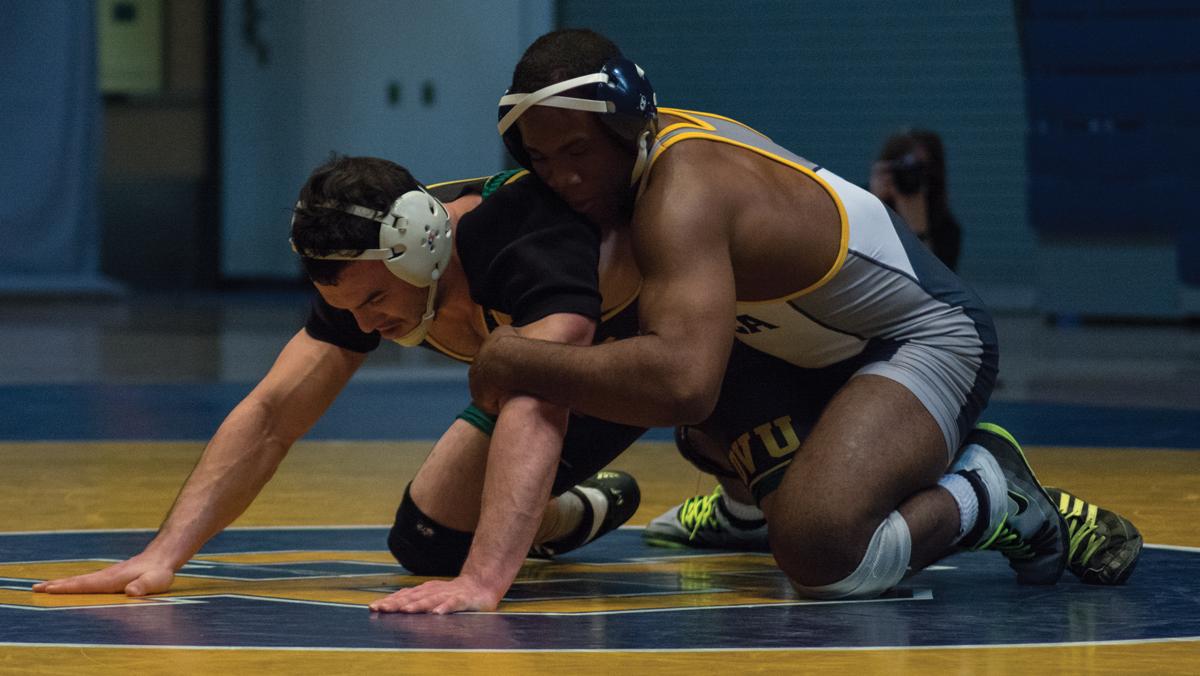 Every year, more colleges and universities are adding wrestling programs, and with that, teams are moved around to maintain properly proportioned divisions.

The NCAA regional realignment moved the Ithaca College wrestling team from the Northeast region, where it had competed since the 2012–13 season, into the Mideast region for the 2017–18 season.

Head coach Marty Nichols said the increase in the number of teams forces the NCAA to shake up the regions.

“They are adding like six to eight teams each year, and it’s been happening for like the past five to six years,” Nichols said. “There are just too many teams in certain regions, so they have to keep maneuvering it and changing regions.”

In the wrestling team’s history in the Northeast Region, the team placed among the top two teams in the region for the past five years. While the team is currently ranked No. 3 in the country according to a National Wrestling Coaches Association/USA Today poll, the competition that the team will face at the regional tournament is going to be different.

Nichols said that the Mideast is already a very competitive region compared to most in the country and that with the arrival of his Bombers, the region is only getting more competitive.

The main difference in the regions is the overall competition. While the team competed in the Northeast region, they had to face Johnson and Wales University, which is currently ranked No. 4 in the country.

In the Mideast, the Bombers will be up against stiffer competition. This includes SUNY Brockport, Stevens Institute of Technology and Centenary University, which are ranked 16th, 17th and 18th in the nation, respectively.

Although there is an increase in competition, the Bombers are not afraid of it. Junior Ferdinand Mase said he believes the higher competition is good for them and is what they look for every time they take to the mats.

“I think it’s great because at the end of the day, we all want to be All-Americans,” Mase said. “Wrestling these better guys is something that we never really shy away from, and these are just more opportunities for us to just get better, prove ourselves and to really earn that spot at the National Tournament.”

Though this is the team’s first year in the new region, the college was awarded the bid to host the regional tournament this year.

“We submitted a bid based on events that we had hosted in the past that are of similar scale,” Rothermel said. “They gave us the opportunity to host a regional, which is the really exciting part.”

Both Mase and Nichols said getting to host the regional tournament will give the team extra rest before the tournament and allow them to keep the routine that they are used to.

“It is great to have it here so that fans and people on campus get to see what we actually do,” Nichols said. “The guys will get to train here, know what they are going to eat, know where they are going to sleep and all that kind of stuff, so they stay in their routine, and that’s the most important thing.”

The Mideast Regional Tournament will take place Feb. 24 and Feb. 25 in the Athletics and Events Center at Ithaca College.

Wrestler trains with Olympians to improve after last season