“We need more paper,” Sango said as he was balling up wads of old newspapers around some small rocks.

“Here, HERE! I have some,” yelled Sipho.

Making a soccer ball takes a lot of work. Finding the old newspapers and rocks were easy, the ground outside was littered with both. Compacting the paper around the rocks was hard and took a while, especially in the hands of a ten and a five year old.

When a ball shape was formed and it was hard enough to not unravel, the boys rolled it tightly in saran wrap so it would not unfurl while being kicked across the vacant lot next door.

“It is done,” announced Sango “Now we play.”

The boys had never been to the world cup stadium in Cape Town, but lived in sight of the omnipresent Table Mountain that shadowed the stadium and the city. They had watched several of the games on a neighbor’s TV, but never saw any players or heard the screeching vuvuzelas. Life in a township does not often allow for such luxuries.

Sipho could name every player on the South African team’s roster and Sango knew who had the best stats for what.

The game was dusty. Dirt kicked up by the players hung in the hot air and slowly drifted downwards after coating the players. A broken car marked one goal, a pile of rocks another. You didn’t need anything official to play in a township. 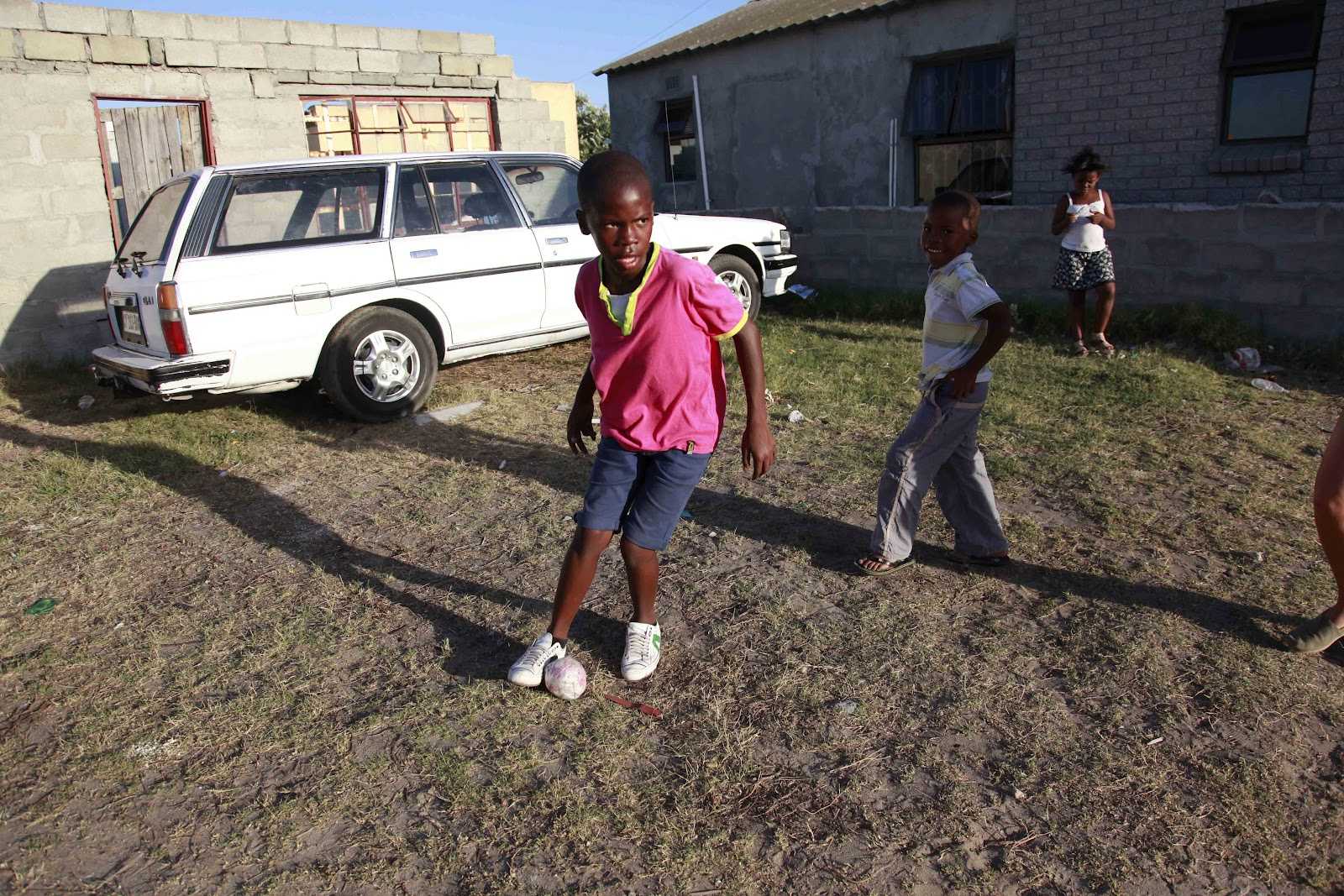 The sweat rolled down their bodies, cape flats is hot under the afternoon sun.

The players converged near one goal; they turned into a frenzy of arms and legs trying to chase after the ball.

Score one for the home team. A goal for Sango.

The game restarted in the center. The saran wrap had a few tears in it but the ball was still holding together.

The away team came back with a vengeance. The ball batted back and forth. A player started screaming, “Go, go, GO!”

The ball flew and slipped passed the goalie.

It was a tied game.

Sango called a time out and the players came to a huddle.

The game resumed. The ball, now even more tattered, was starting to lose the protective saran wrap. The game wasn’t played by the amount of time on the field, but on how long the ball lasted.

It didn’t look good for the home team. With every kick the paper became loser and started losing shape. Sipho rushed the ball towards the goal. Blocked by a defender, he passed to Sango. He kicked the tattered ball hard, it flew past the goal line, evaded the goalie and exploded on the car.

The game was won. High on their victory the boys paraded around the neighborhood singing and shouting. Here soccer is not just a game, it is a staple of life.