The most underrated day in sports is today 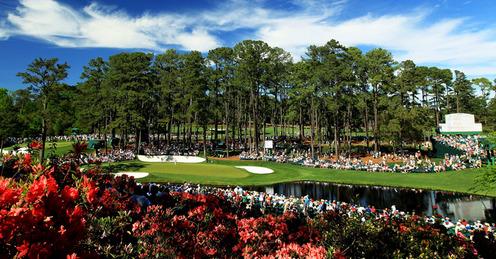 Yeah, so maybe you’d rather collect Joakim Noah bobbleheads than watch a round of golf on television.

But, try it today. Just for once. It’ll be worth it. Flip to CBS for a few hours and embrace Verne Lundquist whispering sweet nothings into your ear as someone lines up a put on the 16th green. Drool at Bubba Watson’s pink driver and how the ball zooms off that wand. Watch Phil hit a flop shot higher than you can throw a ball with all your might.

As soon as I got assigned this blog I knew I wanted to write this post. Masters Sunday is an all-around great day. Simple as that.

Here’s the biggest stage in their sport — the Super Bowl of golf (not really, but pretty much) — and these guys are just playing out of their minds. If you’ve ever tried to whack anything with a stick, you know how hard golf is. What these players are doing with a golf ball is incredible. Playing the wind, bending balls, getting out of sand traps in one try (golf with me someday, I will pay you if you let me just toss the ball out of a bunker), sticking balls on the green.

Not only is the impressiveness of the technicality of the Masters worth watching, it’s for the aurora too. Augusta is a beautiful course/place. It’s literally always a perfect day outside. Food tastes better. And for some reason, Masters Sunday always comes on a day where your buttocks has a mandatory daylong meeting with your couch. It’s perfect — just plop down, grab some sour patch kids or whatnot and watch the event.

It’s not the most exciting piece of television, but if you watched seven people from New Jersey live in a house together, can’t you at least watch a picturesque landscape that happens to have incredible athletes playing a game on it?