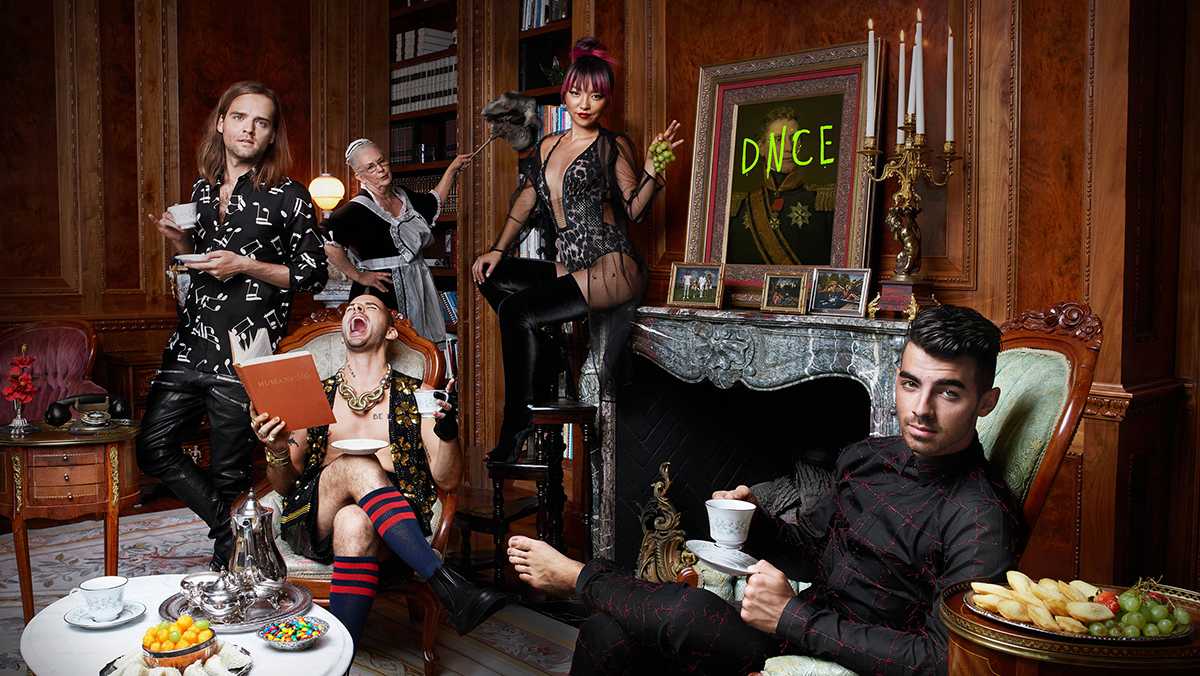 DNCE incorporates excitement, funk and dancing into its music. It wants to energize its listeners and keep things simple in a world full of complexities. The band succeeded in doing so in its recent album, titled “DNCE,” released Nov. 18.

Joe Jonas, previously known as a member of the popular boy band the Jonas Brothers, is the front man of this electronic pop band. He is joined by the former Jonas Brothers’ drummer and his good friend Jack Lawless, along with guitarists Cole Whittle and JinJoo Lee. Within the last year and a half, the four have traveled the world and recorded a 14-track album together.

Jonas has stripped the innocent image of the Jonas Brothers to write and record songs with more mature and sultry themes. The album is a mix of electronic beats, goofy lyrics, and occasional vulnerability. It is surprising that this is DNCE’s first studio-recorded album after its first single, “Cake by the Ocean,” which was released with an EP and is now a track on this album, went to the top of the charts after its release back in September 2015. It is curious that the band waited this long to release an album.

DNCE kicks the album off with a funky, energy-packed song. Unfortunately, the first track on the album sounds cheesy and stale because of the way the lyrics are yelled instead of sung and the repetition in the song. Luckily, this is not the sound the band keeps for the rest of the album.

The band released the second song of the album Sept. 30 as the first single of the album. “Body Moves” is a sassy and sensual song about a guy who meets a woman at a club and wants to take her home. Jonas sings bits of the song in falsetto, which makes the track seem like it has a heavy Bee Gee’s, ’70s influence. The song starts off with an “ow!” and a funk-fueled electric guitar melody. “Body Moves” is a radio-friendly track that has already made its way to the airwaves and the charts.

“Good Day” is one of the best tracks on the album, with a fun, head-bobbing, foot-tapping rhythm and comical lyrics. It is also a hangover anthem. Jonas told Billboard that this song has a funny story behind it because the band members were all hungover the day they wrote the song. Jonas said they should write a song about how they felt in that moment. This story does seem to go along with some of the lyrics, such as, “Advil, good pill/ Head pounds like the bass on a party bus/ Memories, the memories/ The Instagram’s tellin’ me everything/ But I regret nothing, oh.” This is a fantastic song that shows listeners the band’s quirky and easygoing attitudes.

“Almost” and “Truthfully” are the two most vulnerable and stripped-down songs, which focus less on the funky beats and more on the passionate lyrics. These songs let listeners see the band in a more serious light, which was helpful, considering the overly commercialized sound of some of the tracks. “Almost” keeps the funk sound that the majority of the album has, but it slows the beat down. Eerie synths can be heard, which create a sadder tone for the breakup ballad, reminiscing on a love affair that was “almost perfect.” Jonas’ voice on this track may remind some listeners of a few of his past hits with his brothers.

DNCE bounced off the fame Jonas received from his brothers, but chances are this charismatic band would have gained fame without Jonas’ past success. This album proved DNCE are all about the funk, dancing and not taking life too seriously because despite some of the more emotional songs, the majority of the album is composed of dance tracks. Many of the album’s songs, such as the obvious “Cake by the Ocean,” “Body Moves” and “Toothbrush,” have already hit the charts. Jonas sheds the constraints the Jonas Brothers had and uses his talent to write and create sexual songs and party anthems on this new album. DNCE is charismatic and quirky band that gets their listeners up and moving. This is a strong first album that will hopefully leave listeners in anticipation for more to come.