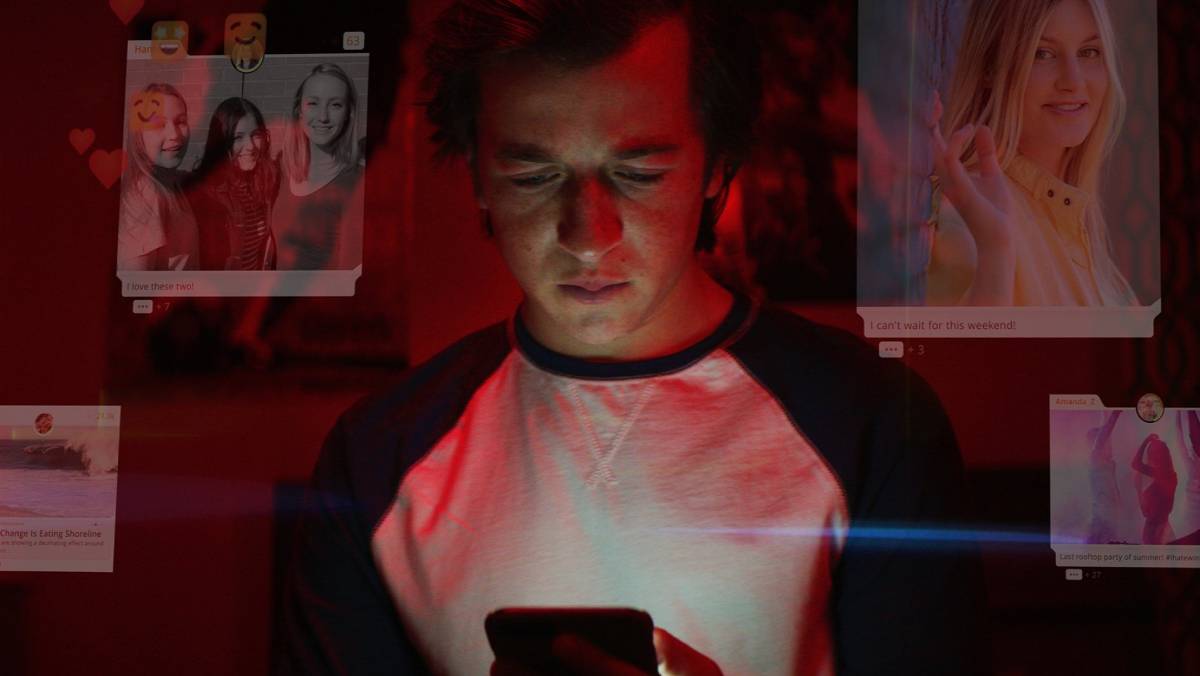 Courtesy of Netflix
At a time when the overwhelming ethical concerns of social media have taken a back seat to the profit-at-all-costs business model of Silicon Valley, “The Social Dilemma” is perhaps the most necessary film of the past five years.
By Elijah de Castro — Staff Writer
Published: September 21, 2020

What if there was a computer system so powerful that it was capable of controlling the deepest parts of the human brain? What if this method of hijacking could influence an ethnic genocide, crumble the integrity of global democracy and lead to the human race questioning what reality even is anymore? And what if it was capable of doing all this like a ghost, leaving behind no evidence?

These are questions director Jeff Orlowski answers in his new Netflix docudrama, “The Social Dilemma.” At a time when the overwhelming ethical concerns of social media have taken a back seat to the profit-at-all-costs business model of Silicon Valley, “The Social Dilemma” is perhaps the most necessary film of the past five years.

Orlowski previously directed the award-winning documentaries “Chasing Ice” and “Chasing Coral,” both of which display the devastating effects of climate change. In “The Social Dilemma,” one of Orlowski’s conclusions is that before climate change can be confronted, society must first take control of its relationship with modern technology.

Throughout the film, Orlowski addresses the societal, political and personal effects of social media. Orlowski primarily interviews Tristan Harris and Aza Raskin, co-founders of the Center for Humane Technology. Orlowski also brings in former employees from powerful social networking platforms like Instagram, Facebook, Twitter and Reddit to explain how Silicon Valley evolved from a place of well-intentioned creativity to a money-printing machine. Additionally, Orlowski mixes in a fictional narrative of a middle–class family and its relationship with social media. By combining live–action dramatizations showing the direct personal effects of social media with the explanations of what these technologies are designed to do, Orlowski gives viewers an understanding of what really is at play.

The dramatizations interspersed throughout the documentary synthesize the maliciousness of tech companies with the destructive outcome it has on society, particularly on young people. However, the dramatizations aren’t as strong as the interviews, occasionally overcommunicating the dangers of social media. Likely because of copyright issues, Orlowski can’t show the family in these scenes using actual social media sites. So when the youngest girl in the family, Isla (Sophia Hammons) sends a “snap,” the film refers to it as a “snip.” For younger audiences that grew up with these social media apps, this could make the film come across as out of touch.

However, when the film focuses on its interviews, it digs deep. It touches on some of the most frightening capabilities of social media companies — especially Facebook and Twitter — that have become primary news outlets for many people. As the documentary explains, the relatively unevolved human brain falls victim to modern algorithms constructed to keep its attention for as long as possible. In the midst of the complicated, psychological trappings of social media, Harris explains, “Social media isn’t a tool that’s just waiting to be used. It has its own goals, and it has its own means of pursuing them by using your psychology against you.” This quote will be the defining moment of the documentary for viewers.

These technological advancements have chipped away at the foundations of a democratic society. In 2016, the Russian government used Facebook and other social media platforms to influence the election in favor of President Donald Trump. That same year, the government of Myanmar began the ongoing genocide of Rohingya Muslims. This violence was heavily influenced by misinformation spread through Facebook, an app that was pre-downloaded to every cell phone bought in Myanmar. Being able to see the effects of social media on a different country besides the United States gives viewers an outside perspective — one that, while horrifying, invites essential reflection.

At the end of the documentary, Jaron Lanier, computer philosopher and virtual reality pioneer, spoke about the current path on which society is headed. Political division is at an all–time high. Election cycles lack integrity. Continuing the status quo will result in the collapse of civilized society. Orlowski’s film builds up to Lanier’s predictions like hot water in a tea kettle, leaving the audience with the horror the future potentially holds.

But Orlowski also leaves the audience with a shred of hope. Unlike confronting climate change, which requires an international initiative beyond the abilities of any lone person, the audience’s relationship with social media is a personal decision. The fight to face now is an internal one, one that will require an intense personal reevaluation of something that has become so intensely saturated into daily lives. After all, every account comes with a “delete” button.