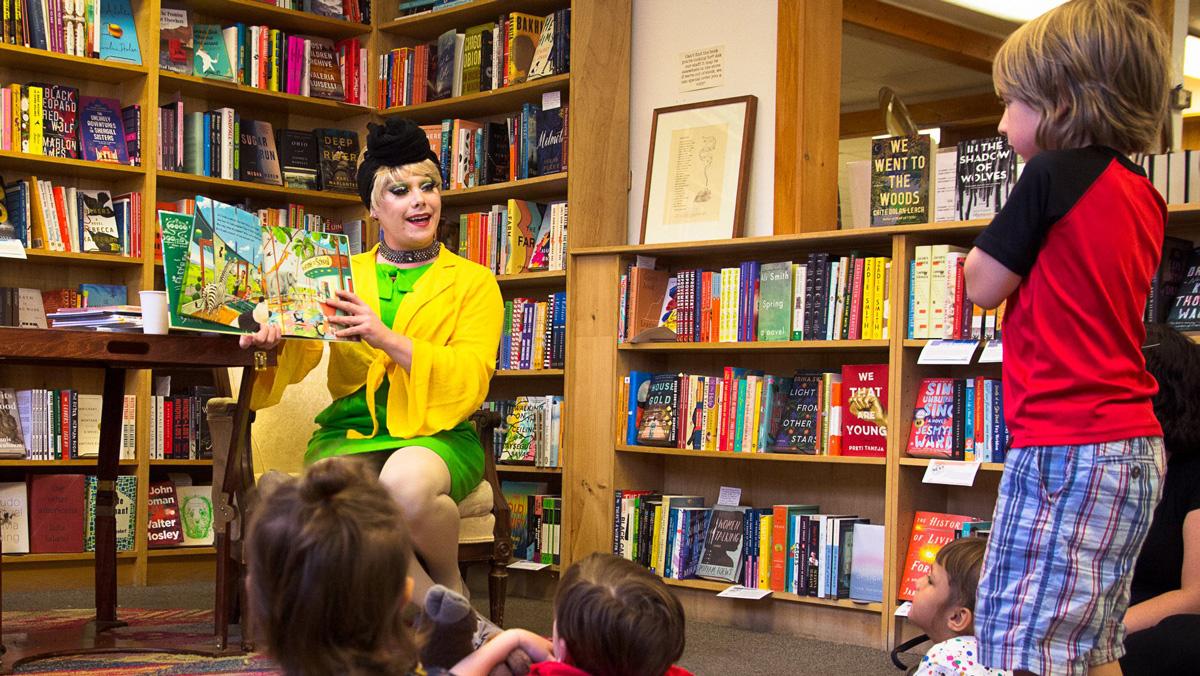 Every month at Buffalo Street Books, children crowd the floors as they await drag queens decked out in eccentric outfits and dazzling makeup to read them books. The event could easily be mistaken for a fashion show, but it is actually Drag Queen Story Hour (DQSH), an event designed to teach kids about acceptance.

Many bookstores and libraries across the country participate in the event, and Buffalo Street Books in Ithaca is one of them. On the last Sunday of every month, the locally owned store is filled to the brim with eager children, ready to hear drag queens Coraline Chardonnay and Tilia Cordata read all kinds of exciting and educational stories.

DQSH started as an event in San Francisco libraries in 2015 and eventually grew to become a worldwide project. DSQH founder Michelle Tea works alongside the organization Radar Productions, a queer literacy arts organization, to hold this event in over 30 states.

Buffalo Street Books began participating in the event in July 2018. The storytime events aim to introduce children to diverse sexualities and the concept of gender fluidity.

Coraline and Tilia are the coordinators of DQSH in Ithaca. Tilia said she learned about DQSH when she lived in Milwaukee but was not able to participate in the organization’s events. After moving to Ithaca, Tilia began working with the branch at Buffalo Street Books. Coraline began working at the Ithaca branch of DQSH in August 2018. The two said they dedicate themselves to fulfilling the mission statement of DQSH by diversifying the reading material and the guests who participate in the event.

Tilia said that at Buffalo Street Books, “Drag Queen Story Hour” is only a name because they open up the event to participants of many different identities.

The event is similar to other story hours that most libraries and bookstores host all over the world. However, this event is about more than just reading — it is about teaching children tolerance. It aims to normalize LGBTQ people, a group that is often marginalized, misunderstood and deemed inappropriate in many mainstream forms of media, Tilia said.

“These kids need to see something or be exposed to a … lifestyle or orientation that a lot of the time gets hidden or shoved into a dark bar,” Tilia said.

Two popular books from the summer were “Prince and Knight” by Daniel Haack and Stevie Lewis and “Princess and Maiden” by Haak and Isabel Galupo, Tilia said. Both of these books, and many of the other stories the drag queens read, stray away from the straight relationships that are often present in children’s literature. Instead, the stories portray same-sex relationships in a fantasy context.

Besides being a drag queen and her work with DQSH, Coraline is a teacher at Dewitt Middle School. She said her job as an educator helped her develop a love of literature and fostered a desire to help children use reading to open their minds.

“Literacy is a cause I hold very near and dear to my heart,” Coraline said. “It is so clear to me how vital books and reading are in children’s lives. … Drag Queen Story Hour allows us to reach out to children at an early age and reinforce the joy that can be taken from a good book.”

Lisa Swayze, owner of Buffalo Street Books, said the event brings an energetic and joyful environment to the store. Swayze said via email that the event draws 10–20 children and families.

“Every single Drag Queen Story Hour event is truly special,” Swayze said. “Tilia and Coraline bring so much energy, intelligence, fun and kindness to their readings.”

Between the lively setting and powerful message, DQSH has created an event that gives children the opportunity to learn about themselves and others in a welcoming environment.

“I truly believe that children need to hear as many varied voices as possible,” Coraline said. “They are eager to take in the world and what it offers. Hearing a variety of voices and an abundance of stories lets them develop a more well–rounded worldview that can only benefit them as they grow and find their own place in the world.”

Challah for Hunger bakes bread and takes action against hunger