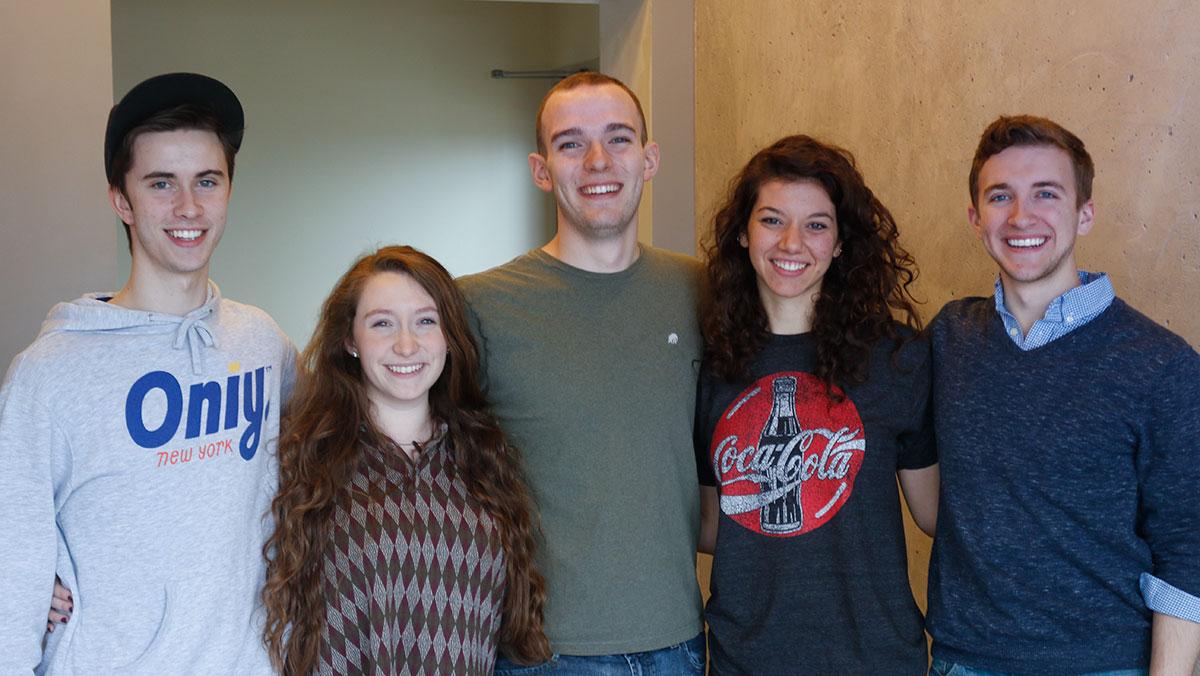 Ithaca College students come from all over the world with different stories, different paths and different goals. Now there is a group of students shining a light on students’ stories, creating a venue for them to be able to sit down with one another and tell their stories.

Earthlings is a group started by 12 acting and musical theater students in mid-February. The club brings people together to tell and listen to stories by college students, for college students, sophomore and club member Conor Shatto said.

The idea for Earthlings sprang out of a scene study class during the Spring 2016 semester. The class discussed the NPR program “The Moth,” which finds regular people to tell their stories to the world. The students decided a group that would allow students to tell stories about their lives would be an excellent addition to the campus, Shatto said.

Member and sophomore Lea Sevola said the name Earthlings was originally the name of the scene study group, but when deciding to turn the small group into one that would be open to any and all students, the name stuck.

“We figured the point of the story group Earthlings was to share stories that highlight the differences between people but that at the end of the day, we are all citizens of planet Earth and have inherent similarities,” she said.

A few days before an event, many of the students who began the group get together and think of a theme the event could have, Sevola said. The theme is then posted on the group’s Facebook page, and students message the group if they are interested in telling a story. Shatto said he plans the story line-up for the event before it happens so the meeting is organized, and those who want to speak can.

Students host Earthlings meetings in their private living rooms off-campus to give the event a more conversational and less performance-driven vibe, James “Woody” Minshew said. At the beginning of each meeting, the group starts off by reciting a blurb that helps the people at the event to see that everyone’s thoughts and stories are equal and deserve to be heard with open minds and without judgment because all students are humans with different stories to tell, Sevola said.

Earthlings has had two meetings so far. The first was on the theme of “significant firsts,” and the second was “home,” Shatto said. With one broad theme for an event, many different stories come to people’s minds. This is helpful to college students, who, he said, should sit down and listen to other people’s stories in order to gain perspective on their own lives.

“I feel like a lot of what we do in college, especially how I’ve felt in college, we are starting to learn who we are and how to express ourselves, and it was nice to sit down in a room with people and know it was safe to talk about anything,” Shatto said.

Minshew said the goal is to get more majors and students involved because that will help people hear stories from different ages and different goals and paths of life.

“Everybody is welcome,” he said. “It is open to everybody and anybody. If you want to talk, you can message the group, and we can get something figured out. It’s never about putting on a show — it’s about telling a human story and something that you can connect to, and through that, other people can connect, too. It’s for everybody.”

As of right now, there is no set schedule for Earthlings. However, more information on this new group and details on when it will meet can be found via their Facebook page “Earthlings: Stories from Humans.”