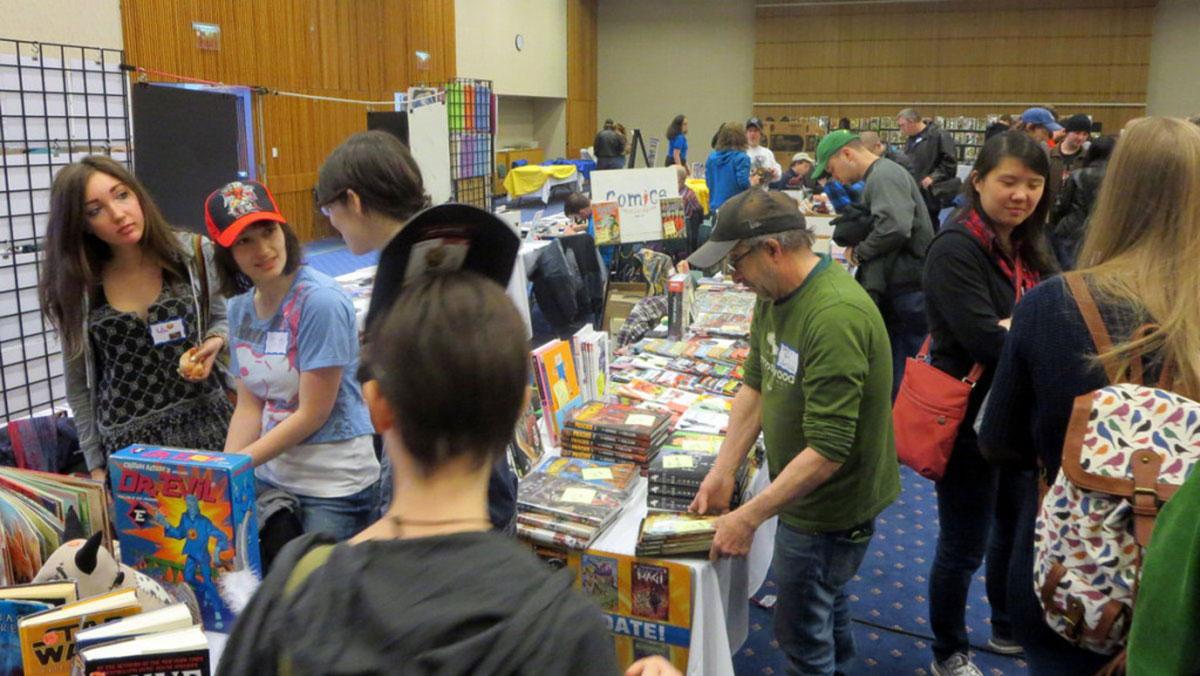 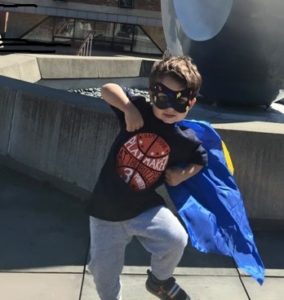 Batman sneaks into Phillips Hall. Superman struts through the North Foyer. Wonder Woman speeds past IC Square. The heroes of DC and Marvel Comics converge in the Emerson Suites. They’re not joining forces to save the planet or vanquish a foe. They’re not protecting truth, justice and the American way, and the secret identities of these costumed crusaders are not Bruce Wayne, Clark Kent or Diana Prince. Beneath the cowls and masks and makeup are average Ithaca citizens.

But these heroes aren’t only reserved for Ithaca citizens: At this year’s Ithacon, Ithaca’s annual comic book convention, college students will parade through the Campus Center in homemade outfits and wacky makeup. This year, members of the Ithaca College Comic Book Club, an organization created this semester by a group of comic book–loving freshmen, plan to mirror the attire of the gang from “Scooby–Doo.”

Freshman Jaime Rockafellow, vice president of the club, plans to dress as the redheaded investigator Daphne. She said she and the rest of the group are excited to cosplay at this year’s convention. This will be the first time the organization can celebrate its atypical passions with those who have similar interests.

Ithacon is organized by the Comic Book Club of Ithaca, a comic fan club that meets downtown twice a month in the Tompkins County Public Library, and also by Katharine Kittredge, professor in the Department of English, and student volunteers, who will also help on site at the event. The largest attraction, the comic books, will be front and center, with visitor panels and vendors selling both new and vintage comic books throughout the Campus Center.

Kittredge, who is the adviser for the new comic book club on campus, said the caliber of guests participating in the convention is atypical for Ithacon.

“Some of the biggest names in the [comic book] industry will be attending, which is rare for a convention this small,” Kittredge said.

Rockafellow said she and the Ithaca College Comic Book Club are most excited for Shooter because he’s an accredited member of the industry. Shooter, who founded comic book companies like Valiant Comics, Epic Comics, Defiant Comics and Broadway Comics, got involved in the industry at age 13. He currently works as the editor in chief of Illustrated Media, a custom comics company.

Kittredge said she is eager to hear from Pierce because of her recognition as a young adult and fantasy novelist. Pierce — who has written a handful of fiction stories and was awarded the 2013 Margaret A. Edwards Award, a young adult literature award, for “The Song of the Lioness” and “Protector of the Small” — will give the keynote address on the convention’s second day.

“Tamora Pierce has done revolutionary things in fantasy,” Kittredge said. “Fantasy has traditionally been stereotypical, but her characters represent a wide range of gender and sexuality.”

Stern, the final convention speaker, has written iconic comics, including “The Amazing Spider-Man,” “The Avengers” and “Captain America,” all of which have been made into multimillion dollar films.

Bill Turner, member of the Comic Book Club of Ithaca and founder of Ithacon, said his vision of the convention has always been for it to be accessible and to serve the fans. He said the reason Ithacon is able to attract industry professionals is because of its accessibility.

“We continue to be a fan convention, and the guests support those,” Turner said. “We’re one of the last fan conventions going. Our admission fee has always been free or very modest. … We’re sort of a holdout — for everybody else, the convention has ended or become a commercial operation.”

Event attendees can interact with distinguished guests at the panels or workshops as they discuss topics like comic book creation and the “Harry Potter” fandom. Guest and vendor exhibits will be set up in the Emerson Suites, while activities for children, such as cape-making and character sketching, will be going on in Williams Hall.

“It’s a ton of events rolled into one,” Latini said. “We have comic book artists doing demonstrations and selling comic books, but we also have activities for teens, activities for kids, panel discussions on nerd culture and cosplay.”

Jeremy Werner, member of the Ithaca College Comic Book Club, said because he writes his own comics, he is interested in attending the comic-making workshop held in Williams Hall.

Student volunteer senior Catherine Wells said Ithacon is beneficial to more than just the visitors; it also provides an opportunity for student volunteers to work with kids.

“It’s an opportunity for geeks to work with kids who love geeky stuff,” she said. “I’ve had such good conversations with kids around.”

Turner, who founded Ithacon in 1975, said the convention has increased in size since it moved to the college four years ago. Prior to the college’s involvement, the convention was solely run by the Comic Book Club of Ithaca. He said the increase in comic sales from recent superhero movies and the increased budget from working with the college have translated to higher attendance than ever before. Comic book sales went up by 56 percent between 2001 and 2016, according to comic analyst John Jackson Miller.

“Comic sales nationally were sort of in a trough before those movies came along, and Ithacon attendance was also down,” Turner said. “There were a couple years where we had 225 people attending, so we’ve really recovered from then.”

Latini said the event is welcoming to students and fans on any end of the fandom spectrum and that she encourages everyone to show up.

“There are several types of students — there are the students who know it’s coming up and has their costume planned out, but that’s not the average student,” Latini said. “The average student will probably come in and peruse all of the comic books and see what the vendors are selling. Then they might see a video game display or get pulled into a panel.”

This year, student work, such as comic book designs, will be on display at Ithacon. Local comic book illustrator Steve Ellis has been teaching a comic workshop for students at the college since last semester, and some of those students’ work will be on display. Ellis’s work has been featured in titles like “Captain America,” “Green Lantern” and “The Walking Dead.”

Kittredge said the event provides a great opportunity for people interested in all things geeky to get together and discuss their favorite fandom. She said there aren’t as many opportunities for people who like comic books to get together as there are for other hobbyists since the nature of books and literature is such that they are often best enjoyed in solitude. Kittredge said that because of the wide array of events, there will be something for everyone.

“There are a lot of things happening all at once to make the geeky heart happy,” Kittredge said.

As much as he likes discussing the comics themselves, Werner said his favorite part of the college’s comic book club has been bonding with other fans over their shared interest.

“For me, it has really just become a close friend group more than any other club I’ve been in,” Werner said. “It’s really been a great experience becoming so close with these people.”

The full event schedule can be found at http://comicbookclub.org/IthaconSchedule.html.

For a comic based discussion, listen to the latest episode of Deja View.