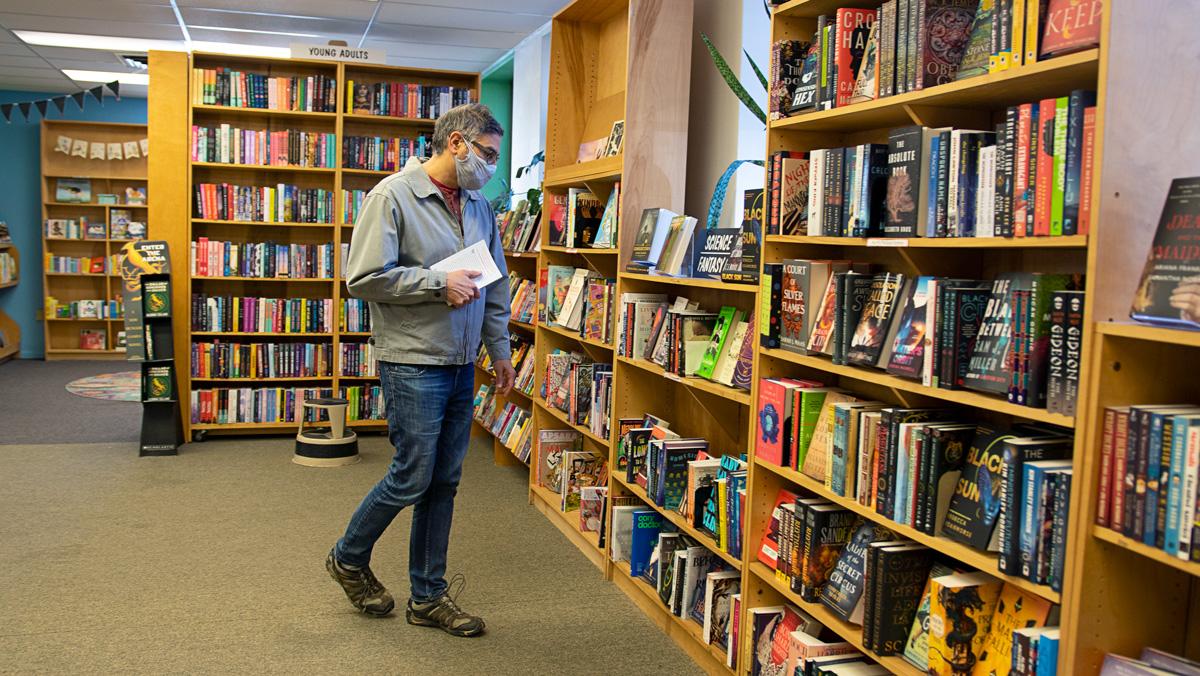 Across the street from DeWitt Park sits Buffalo Street Books, a quaint brick–and–mortar independent bookstore. With large glass windows revealing timely selections of book recommendations, the establishment has proven itself an essential business in Downtown Ithaca. Now, it is celebrating a decade of being a community-owned bookstore.

In February of 2011, a quarter-million–dollar community-led buyout took place, transforming the store into a community–owned workplace. For $250, Ithacans can buy a stake in the store, gain the opportunity to vote on policy decisions and run for the store’s executive board. Buffalo Street Books will have a sale April 15–17 to celebrate 10 years of being a community-owned bookstore. The store was founded in 1991 as “The Bookery II,” in reference to its former neighboring bookstore, The Bookery. In 2009, the store was renamed “Buffalo Street Books.”

However, as the bookstore celebrates its milestone, it faces similar problems to what caused it to nearly go under in 2011.

Lisa Swayze, the bookstore’s current manager, said the Great Recession, the rise of Amazon and the unsustainability of the independent bookstore model led to the 2011 community buyup. Swayze cited the American Booksellers Association’s 2004 study which says that making a 2% profit is the sign of a successful bookstore. Making this profit margin, Swayze said, is extremely difficult.

In 2021, the economy is far worse and Amazon is significantly more powerful than in 2011. By connecting with the Ithaca community through curating bookshelves with current events in mind — like its bookshelf highlighting Black female writers — and creating an event-heavy schedule, Swayze said the store has found stability and success.

Swayze said that this March, the store created bookshelves for the community with the Southside Community Center. The store has held virtual events during the pandemic and expanded its website for ordering books.

”We fit a really unique place,” Swayze said. “We are doing all of these things to strengthen our community that builds a culture of books and learning and literacy.”

Chris Holmes, associate professor and chair of the Department of English at Ithaca College, said the store’s success in Ithaca is because it made a public-private partnership that he believes people rarely get to experience. Holmes, who was a member of the bookstore’s executive board until 2019, said he hopes that as the pandemic begins to wane, Buffalo Street Books will become a place of transition and comfort.

”When we come out of this pandemic properly, it’s going to take us a while to know how to be fully in the community,” Holmes said. “The bookstore can be a really nice kind of way into that return to the community for people who might be nervous about it or feel like they’ve just had so long where they’ve been apart from each other.”

“The bookstore gave the festival a certain atmosphere that felt exciting and real,” Langford said. “It made me want to be featured in the New Voices Festival as an author one day.”

“In a matter of time people are going to be reading everything online, if we aren’t already doing that,” Hernandez said. “Keeping bookstores alive, including Buffalo Street Books, would really ensure that books don’t get thrown into the trash heaps and are continued to be taken care of, and Buffalo Street Books would do a great job in keeping the tradition of books alive.”

In the early days of the pandemic, the store had to remain closed from mid-March until May 2020. During and after this time, the bookstore held virtual events on Zoom. Anna Gardner ’19, who worked at the bookstore from June to August 2020, said one of the benefits of this was being able to bring writers into the Ithaca community who live around the world — like Louisa Onomé from Canada and Charlotte McConaghy from Australia.

“Another thing with the pandemic is that because so many people are home, it’s really easy to get guests that are from California or another country and talk about their books,” Gardner said. “I think that’s going to be an exciting thing that now that they’re getting more connections that way, how to continue that in the future.”

However, despite being able to survive the worst of the pandemic, the Buffalo Street Books community that Ithaca once knew looks different. Swayze said she tries to keep no more than 8–10 people in the store at a time, who are required to wear masks and sanitize their hands before browsing and touching books.

Bob Proehl, director of operations, was the original person behind transforming Buffalo Street Books into a community-owned bookstore. Proehl said he believes that after the pandemic, the store has a purposeful future.

“My hope is that it can come back to being a community place,” Proehl said. “That’s always one of the aspects of it that’s really dear to me, is the idea of the bookstore as a community space, as a third space, as a communal space.”