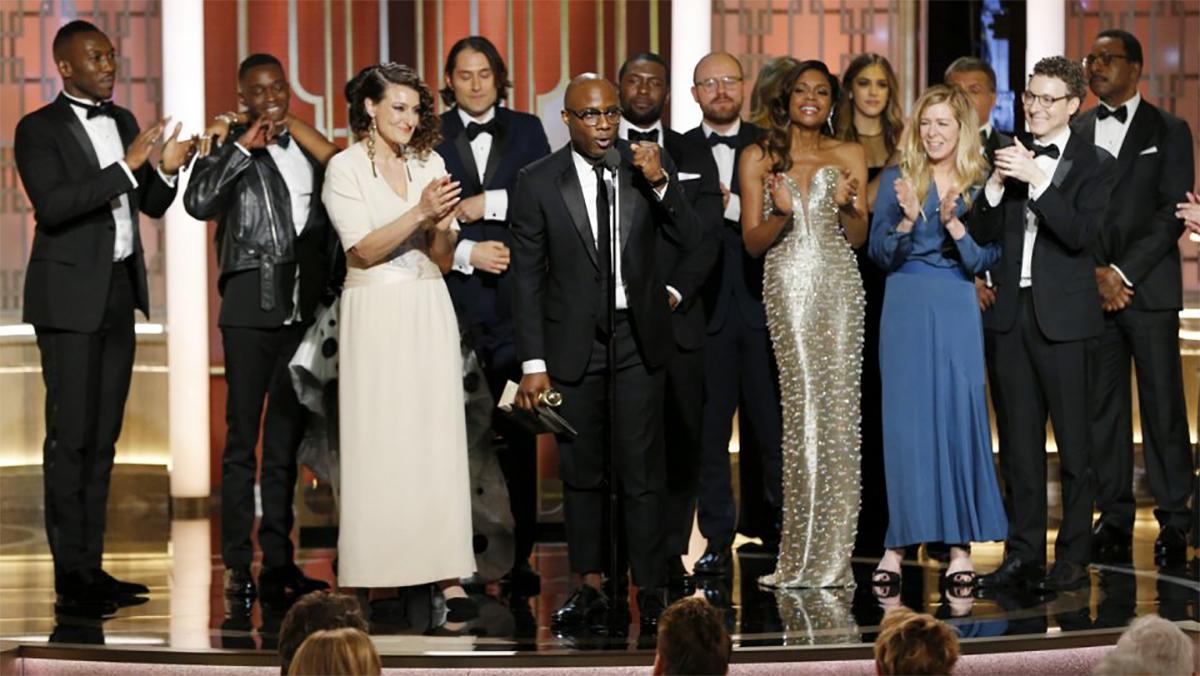 NBC Universal and Getty Images
The cast and crew of “Moonlight” accept the award for Best Motion Picture in the Drama category during the 74th Annual Golden Globe Awards on Jan. 8 in Beverly Hills.
By Kate Nalepinski — Life & Culture Editor
Published: January 9, 2017

Directed and written by Barry Jenkins and the 2017 winner of the Best Motion Picture Golden Globe, “Moonlight” is one of nine films nominated for Best Picture. On Feb. 26, the film goes up against other Hollywood successes, including “Hidden Figures,” “Hell or High Water,” “Fences,” “Arrival,” “La La Land,” “Lion,” “Hacksaw Ridge” and “Manchester by the Sea.”

This year, films with a diverse cast dominate the 2017 Oscar nominations, unlike last year, which prompted the #OscarsSoWhite hashtag controversy.

Jerome left Ithaca College during the Fall 2015 semester to work alongside Ali. In the film, Jerome plays 16-year-old Kevin, a friend of the protagonist, an African-American man who discovers his sexuality as he grows up. The film is based on the play “In Moonlight Black Boys Look Blue” by Tarell Alvin McCraney.

The film has previously been nominated for several awards, including Outstanding Performance by a Cast in a Motion Picture at the 2017 Screen Actors Guild Awards, and was featured at the Toronto International Film Festival. It won six awards from the 2017 African-American Film Critics Association and is currently nominated for eight Academy Awards.

Jerome previously spoke with The Ithacan about his experiences on the set of “Moonlight,” his passion for entertaining and the theater department at Ithaca College.
Jerome has also joined the cast of David E. Kelley’s upcoming adaptation of the Stephen King novel “Mr. Mercedes.” In the series, Jerome plays Jerome Robinson, a computer-savvy high school student who works for Bill Hodges (Brendan Gleeson). The series is set to be directed by Jack Bender, who previously worked on “Game of Thrones.” This is Jerome’s first television role and his first role following “Moonlight.”