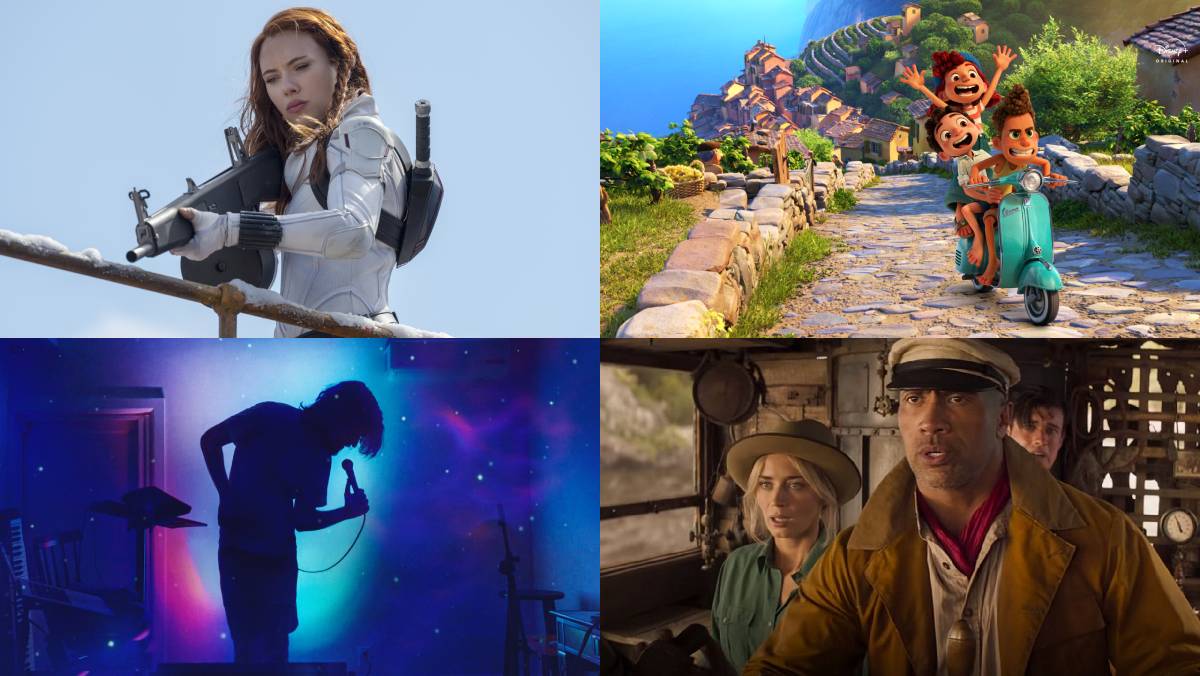 The Ithacan’s Life and Culture staff review a selection of films that defined the summer 2021 movie season. 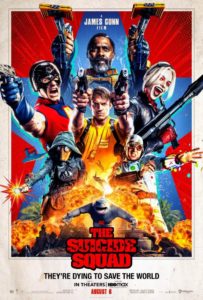 It would be an understatement to say that DC’s 2016 “Suicide Squad” was a major disappointment. Luckily, the film’s soft reboot “The Suicide Squad” is far more impressive.

Well-known for his work on the Marvel Cinematic Universe film “Guardians of the Galaxy,” director James Gunn barrels into the DC Extended Universe (DCEU) with guns blazing. His signature combination of raunchy comedy and over-the-top comic violence makes for a sickening yet satisfying viewing experience.

“The Suicide Squad” is made even more magnificent by Gunn’s use of practical effects. The director brings the audience into his world with brilliantly constructed landscapes and conserves his use of CGI until it is absolutely necessary. Specifically, Gunn uses CGI for some of the more over-the-top kills in the movie. The result is gruesome and incredibly entertaining.

Every actor brings their own charm to their roles, but the standout performances come from Daniela Melchior (Ratcatcher 2) and Margot Robbie (Harley Quinn). This is Robbie’s third time playing Harley and — just as in every film before — she embodies her character perfectly. Melchior is a pleasant surprise and establishes Ratcatcher 2 as the undeniable heart of the team. With this equally heinous and hilarious cast, The Suicide Squad is just the frightfully fun film that the DCEU needed. 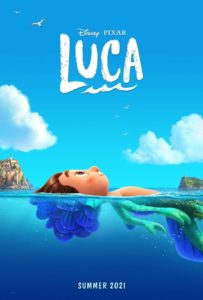 Pixar films like “Toy Story,” “Finding Nemo” and “Monsters Inc.” have a special place in the hearts of millions. This reputation left its latest film “Luca” with some big shoes to fill.

“Luca” provides all of the tear-jerking whimsy that is synonymous with Pixar while also maintaining a refreshing sense of individuality. Much of the movie’s distinctiveness comes from its animation style — “Luca” is visually unlike any other Pixar film. This is all thanks to director Enrico Casarosa who first dipped his toes into Disney with his critically acclaimed Pixar short “La Luna.”

The plot has notable similarities to the classic “The Little Mermaid” — a fish person longs to live with humans and goes on a journey of self–discovery. However, the characters are so engaging and the setting so enchanting that those similarities are charming, rather than repetitive. The tritagonists Giulia, Alberto and Luca bring a lovely dynamic to the film. They fight for each other and stand together in a way that will make anyone smile.

The Italian culture present in the film practically leaps off of the screen. It’s enough to make audiences nostalgic for the postwar Italian seaside, even if they have never been to Italy. 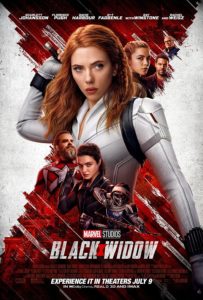 With witty dialogue, captivating visuals and intense action sequences, “Black Widow” is the closest thing to an origin story the hero has received. After years of Natasha being an oversexualized, one-dimensional character throughout the Marvel Cinematic Universe film series, director Cate Shortland transforms her into the fully-formed, badass woman that fans know and love from the comics.

While on the run from the U.S. government, Natasha Romanoff, or Black Widow (Scarlett Johansson), is forced to confront her past in order to take down The Red Room, a heinous organization that abducts young girls and trains them to become assassins. “Black Widow” is fast paced, keeping viewers entranced in Natasha’s fight for vengeance.

Yelena Belova (Florence Pugh) and Alexei, or the Red Guardian (David Harbour), steal the show as two iconic anti–heroes. Both actors find moments to express their characters’ tenderness, while later being able to deliver electrifying one-liners in fight sequences. Pugh shows off her range with the undertaking of this project. Less than two years ago she dominated the screen in the horror and drama genres, and “Black Widow” proves that she can now add action to that list.

Both actors are the backbone of brilliant nuggets of comedy because they are walking contradictions that put viewers in stitches. They share an outward disdain for superheroes — Alexei hating Captain America and Yelena mocking Black Widow’s performative nature in fight sequences — but both maintain a childlike glee when offered the chance to do elaborate stunts in battle. This self aware humor solidifies “Black Widow’s” excellence. 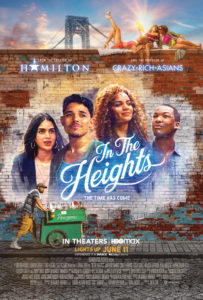 “In the Heights,” a film adaptation of Lin–Manuel Miranda’s Tony Award-winning musical, is an entrancing journey following members of the Washington Heights community in New York City as they struggle with achieving their dreams.

A chunk of original songs and scenes were cut from this adaptation, which is a disappointment. This makes some of the plot’s conflicts feel stretched and weak because the film is attempting to tell the stories of a large cast of characters, which is not easy. This is made especially difficult when songs that build up characters and their motivations are cut.

The solo number by Abuela Claudia (Olga Merediz), “Paciencia y Fe” is the strongest in the entire film. Merediz, who originated the role of Abuela when “In the Heights” was on Broadway, delivers a profound performance; she is humorous and compassionate in her acting. In her solo number, Merediz captures an immense range of emotions — the set design skillfully shows the passage of time throughout the number — and the choreography creates a transformative ambiance without distracting from Merediz’s performance.

Director Jon M. Chu went above and beyond to make the musical sequences in this adaptation larger than life. Through fluid camera movements and using lighting and framing to make an individual stand out in the crowd, the dance and large ensemble numbers pull the audience into the film. 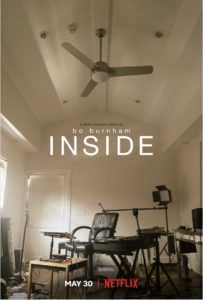 Comedian Bo Burnham’s new special, “Inside,” is a smorgasbord of comedy, music and pandemic-era soliloquies that is as versatile in its emotional range as it is in its ability to fuse genres. As Burnham explains in the beginning of the 87-minute special, the production of “Inside” was an act of desperation in order for Burnham to fill the long days of post-March 2020 quarantine.

Stuck in his room with a pandemic raging outside, Burnham exorcises to a faceless audience. Many of the songs Burnham sings — in particular “Comedy,” “Don’t Wanna Know” and “All Eyes On Me” — reflect on the insecurity of performing without the give-and-take that a live audience offers. The collapse of face-to-face life and its conversion into a digital world is the backdrop for “Inside,” where Burnham satirises the absurdity of internet culture. Ironically, despite the fact that Burnham criticizes the “bug eyed Silicon Valley salamanders” for the increasing influence of social media on daily life, the songs of “Inside” have seen profound success across the internet.

To try and place a finger on what exactly “Inside” is would be a paradox; the fact that the special is a disjointed hodge-podge of random ideas and skits is the point. The result is Burnham in peak form, delivering the most human piece of art about life amid the COVID-19 pandemic yet. 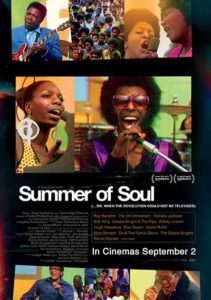 The latest documentary to restore long-forgotten film into a beautifully crisp, modern presentation is “Summer of Soul,” directed by musician Questlove. Breathing new life into the Harlem Cultural Festival of 1969 — often called “Black Woodstock” — “Summer of Soul” is the modern documentary at its best.

Questlove, beyond just showing pristinely restored footage of the event, interviews people who attended the concert in their youth. Now, approximately 50 years later, they reflect on what was a pivotal point in the Black Power movement and the 1960’s with sentimental pride.

The documentary also delivers top–tier tributes to the artists who performed, like Sly & the Family Stone, Stevie Wonder and Gladys Knight & the Pips. The film’s greatest moment is its presentation of Nina Simone singing “Backlash Blues,” demonstrating a deep respect for Simone’s cultural importance in the Civil Rights movement and the festival. Disney’s “Jungle Cruise” presents audiences with an exciting, adventure–filled movie with entertaining characters. Inspired by the popular Disney theme park attraction of the same name, the film follows two scientists (Emily Blunt, Jack Whitehall) who enlist the services of a steamer captain (Dwayne Johnson) to transport them through the Amazon as they search for a mythical tree that holds magical healing powers. As the trio goes about their quest, they face German mercenaries, cursed Spanish conquistadors and the dangers of the Amazon itself.

One of the greatest strengths of “Jungle Cruise” is how Blunt and Johnson display a large level of commitment to their characters and turn them into fun and engaging performances filled with heart. A significant stand-out in the film is Whitehall, who offers some of the film’s best comedic relief. The chemistry shared between him, Johnson and Blunt makes their comradery feel natural as the film develops. Unfortunately, outside of one major instance, the film’s villains never make the audience fear whether or not its heroes will make it out of situations unscathed.

While “Jungle Cruise” is an adventure that all age groups can enjoy, it doesn’t reach the mark completely — specifically in regards to its antagonists. Regardless, it does its eponymously titled theme park ride justice by providing audiences with a fun ride of their own.