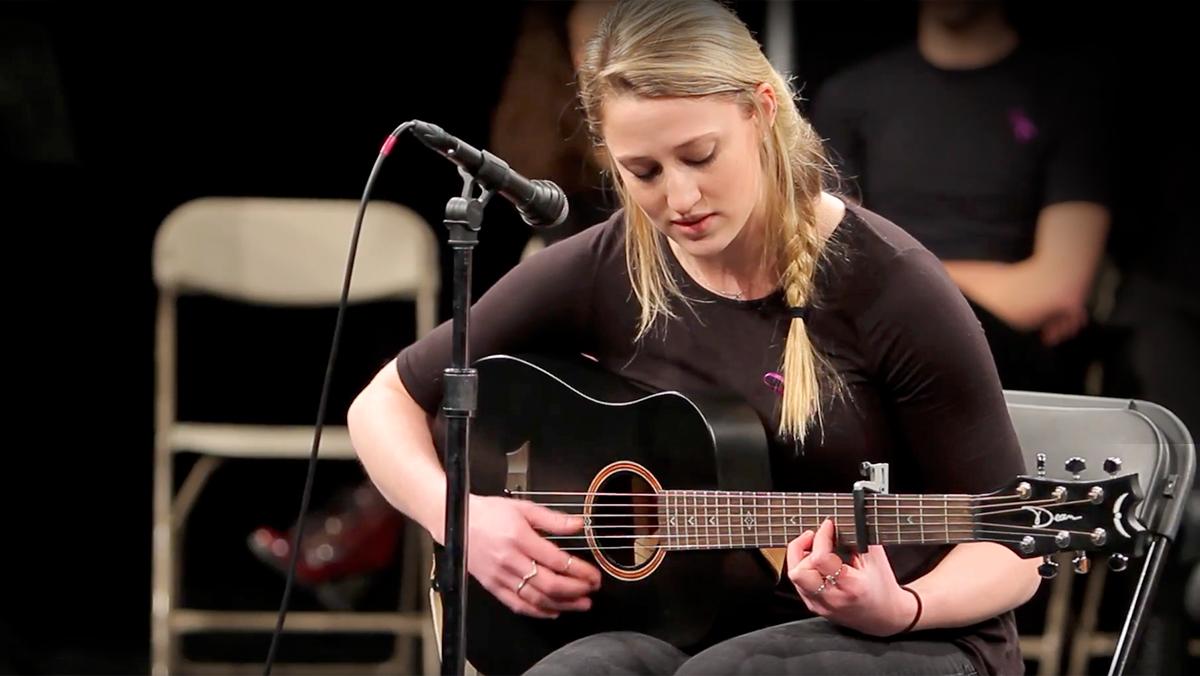 Wheels 4 Women, a student organization at Ithaca College that raises funds and awareness for victims of domestic violence living in the Sakhi Shelter of Kerala, India, will hold its sixth annual Cabaret at 7 p.m. Jan. 29 in the Clark Theatre in the Dillingham Center.

Founded by Kathleen Mulligan, associate professor of voice and speech, the project donates its proceeds to helping the women learn to drive rickshaws. With this skill, they are able to empower themselves and gain financial independence from the men who are abusing them. Mulligan was inspired to start Wheels 4 Women after teaching a workshop at the shelter in 2010, a project she funded using her Fulbright Scholarship.

Managing Editor Mary Ford spoke with Mulligan, who received the International Alliance of Women World of Difference Award in 2013 in recognition of her work with the organization, about the Wheels 4 Women Cabaret and how the group mission has grown over the years.

Mary Ford: So you’ve been doing this Cabaret for six years now, five years at Ithaca College. Have you seen any kind of growth during that time?

Kathleen Mulligan: Yes — last year, in fact, we had the biggest audience we’ve ever had, and I think we raised the most money, too, if I remember right. I think word’s getting around. Every year, I’m worried not a lot of people are going to come, and every year, I’m surprised by how many people do. I hope this year, we’ll have a good turnout as well.

MF: Is there anything that makes this year’s Cabaret unique? Any particular performance you are excited for?

KM: There are several students in the senior class who are really wonderful folk singers. They’re guitarists, some accompanying themselves on the guitar, even some original music. I’m really excited about that because we haven’t had a lot of [original music] in the past, and this year, we have more than usual. Last year, we had a dance number, and I’m quite sure we’re going to have one again. It’s just cool to see how it’s not just singing — it’s dance, it’s poetry, it’s music, just sort of expanding every year on what is possible.

MF: Is this primarily organized by you, or by the students?

KM: In the last couple years, I’ve been very happy to hand over the organization more to the students. At first, I was kind of doing a lot of it, but now, we’re kind of in a rhythm. We have a great team: Rachel Schardt, who’s a senior, is the president; Justin Albinder and Lea Sevola, who are juniors; and sophomore Juliet Kimble. They’ve been really terrific about kind of being the movers and shakers behind this.

MF: How did they become involved? Through any classes they took with you?

KM: Wheels 4 Women is actually a student organization. Rachel got involved with it last year. … Justin Albinder has been involved in it since the very beginning, since he first got here freshman year. … It means a lot to me when undergraduates who aren’t necessarily going to be performing in the Cabarets are just passionate about this organization and the cause. They really jump on board. Now there are students saying to me, ‘I’ve been waiting to be involved in this since my freshman year, and I’m so excited to be involved in it now that I’m a senior.’

MF: So the proceeds for these Cabarets go to a women’s shelter in India?

KM: Yes, I’ve done a lot of work in Pakistan and India, but this particular shelter is in southern India, where I did a Fulbright in 2010. I got a chance to go back there in 2015, and they had a whole meeting and celebration about the women who had gone through the training.

MF: It seems like Wheels 4 Women really brings together the theater arts with social activism. What would you say to people who think theater or music isn’t important to society?

KM: Well … It’s that thing that Shakespeare said about, “To hold, as ‘twere the/ Mirror up to nature.” Sometimes, the way to change people’s hearts isn’t by hitting them over the head, figuratively or literally, but by getting them to sit in the theater and anywhere, and see something reflected back at them. Either to see their own behavior reflected back — and to recognize it, or to see nature that is really more of what we aspire to reflecting back at them. I think the arts can be so important in that way, in changing people’s hearts, maybe even before changing people’s minds. One thing I love about Wheels 4 Women is that my students get a chance to realize that they can use their talents to change somebody’s life halfway around the world. Of course, they want to be on Broadway, they want to make a living in the theater, which can be a struggle. But their talents can also be put to uses like this, and they can really make a difference in someone’s life very tangibly. … Doing something like a benefit Cabaret where you get a bunch of people together and sing some beautiful music, you can affect people’s hearts, but you can also raise money to change someone’s life.