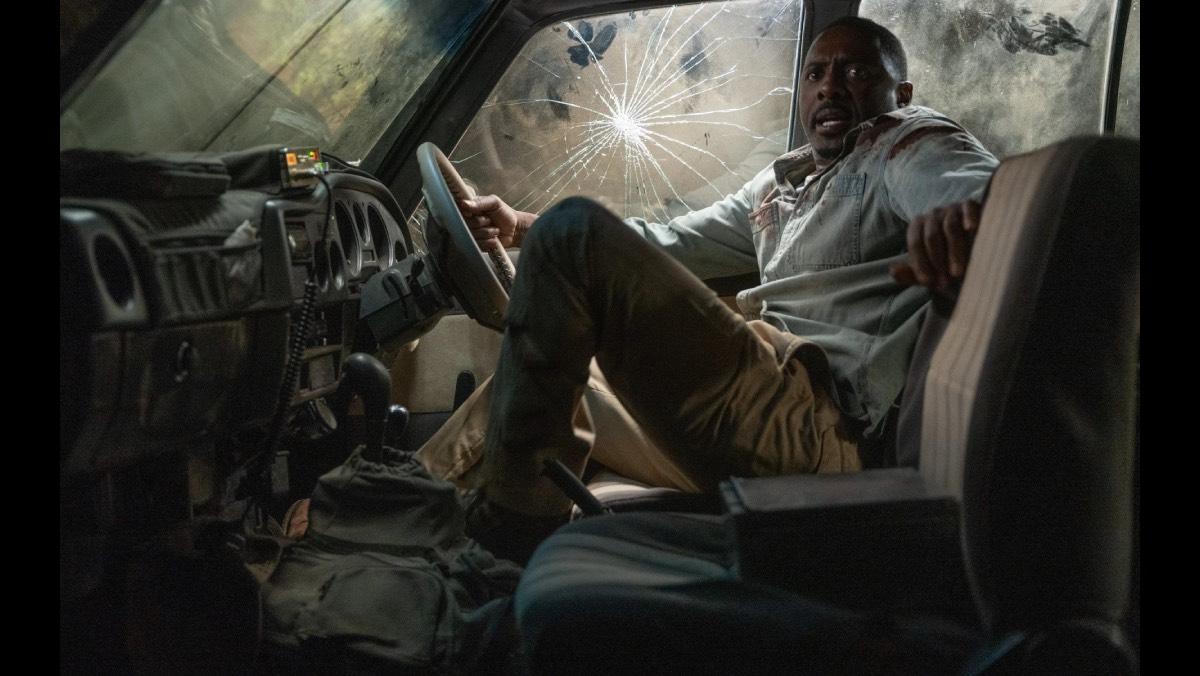 At its heart, “Beast” is a monster-movie thriller that excellently builds tension throughout its tight plot and claustrophobic setting. Unfortunately, the film never truly lives up to its real potential, instead playing it safe without having anything of major substance to leave audiences with once the thrill ride ends.

“Beast” follows Dr. Nate Samuels (Idris Elba) and his two daughters Norah (Leah Jeffries) and Meredith (Iyana Halley) as they travel to the South African village where their recently-deceased mother grew up. Guided by Martin (Sharlto Copley), an old family friend and wildlife biologist, their trip suddenly takes a fearsome turn when a lion, a survivor of poachers, begins stalking them. The lion’s presence leaves them stranded in a game reserve in a vehicle with nothing but a walkie-talkie and a tranquilizer rifle to fight for their survival.

“Beast” succeeds in its ability to create tension in an inventive fashion. Director Baltasar Kormákur chooses to make the majority of the film’s action appear as one continuous shot with very few cuts masked by CGI. This decision helps to elevate scenes that might have been much more bland and generic in nature. Kormákur’s decision to not only have the action play out in this manner, but also have it be focused purely from the perspective of the characters, helps add crucial suspense in several key scenes.

In its more quiet and character-driven moments is where “Beast” decides to play it safe in predictable fashion with very few exceptions. In the film’s initial buildup, it is revealed that Nate and his wife had separated not long before she was diagnosed with the cancer that eventually led to her death. This decision is the cause of palpable tension between Nate and Meredith.

One way the film explores the distrust that Meredith holds toward her father is through the multiple confusing and utterly ridiculous decisions she makes that put their family in jeopardy. These decisions range from honking the vehicle’s horn to attract the attention of possible rescuers, to choosing to run away from the safety of the vehicle on her own when the lion is nearby. While the writer of the film may have intended for these choices to portray Meredith as brave, she instead comes across as naive and careless.

One of “Beast”’s largest missed opportunities is the conversation that it could have started about the act of poaching and the devastating effect that it has on wildlife. The film very lightly scratches the surface of beginning this conversation, but what it does include is nothing of any real substance. The film could have humanized the deadly lion by focusing further on the harm and trauma that poachers have caused it. Instead, the audience very briefly gets a glimpse of this and is constantly bombarded with the simple message of how terrible poaching is. This choice by Kormákur takes the easy route, never fully exploring or bringing any closure to the very lion that has been impacted by the act. As the film progresses, it becomes very clear that Kormákur is uninterested in this element, as the lion is never once portrayed as anything but a murderous beast.

The lion is not the real villain of this film’s story. By portraying it as though it is, the audience is left to root for someone to kill it, whether that be Nate or the poachers themselves, which goes directly against the supposed message that the film constantly attempts to burn into the viewer’s mind.

“Beast” succeeds in providing audiences with a masterfully tense experience that will leave them breathless in the moment. However, once they leave the theater, a feeling of disappointment is all they’ll be left with as they think back on the film that could have been more than that one movie where Idris Elba punches a lion in the face.