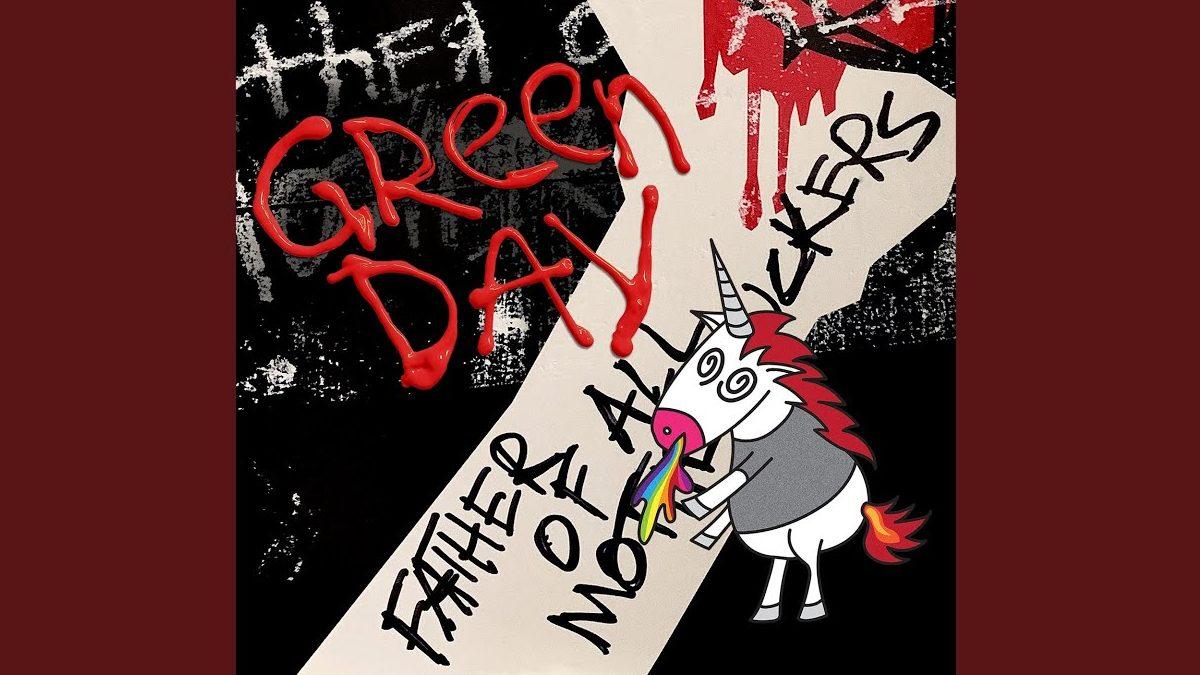 Courtesy of Reprise
Green Day changed its sound for new album “Father of All...” The changes give the album a more pop-rock feeling, setting it apart from the band’s most well-known work.
By Eva Salzman
Published: February 19, 2020

Emerging from its four-year hiatus, Green Day’s new album “Father of All...” works to incorporate a new sound into the band’s repertoire. While the 10-song album sometimes features the band’s classic sound, most of the songs branch out into a new pop-punk tone.

The main vocals are pitched much higher than the band’s more popular older works, putting a pop sound into its music. Green Day also reduced its use of a few elements that made up the bulk of their traditional sound. For example, the raw vocal harmonies the band has most famously used are replaced with produced, electric ones.

This new sound is most noticeable in the tracks “Father of All…” and “Fire, Ready, Aim.” They contrast significantly with the band’s popular earlier works, like “Good Riddance (Time of Your Life)” and “Wake Me up When September Ends.”

“I Was a Teenage Teenager” is another song that breaks away from the band’s usual sound. The track starts with a simple bass intro that flows into faded vocals. This filtered sound hints at an alternative or indie rock sound, but the lyrics still adhere to the pop-punk genre the band explores. “Graffitia” also presents listeners with a more pop or electric sound in the guitar and percussion parts.

However, a few songs on the album possess musical themes familiar to Green Day’s earlier work. The most notable track is “Junkies on a High,” which exemplifies the traditional style of Green Day’s music. However, “Junkies on a High” brings back the band’s minimalistic tonality, and the listener can hear the difference in how the band utilizes their traditional, mellow vocals compared to other songs.

Additionally, some songs feel more old-school, diving into indie or grunge rock. “Stab You in the Heart” begins with an electric-sounding guitar part, but the beat, lyrics and overall tone of the song present a compelling mix of angst and old school rock. In this track, it seems as if Green Day combined the classic punk sounds of their former years and rock that is reminiscent of Elvis Presley’s “Hound Dog.” “Stab You in the Heart” has an extremely catchy hook that is repeated throughout the track, making it a likely fan favorite and potentially influential on listeners’ genre interests.

Although these tracks are vibrant enough to hold ground, the album doesn’t have the best cohesive flow. Despite this setback, Green Day’s return may surprise new listeners with updated sounds from new genres.