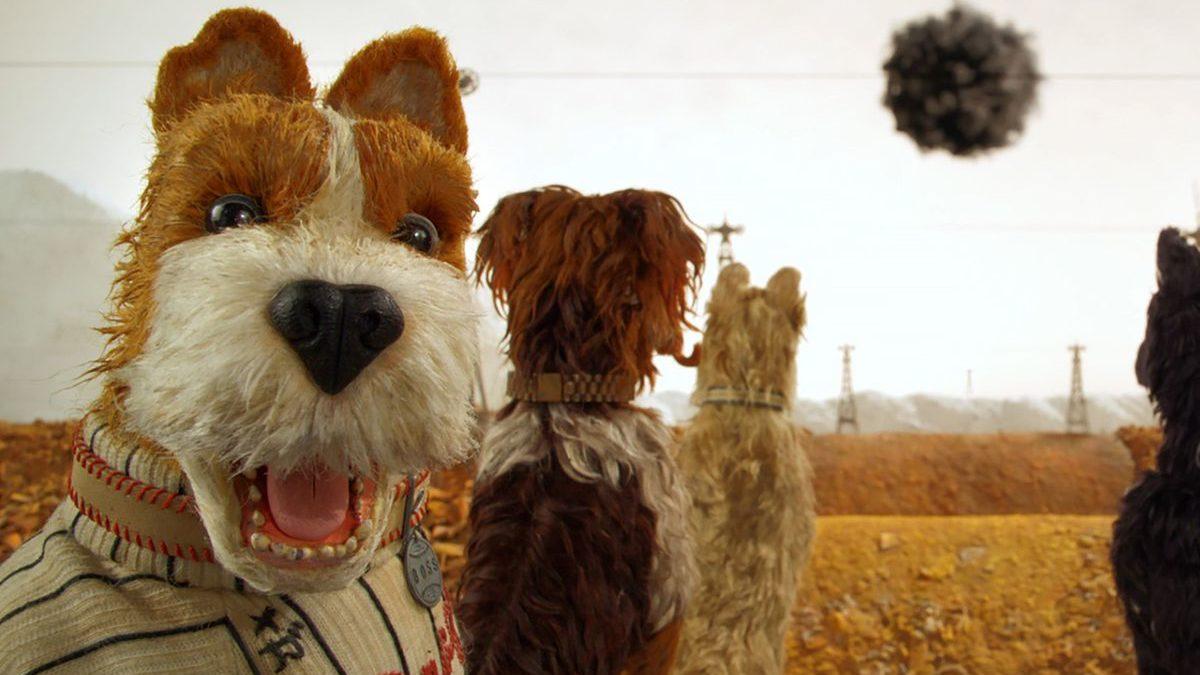 Director Wes Anderson’s newest film, “Isle of Dogs,” has been beautifully brought to life with fluid stop-motion animation. This isn’t Anderson’s first time working with stop-motion animation, as he directed the critically acclaimed “Fantastic Mr. Fox” back in 2009. Since then, Anderson has clearly stepped up his game — “Isle of Dogs” is a visual phenomenon. From the dazzling cityscape of Megasaki City to the seemingly infinite wastelands of Trash Island, “Isle of Dogs” features an array of memorable locations and set pieces that stick with the viewer long after exiting the theater.

“Isle of Dogs” opens in a bleak, dystopian future Japan in which all dogs have been banished to Trash Island, which is completely isolated from the mainland of Japan. This is the result of a harsh decision made by the autocratic new mayor of Megasaki City, Kobayashi (Kunichi Nomura) after a dog virus spreads rapidly across the city. While there was a cure in the works, Mayor Kobayashi’s family lineage has had a bad history with canines.

This pack of dogs is the highlight of the movie, as each of them has their own quirky traits that play off each other in a charismatic way. The dogs range from a house dog to a baseball team mascot, and even the representative for Doggy Chop dog food. Visually, these dogs are crafted meticulously, as little details, such as their hair moving in the wind, gives extra life to the figures. Famous actors such as Cranston, Norton and Murray lend their beloved comedic personalities in such a magical way that doesn’t take the viewer out of the film, but rather enhances it.

There are many interesting characters, but the standout would have to be Cranston’s character, Chief, who is the main character and the leader of the pack of dogs. He was a stray before the dogs were deported to Trash Island, and as a result, he is reluctant to interact with any humans. Chief’s distinct personality is a true highlight, as his deadpan humor truly adds variety to the movie. As the film goes on, a beautiful relationship between Atari and Chief blossoms and becomes one of the most moving parts of the movie.

Anderson has a certain meticulous and obscure style that is prevalent in this film, making “Isle of Dogs” a love letter to fans of the director. Many of Anderson’s creative decisions, such as including robot dogs and fascinating elements of Japanese culture, pay off in the best way possible. At other times, they feel underwhelming. For instance, the film translated what the humans were saying by using human interpreters and voiceovers rather than simply using subtitles, which was an odd decision on Anderson’s part. As a result, the viewer does not care for any of the human characters besides Atari, as they cannot understand the language unless they speak Japanese and therefore cannot connect to these human characters on an emotional level.

The length of the movie is too short to flesh out the overall storyline. At the same time, some secondary, human-centric storylines could also have been cut, since they have little to no impact on the overall story. For instance, one storyline dials in on Tracy (Greta Gerwig), a foreign exchange student who becomes suspicious about Kobayashi’s plan to deport all dogs. Whenever the film focuses on her storyline, its pace slows down and the viewer just wants to go back to the dogs.

By the time the credits are rolling, audience members have fallen in love with the colorful world that Anderson has created. It’s more clear than ever that Hollywood needs to create more original adventure stories like “Isle of Dogs” that are able to perfectly blend action, humor and heart. Alongside films such as “Mad Max: Fury Road” and “Blade Runner 2049,” this is one of the most visually stunning films in recent years; “Isle of Dogs” is stop-motion animation at its best. At the end of the day, this is a movie that the entire family can enjoy, but this is simply not a kids’ movie. “Isle of Dogs” is a mature film that includes intelligent themes, which makes it one of the best films of the year and one of Anderson’s best films yet.

Animated anarchy ensues in the wacky, animated film “The Boxtrolls.”

Review: Animated laughs and gags abound in ‘The Boxtrolls’