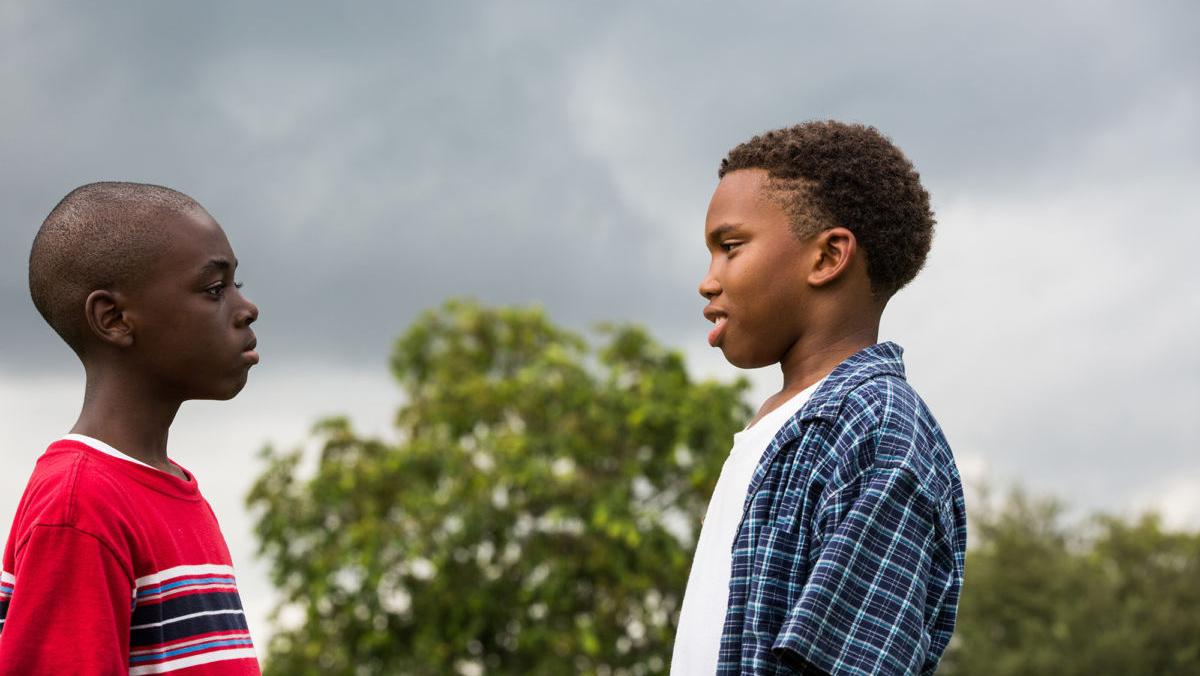 A24
"Moonlight" follows Chiron, a black, gay man through three periods of his life as he struggles to come to terms with his identity on the harsh Miami streets.
By Colin Barrett — Staff Writer
Published: February 12, 2017

“At some point, you gotta decide who you wanna be. Can’t let nobody make that decision for you.”

Based on the unproduced play “In Moonlight Black Boys Look Blue,” Barry Jenkins’ “Moonlight” is utter brilliance. An elegant film of self-discovery and acceptance, “Moonlight” is not only one of the best films of the year, but one of the best of this decade. It has a certain subtlety about it that will grasp viewers from the second they meet Chiron until the credits start rolling.

“Moonlight” follows Chiron during three separate chapters of his life: from childhood to his teenage years, and finally to adulthood. Chiron is a young gay African-American boy living in the slums of Miami, and throughout these three very important phases of his life, he slowly uncovers his true identity through interactions with important people and places in his life. Chiron faces many challenges, such as facing bullying and harassment in school, taking care of his drug-addicted mother and coming to terms with his sexuality. Jenkins takes this heart-wrenching premise and makes it a beautiful and poetic tale.

All three of the men who play Chiron through each stage of his life are heart-wrenching, the best being Trevante Rhodes, who is Chiron in his third chapter. His subtlety and nuance are quietly compelling. Chiron has little dialogue in many scenes but still conveys a range of emotions. Viewers are often forced to imagine what is going on inside the character’s head — sometimes they have no idea, which even more emotionally crushing.

Juan, played by Mahershala Ali, though only on screen for a short while, is so emotional and raw that he controls every scene with powerful distinction. His few scenes capture his longing to be someone different — somewhat of a role model — for Chiron. As someone who is only around during Chiron’s childhood, he makes a heavy impression on Chiron and the audience. Paula, Chiron’s drug addicted mother, is heartbreakingly played by Naomie Harris. Harris told The New York Times that she was nervous about playing a stereotypical drug addict, but she plays it with such grace that she brings this character out of its unfortunate stereotype. She is a drug addict, but she wasn’t always that way. Her character has humanity and real emotion, avoiding the cliche of the hopeless junkie. Paula has a rage and hatred like no other character in the film, but she is lost in her own self pity.

Other cast members to note are Teresa, played by Janelle Monáe, who beautifully portrays a mother-figure for Chiron. Teresa is so accepting and open to loving Chiron no matter what. She is one of the few characters who actually does accept him for who he is. Kevin, Chiron’s best friend throughout childhood, is portrayed beautifully in all three chapters. Ithaca College’s own Jharell Jerome makes a big splash as the teenage Kevin. Finally, André Holland as the adult Kevin delivers a compelling performance that is evident in an intimate, third-act diner scene between Kevin and Chiron.

The main theme of “Moonlight” is the conflicted ideology of masculinity of African-American men in the United States. Most films paint African-American men as the epitome of masculinity — think Will Smith in Bad Boys or Denzel Washington in Training Day. Characters from films like this are drug-dealing gangsters or the well-built macho man. “Moonlight” breaks this stigma. Chiron is complex because he is forced to juggle society’s expectations with his own desires. He falls into society’s trap that doesn’t let someone be their true self. Audience members will come to understand what “Moonlight” is telling them: that self-acceptance and self-discovery are the key to satisfaction in life. “Moonlight” is not only important for the black and lesbian, gay, bisexual, transgender, and queer communities, but for everyone, regardless of age, race or gender. The film proves that in a world full of hate, we can learn to love and accept one another. “Moonlight” could be looked at not only as an amazing piece of cinema but also as a piece of social commentary.

“Moonlight” does what no other film has done this year — create a story so real and personal that it will leave viewers stunned. The slow-moving shots and beautiful cinematography contribute to the film’s perfection. “Moonlight” will devastate viewers but also give them insight on society’s fallacies and how they can break them.