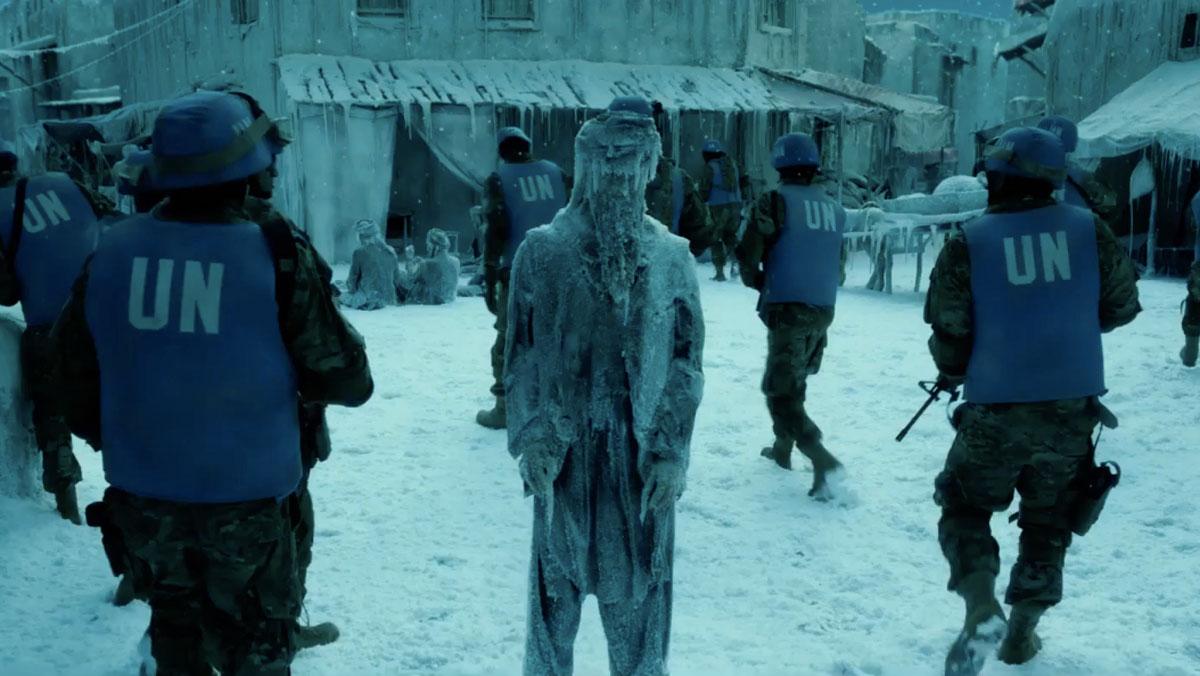 Warner Bros.
“Geostorm” is the latest in a long line of disaster movies from Dean Devlin, the producer of the 1998 “Godzilla.” “Geostorm” is set in in a world where global warming was solved by climate scientist Jake Lawson (Gerard Butler).
By Charlie Musante — Staff Writer
Published: October 24, 2017

Dear Hollywood, why? There are plenty of pitches for movies every year that end up on the desks of Hollywood executives and get turned down. It is absolutely mind–boggling that Hollywood chose to make a movie about weather control satellites that go haywire. It’s a shame that films like “Geostorm” are released in a time when directors are taking cinema to new, exciting places.

And yet, “Geostorm” received a theatrical release anyway. The film is a mind-numbingly dull, incoherent, sloppily put-together disaster movie starring Gerard Butler as climate scientist, Jake Lawson. This movie is the perfect example of executives ignoring better writers and directors and instead turning to Dean Devlin, the man behind such lucrative mediocrity as “Independence Day: Resurgence” and the 1998 “Godzilla.” In a year that has seen brave, bold masterpieces such as “mother!” and “Blade Runner 2049,” there is no excuse for a rehash of “The Day After Tomorrow” and “2012.”

The plot is nothing short of farcical. Forget about the rest of the movie, the premise alone sounds like a second–grader’s solution to global warming. After satellites built to control weather patterns are sabotaged, the world is faced with numerous large-scale natural disasters. All the “story” does is provide an excuse to make computer–generated disasters decimate major cities. “Geostorm” is simply a live–action, PG-13 rip–off of “Cloudy With a Chance of Meatballs” that takes itself way more seriously than it should.

The main characters are in space for the majority of this movie because the studio executives decided to try and jam “Gravity” into the story as well. The result is a major disconnect between the danger on Earth and the far-less-exciting danger in space. Events happen, and they don’t matter because they have no effect on the characters whatsoever.

And just who is responsible for this weather control contraption? Everyone’s favorite scientist-made-action-hero, Jake. Butler is once again the burly, buff guy tasked with protecting the president of the United States from some plan to kill him. Jake is essentially the scientist version of Mike Banning, Butler’s character from “Olympus Has Fallen.” The only difference is that here, he is somehow one of the smartest people in the world.

The disasters are laughably cheap-looking. Did anyone involved with this movie care? If you are going to make a disaster movie, at least make it look real. Instead, this whole movie might as well have been entirely animated because none of it looked like it was actually happening. The whole movie looks like a video game cutscene. There is a scene involving a firestorm in Hong Kong that looks downright silly. In the rankings of worst CGI, this is “Phantom Menace”–level bad. Not once was there an impressive shot on screen that induced any sort of awe or wonder. Despite a budget of $120 million, the effects are absolutely unacceptable.

To make things worse, this movie had reshoots, which caused continuity issues that would be hilarious if the movie wasn’t played straight. The result was like placing a bandage on a gaping wound. Here’s a better solution: Don’t make movies like “Geostorm” in the first place. The reshoots took this movie from being bad to being a travesty. There are moments where Gerard Butler’s beard changes colors and length because some segments were filmed months after the production initially ended. They don’t add anything to the movie whatsoever and actually create more problems than they solve. Continuity issues and visual inconsistencies are rampant throughout “Geostorm.”

To anyone contemplating seeing this atrocity, don’t. Go see “Blade Runner 2049” instead. Support films and directors that take the time to appreciate cinema as an art, because disasters like “Geostorm” are what Hollywood would rather pump its money into right now. Films like this are just pathetic. Hollywood, please try harder.

Review: “San Andreas” film proves to be a disaster