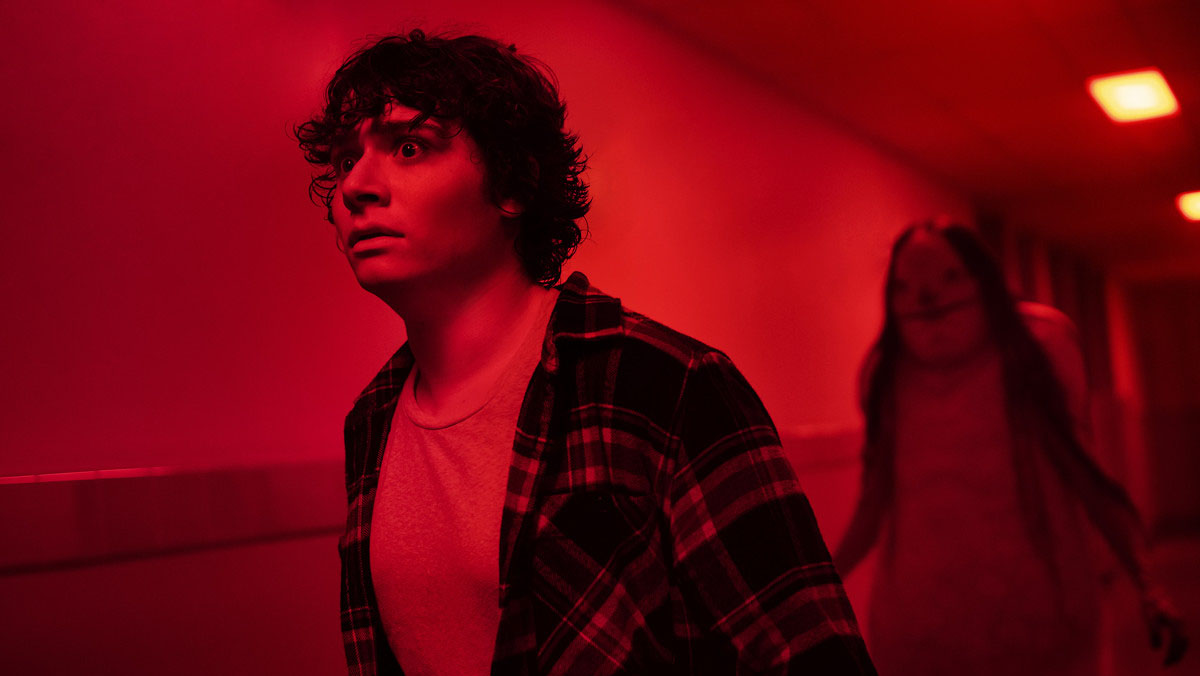 CBS Films
The Pale Lady ominously stalks a teenager through a red-lit hallway in André Øvredal’s PG-13 adaptation of the children’s book series “Scary Stories to Tell In the Dark.” The film, despite being rated for younger audiences, incites fear.
By Kara Bowen — Staff Writer
Published: August 28, 2019

Scary Stories to Tell in the Dark

PG-13 horror movies can be hit or miss. Too often the attempt at R-rated edginess falters under watered-down pandering to a younger audience: Think the final scene of “The Visit,” which features one of the young protagonists rapping about the horror he just survived. “Scary Stories to Tell in the Dark” is the exception to this rule, with the film avoiding the usual pitfalls of being a PG-13 movie in the horror genre. It’s a kid’s horror movie and book adaptation — two elements so easy to get wrong — but within its glorious, trope-ridden goofiness are genuine scares that sustain the frightening spirit of the original stories.

The film, directed by André Øvredal and co-written and produced by Guillermo del Toro, is based on Alvin Schwartz’s horror series of the same name. The anthologies of folk–horror tales, typically a staple of elementary school libraries since 1981, utilize Stephen Gammell’s nightmarish charcoal illustrations throughout the stories. The film places several short stories, like “The Wendigo” and “Me Tie Dough-ty Walker,” within a larger narrative set in the small town of Mill Valley, Pennsylvania. Local teens Stella Nicholls (Zoe Margaret Colletti), Auggie Hilderbrandt (Gabriel Rush), Chuck Steinberg (Austin Zajur) and newcomer to the town Ramón Morales (Michael Garza) accidentally unleash the ghost of Sarah Bellows, whose famous horror stories come to life and pick off local children one by one.

For all the originality of its source material, the movie takes place in perhaps the most stereotypical horror movie setting imaginable — a small town surrounded by cornfields on Halloween night in 1968. Equally traditional is the archetypal band of friends determined to save its town from evil. The unoriginality of the characters and premise would be frustrating were it not for the group’s irresistible likability. Sure, the kids’ dynamic and character growth are expected, but their intelligence, friendship and charmingly funny banter make you invested in their fate despite its predictability. Similarly, the setting of Mill Valley is one dimensional, but this allows the short stories to shine within the broader context instead of being overshadowed.

The actual execution of the short stories is by far the most chilling aspect of “Scary Stories to Tell in the Dark.” The iconic illustrations come to life through almost solely practical effects. In one instance, the monster The Jangly Man was embodied not by CGI but by contortionist and actor Troy James. The detail put into costumes is laudable in itself and adds a gruesome, lifelike physicality to each scene. The movie picks and chooses details from the stories but manages to maintain their surreal and dreamlike pacing.

One of the film’s most haunting scenes features the monster from the short story “The Pale Lady” — a lumbering giant with stringy black hair and skin like melted candle wax. She creeps slowly toward Chuck as he runs through endless hospital corridors lit red by an emergency light. She appears at every open exit until no matter where he turns, he’s trapped by her slowly advancing, empty, joyful smile. It’s a slow-paced, chilling sequence with all the dread of the horror classic “The Shining.”

For all the glory of the individual stories, the overarching narrative falls short of encompassing their greatness. The numerous subplots feel clunky and shoehorned in. The film attempts to use the Vietnam War as a subplot to the kids’ adventures, but the comparison is unclear and unsuccessful. The Sarah Bellows framing device is built up more effectively but still suffers from an unsatisfying conclusion, and the film ends with a setup to a sequel that is as transparent as the ghostly Sarah herself. The most unforgivable moment, however, is this regrettable line: “You don’t read the book. The book reads you.” The line and its dramatic delivery are cringeworthy at best and laugh-out-loud ridiculous at worst.

Even with its flaws, “Scary Stories to Tell in the Dark” achieves the perfect balance between humor and horror. Despite being aimed at a young audience, it’s not a horror movie with training wheels: It’s a respectful adaptation that inspires fear even in the now-adults who grew up reading the original source material.