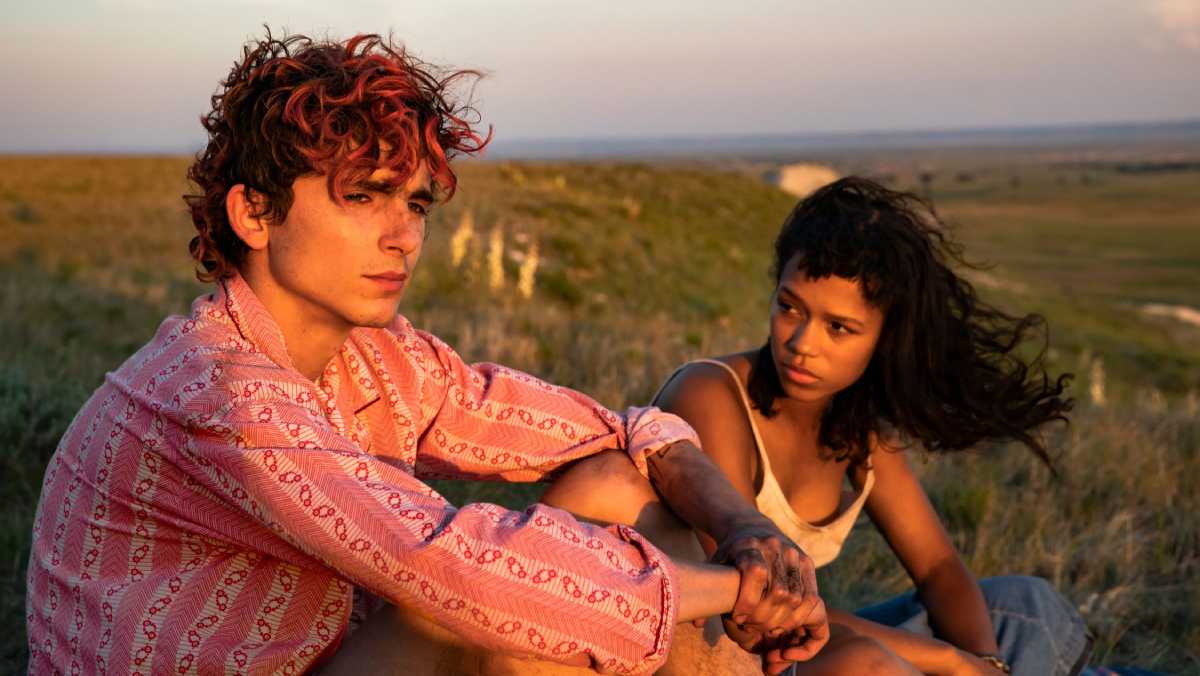 There is a you that enters the experience of “Bones and All” and there is a you that exits. They are not the same. Luca Guadagnino, known for his films “Call Me By Your Name” (2017) and “Suspiria” (2018), has synthesized two major parts of those films into his newest picture.

Gory, visceral, tender and romantic, “Bones and All” tells the story of Maren Yearly (Taylor Russell), a young woman abandoned by her father just as she turned 18 when he decided he could no longer deal with her actions. Those actions, of course, are her numerous instances of cannibalism, something he tried and eventually failed to hide from the world. Once Maren is left alone, she goes looking for her mother who was absent her entire life, with nothing but the town she was born in to guide her. Along the way, she meets many more of her kind: some good to her and some not so much.

Guadagnino has always been able to find beauty in unconventional places, and “Bones and All” is no different. Each bite taken in the film makes a crunch or a squelch as the eater’s teeth pierces the skin of what used to be a person but has now been turned into the means of survival for someone like Maren: an eater. Each tactic is different among them. Some eaters ambush people in the wild, some set up traps while others stalk their prey. Some wait for fresh meat to come to them. All of it is a part of the same game. A ravenous hunger courses through the veins of the eaters as they find their next meals.

The somber tone of this film is one that cannot be understated. Although it surely has its exciting moments, much of the film is about eating, but only theoretically. “Bones and All” has the makings to be more of a high-concept romance, using horror as a lens, rather than a movie about the horror of these actions.

There is something truly romantic about the act of eating someone else, in a twisted way. Consuming the flesh of another human, making them one’s sustenance, is a very intimate act. Russell and her co-star, indie heartthrob Timothée Chalamet, who fills the role of Lee, the hot, mysterious young eater Maren falls in love with on her journey, have enthralling chemistry. The scenes in which they eat together create an electric bond between them. So much of the 130-minute runtime is Russell and Chalamet talking or driving around or pasted in front of beautiful midwestern landscapes, and it all is still able to come together to leave an audience devastated by the end. Their rapport on screen has been proven to be one many actors can only aspire to achieve, and each frame will make audiences fall more and more in love with them.

Mark Rylance also achieves excellence in his limited role in the film. His role as Sully, an elder eater with a strange air about him and a strong connection to Maren, sears itself into the viewer’s brains upon watching. The lack of his presence in much of the movie enforces a sense of impending doom until his return, making viewers ask themselves when he will show up next. And in terms of the small roles sprinkled throughout, André Holland, Chloë Sevigny and David Gordon Green all shine in their brief appearances, making for heartbreaking and stomach-turning scenes. But Michael Stuhlbarg is the true MVP of these smaller performances. His single scene highlights his enormous talent, delivers the monologue containing the wondrous title drop and develops the most interesting dynamic of the core relationship.

It’s such a treat of a film that will eat everyone’s heart out. There has not been a better romance this year: not this lustful, not with as deep of a connection as Maren and Lee. It’s rare a film can depict love in all its mess, figuratively of course, but also physically, which makes this film very special.