Review: Carly Rae Jepsen proves she is here to stay 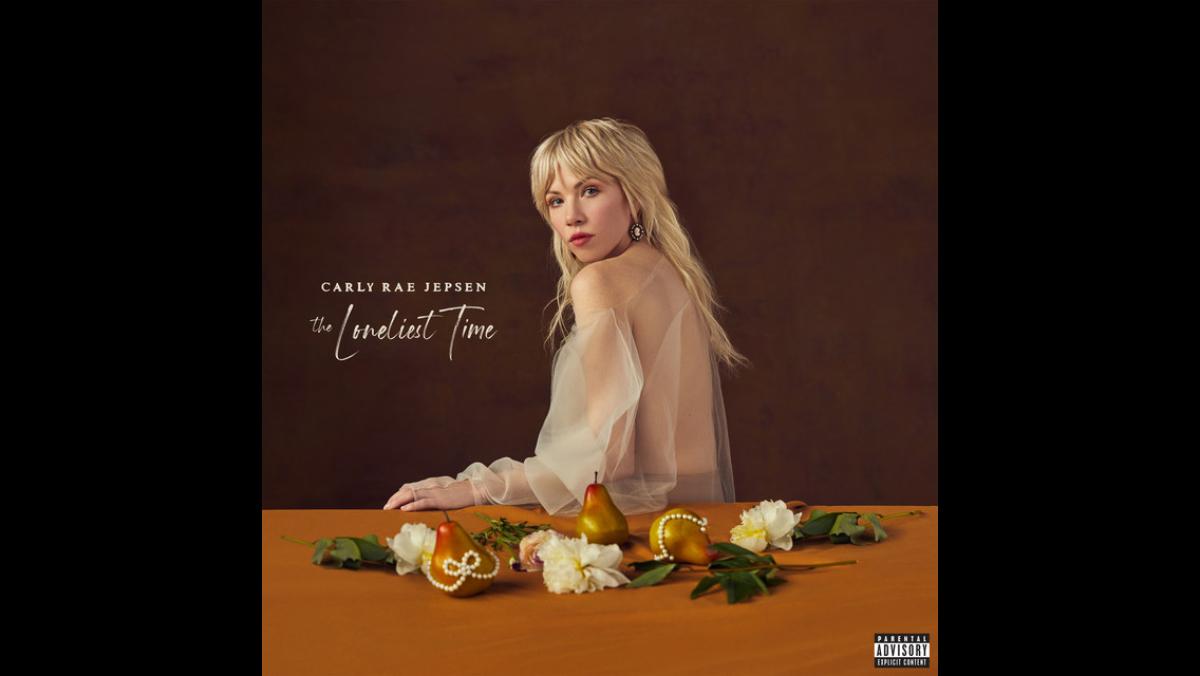 Courtesy of School Boy/Interscope Records
Since the release of 2011's "Call Me Maybe," Carly Rae Jepsen has been an unstoppable force in the pop music world with the 2015 album "Emotion" and now her latest record, "The Loneliest Time."
By Jess Williams — Staff Writer
Published: November 1, 2022

Carly Rae Jepsen has not lost momentum since 2011’s unavoidable and irresistible “Call Me Maybe.” Admittedly, not even 2015’s single “I Really Like You” could reach the same cultural juggernaut status of “Call Me Maybe,” but the album that it was on, the charmingly-titled “Emotion,” wasn’t a flop. Turning her focus away from creating radio pop fodder and towards an album-driven mindset, 2015’s “Emotion” has gathered a passionate cult following for the Canadian star, especially in online spaces. Her sixth studio album, “The Loneliest Time” continues a four-album streak of great pop records to serve her ever-growing fanbase.

“The Loneliest Time” launches into pop perfection immediately. The opener, “Surrender My Heart,” is a prime example of what makes Jepsen stand out from the crowd of present-day millennial pop artists still trying to make another chart-topper. Slight sounds of vinyl static set the scene while a driving beat overcomes, ushering in that familiar sound she stunned fans with on “Emotion.” Even though she’s grown as an artist since her seminal album, she can still drop bangers of the same level of flawlessness. Jepsen yearns for vulnerability underneath warm, clean, 80s synths that she has been utilizing since 2015 — five years before The Weeknd pushed it back into the mainstream. The lyrics are relatable and screamable, the hook is parasitic, the drums are huge — there’s nothing more to ask for in a pop song.

Jepsen has comfortably dwelled in rich ’80s-inspired lovesick dance tracks since “Emotion,” but she always has new tricks up her sleeve. “The Loneliest Time” is full of explorations in other territories of pop, proving her versatility to people who might pigeonhole her into a niche. The furthest she strays from her comfort zone is a home run: “Western Wind,” whose acoustic guitar, bongos and thin pulsating synth beds present a gorgeous ballad of instinctive romance, rooted in the soft spring winds of the west coast. At the other end of the pop spectrum is “Shooting Star,” which lays on heavy autotune, vocoder and harsh whiny vocal effects. The track would be annoying if it weren’t for the infectiousness of the hook and the campiness of the synths. It won’t be for everyone, but its outlandishness pays off.

“So Nice” is another oddball cut, with its cheesy backing vocals and chipper melody that devolve into a maniac instrumental collage by the end of the song. Some of Jepsen’s new ventures on this album aren’t exactly original ideas, however. The juicy bass sound on “Bad Thing Twice” sounds like it was ripped from a Tame Impala studio session, and the monotone “dat, da-da-da-da-da” refrain on “Joshua Tree” appeals to trending K-Pop sounds. These borrowed ideas are not in bad taste; Jepsen’s many influences never feel out of place since she uses them in new contexts.

“The Loneliest Time” flows together with great sequencing, weaving together a wide palette of genres. The listening experience is smooth and uninterrupted, as Jepsen lines up bop after bop. After the ’80s synths and sugary pitch–corrected vocals seep into the listener’s consciousness, Jepsen unleashes the killing blow with her lyrics. Usually focused on themes of romance and sex (and rarely anything else), Jepsen’s portrayals of relationships are simple. The excitement of meeting someone, the comfort of an embrace, breaking up with a partner as you go separate ways — there’s a lack of specificity that makes everything so relatable. Jepsen refrains from describing detailed situations, telling a story through emotions and thoughts instead. Her music is versatile and universal — applicable to any relationship, even platonic ones.

The only misstep lies in “Beach House.” A playful critique on dating culture that flails in dated, bland, “Cake By The Ocean”-era pop flavors, including cringy male backup vocals, throwaway one-liners and TikTok sound bait. The core of the song is fine and harmless, but placed right at the center of the album, “Beach House” ruins all momentum and fluency. It has no place on this album, especially since the glimmering and groovy disco title track got the TikTok virality instead, when the spoken-word “I’m coming back for you baby!” section blew up.

The title track closes out the album with a career highlight, but even after a confident 13-track album, Jepsen can’t help but add three bonus tracks. All of them are just as good as the rest of the project, just in case there is any doubt of her pop supremacy.