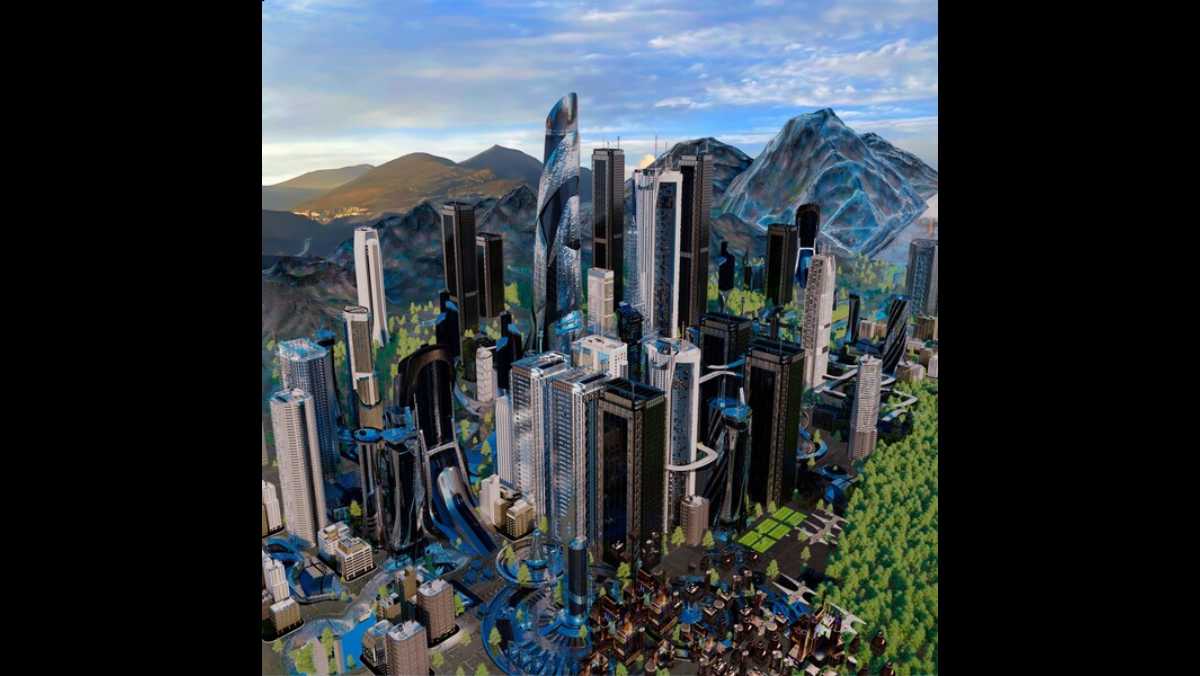 Black Midi. Squid. Black Country, New Road. Shame. Yard Act. Dry Cleaning. If none of these bands ring a bell, it might be time to dive into the world of post-Brexit British post-punk. Affectionately known as the “Windmill Scene” by its fans, this rapidly growing genre has been increasing in popularity and momentum for the past three years. Even though all these bands are coming out of the same area and have similar approaches, they differ vastly from each other.

With their debut album “Guitar Music,” Courting is the newest addition to the growing roster of eccentric, speak-singing, musically complex bands in the Windmill Scene. Influences from their contemporaries are easily traced, but the band refuses to be completely backed into that corner. As their “Songs That Inspired ‘Guitar Music’” Spotify playlist suggests, influences range from the harsh noise of Merzbow, to “Teenage Dream” by Katy Perry, to experimental hip-hop from Death Grips and JPEGMAFIA.

In all senses of the word, “Guitar Music” is a mess. Look no further than the nine-minute “Uncanny Valley Forever,” which is part noise-collage, indietronica and indie-rock. Just when this blend of sounds starts to become familiar, they throw in an 808 drum machine to continue throwing the listener off. Living up to the song’s name, this method of throwing completely different music styles together haphazardly creates an unsettling effect. What really displays the talent of this group is their ability to make their unnerving genre-bending irresistibly entertaining. It’s in this “uncanny valley” area that Courting creates their most memorable and impactful moments.

People who are familiar with the Windmill Scene might already be accustomed to the strange pop-culture references in the band Black Country, New Road (BCNR)’s lyrics, but whereas BCNR’s lyrical style is inward and serious, Courting is more playful in tone. Part of how Courting operates around their hodge-podge of influences is their dryly presented absurdist lyrics that show how the band doesn’t take itself too seriously. Some lyrical highlights include: “You took me to see some movie / I said, ‘You don’t know what niche means’ / ’Cause you said ‘I’ve never heard of it,’ / But everyone’s on Letterboxd now,” on “Jumper,” and, “I think me and Kanye might still have sex” on “Crass (Redux),” referencing Kanye’s controversial lyric about Taylor Swift on his song “Famous.”

The single “Loaded” is a criticism of life in aging cities. In between verses of lead vocalist Sean Murphy-O’Neill lamenting about gentrification and mocking people who make fun of the appearance of buildings in older, more working–class areas, Murphy-O’Neill, dead-pan, presents one of the most quotable and incessant pre-choruses of the year: “Don’t wanna be a pop star now / Maybe I’ll think about it later.” But he really should think about it sooner than later, because his ear for a good pop hook shows up time and time again on this record. The track “Famous” sounds like it could be a mid–2010s pop-rock radio hit if it weren’t for the harsh mix and spoken-word passages.

“Guitar Music” is a short 32 minutes, and it only has eight songs, making the album feel like just a sampling of what Courting is fully capable of. Most of what Courting presents here is the inventive, fun and catchy sound that was presented with the singles leading up to the record. However, the stylistically flat “Jumper” and the tedious, stuttering “PDA” show that when Courting’s chaotic genre mixing is subpar, their songwriting weaknesses get exposed.

Despite the few low points, “Guitar Music” is a powerfully inventive debut album from Courting. For a band that is just now taking off, a debut this strong is more than enough of a good reason to keep a close eye on what this group has in store for the future.