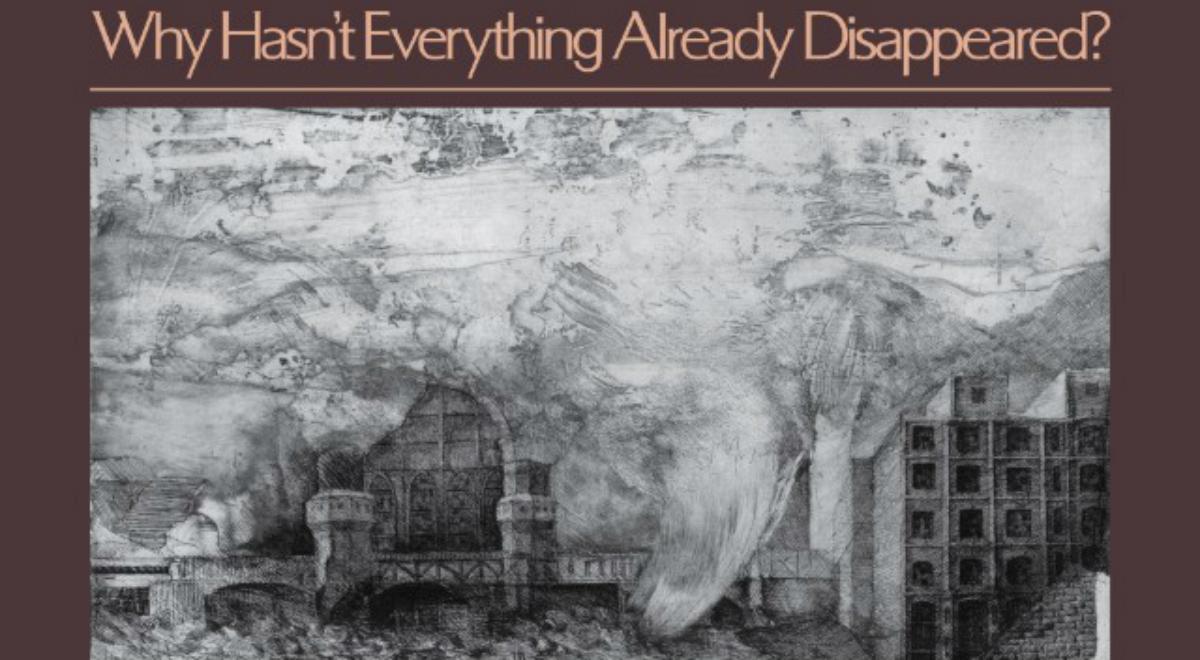 4AD
Indie band, Deerhunter's eighth album bridges the gap between eerily pacific and frighteningly apocalyptic. It blends seamlessly as a concept album but some tracks feel incomplete without the context of the surrounding songs.
By Olivia Riggio
Published: January 28, 2019

"Why Hasn't Everything Already Disappeared?"

Apocalyptic but wistful, unsettling but eerily calm, Deerhunter’s eighth album “Why Hasn’t Everything Already Disappeared?” is a subtle but striking work of art.

The album, released Jan. 18, plays with an existential, post-apocalyptic theme, but instead of overtly exclaiming nihilism, Deerhunter shrouds it in a soft, folksy glow. “Why Hasn’t Everything Already Disappeared?” seems perfectly prescient in today’s society. The album follows an end-of-times theme throughout, creating lush soundscapes that tie each song together. However, the record’s distinct and consistent concept and sound cause many of the tracks to blend together. Though there are only a few standout tracks, “Why Hasn’t Everything Already Disappeared?” shines as a whole.

The first track, “Death in Midsummer,” starts with a simple melody played on what sounds like a harpsichord. Frontman Bradford Cox’s far-out vocals contrast this baroque sound without compromising the song’s quirkiness. “Come on down from that cloud/ And cast your fears aside/ You’re all here and there/ And there’s nothing inside/ May God’s will be done/ In these poisoned hills/ And let the devil be cast out on his tail,” he sings, evoking rapturous images with an eerie calmness. A steady, almost robotic drum beat keeps the song chugging along. “Death in Midsummer” establishes intrigue, mixing the psychedelic with the classic and the philosophical with the playful.

“No One’s Sleeping” follows “Death in Midsummer,” also mixing a springy, breezy sound with foreboding lyrics. The tinny tone of the harpsichord continues into this track, blending with acoustic guitar and swelling horns. The song builds into a joyful explosion of instrumentals, which fades off into a shimmering sound. Its lilt is infectious and almost tauntingly jaunty given its ominous theme.

The next track, “Greenpoint Gothic,” is an instrumental interlude. It has psychedelic, fuzzy instrumentals and a repetitive extraterrestrial-sounding synth melody. Though the piece is lush and dynamic like a film score, it does not really stand alone. Instead, it is more of a palette cleanser that allows the first two tracks’ difficult and contemplative lyrics to sink in. “Element” follows “Greenpoint Gothic” with its whimsical sound and leisurely saunter. Once again, in contrast to the instrumentals, the eerie lyrics paint a picture of a toxic, cancerous place, while Cox’s intonation is expressive and almost taunting.

The most experimental song on the album is “Détournement,” a spoken-word piece. It includes chilling robotic voices speaking in octaves. The words scan over the planet, saying “Good morning to Japan,” “Hello to salt water,” “Hello to Europe” and “Hello to America.” The poetry is gorgeous, encompassing the uneasiness, hope and divinity that come with imagining the future. “There is some form of art left/ That we can imagine a world drawn piece for piece/ And we can contact the higher spirits from our electronic brains,” the voices murmur. Silvery, ambient synths and flanging guitars accent the piece.

The final track, “Nocturne,” is a 6 1/2 minute odyssey. Staccato piano chords keep the song marching along as different instruments and sonic elements take the foreground, repeating the same hypnotic melody. Intriguing lo-fi effects make Cox’s voice sound like it’s coming over a radio, occasionally and deliberately glitching and cutting out.

Deerhunter is not the first band to play with post-apocalyptic and dystopian themes — parts of the album evoke the same experimental sounds as Radiohead’s 2000 album “Kid A” — but Deerhunter does it in a way that sounds fresh and uncharted.

“Why Hasn’t Everything Already Disappeared?” is more of a concept album than a record with standalone songs, but it is brilliantly thought-out. With cosmic ambiance, it bridges the gap between cacophonously chaotic and provocatively philosophical.