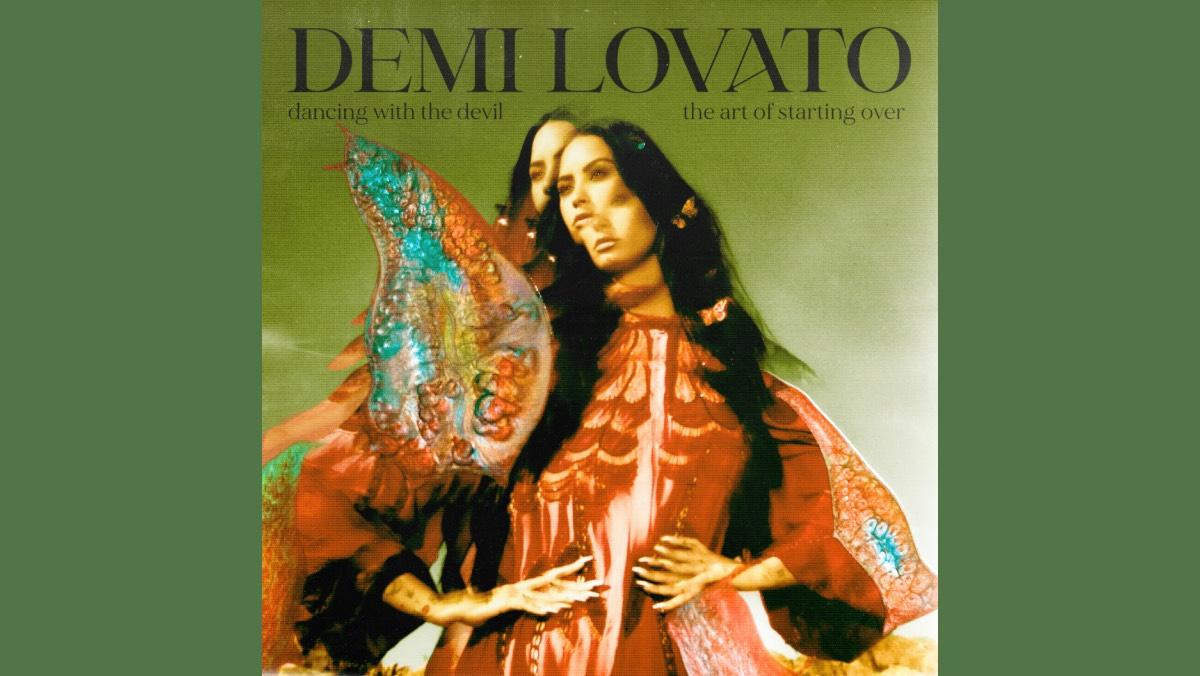 Courtesy of Island Records
Demi Lovato’s seventh studio album, “Dancing With The Devil…The Art of Starting Over,” details her life after her 2018 overdose on heroin and fentanyl-laced oxycodone, which caused her to suffer from three strokes and a heart attack.
By Gabrielle Topping — Staff Writer
Published: April 12, 2021

“Dancing With The Devil…The Art of Starting Over”

Demi Lovato’s seventh studio album, “Dancing With The Devil…The Art of Starting Over,” details her life after her 2018 overdose on heroin and fentanyl-laced oxycodone, which caused her to suffer from three strokes and a heart attack. It gives listeners an inside look at her experience with addiction, eating disorders, mental health advocacy and sobriety. The expanded edition includes 23 powerful songs that capture Lovato’s gorgeous vocals and beautifully honest lyrics.

Lovato doesn’t hold back when claiming the narrative of her story, which is what makes the album feel so genuine. She exudes strength while admitting that she relapsed after six years of sobriety. Her signature pop sound is familiar, but the lyrics are poetic, creating vivid and engaging imagery. In “Dancing with the Devil,” Lovato sings, “It’s just a little white line, I’ll be fine / But soon, that little white line is a little glass pipe.” She recognizes the lies she was telling herself and turns her pain into a lesson by truthfully setting the record straight about what she experienced.

In addition to her album, Lovato released a docuseries with the same title, “Dancing with the Devil,” in which she shares intimate details of her life with commentary from her friends and family. The series promotes seeking help for those who are struggling and provides resources to do so.

The vulnerability that Lovato expresses throughout the album is admirable. In the track “Melon Cake,” Lovato explains how she was “starving for attention” while battling an eating disorder, and that she was “living as a prisoner” inside of her own mind. She reveals that she has found freedom on the other side of recovery.

In the track “I Love Me,” she discusses never feeling good enough. Lovato questions, “Oh, why do I compare myself to everyone? / And I always got my finger on the self-destruct.” These lyrics bring comfort to the listener, humanizing Lovato and showing that celebrities have insecurities, too.

A highlight of the album is Lovato’s collaborations. She features Ariana Grande, Sam Fischer, Noah Cyrus, Saweetie, Sam Smith and Marshmello across six songs. Lovato admits that she was dealing with her pain in unhealthy ways and hiding her drug use from her family and friends. Through these songs, she proves that she has entered a healthier phase of life and that she is able to rebuild her bonds with friends and share the joy of creating music with other artists.

Lovato’s collaborations with the featured artists are some of the best songs on the album, the most notable being with Grande. “Met Him Last Night,” featuring Grande, explores the temptations and deceptions of the devil disguised as alcohol and drugs. Grande’s lyrics — inspired by Lovato’s story — are executed beautifully, and the duo’s voices blend effortlessly together. The power that both artists radiate in their performances is inspiring.

Lovato’s emotional growth is heard loud and clear in the track “Butterfly,” in which she emphasizes forgiveness. She expresses forgiveness toward her father and their rocky relationship and forgiveness toward herself for her unhealthy coping mechanisms. She sings, “forgiveness is the hardest truth” and “this is something I deal with my whole life.” Lovato accepts her past, although painful, and uses it to further her growth.

“Dancing with the Devil” proves that Lovato practices what she preaches — she took a hiatus from performing to focus on her health and returned stronger than ever. Her sincerity in sharing her story publicly is a testament to her ability to create art from agony. Through this album, Lovato expresses the deepest parts of her soul with authenticity while delivering a groundbreaking performance.

Review: Singer returns to her roots with Spanish-language EP