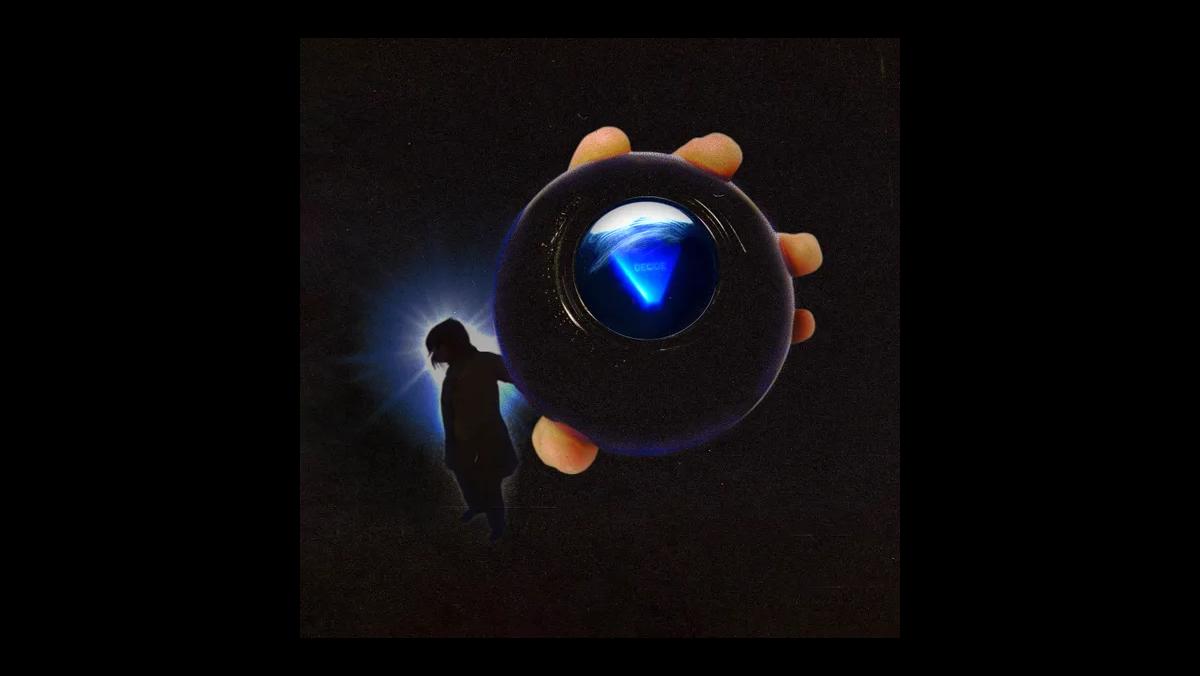 Courtesy of AWAL Recordings
Djo's sophomore album "DECIDE" reveals that he is a true two-way performer with some serious star quality in the studio.
By Tess Ferguson — Staff Writer
Published: September 25, 2022

All-around entertainer Joe Keery lets down his legendary Steve Harrington curls to don a ’70s ’stache and wide-brimmed sunglasses in his sophomore album “DECIDE” under his musical moniker Djo.

Although his 2019 debut album “Twenty Twenty” flew relatively under the radar, largely because audiences hadn’t connected the artist to his iconic “Stranger Things” character, the release of Keery’s newest collection has been highly anticipated among his established following. The recent piece, clad with cover art featuring a vintage Magic 8 Ball and neon blue hues, is an ode to retro synth-pop and a glimpse into the future of alternative psychedelia.

“DECIDE” lets listeners know that Keery is not just an actor with a side-hustle but rather a true two-way performer with some serious star quality in the studio. The collection opens with “Runner,” a nihilistic track disguised by waves of upbeat techno and pop-rock sounds. It’s an explosive entrance into the experimental album that introduces listeners to Keery’s ongoing inner dilemmas with agency and self actualization, ultimately setting a contemplative tone for the remainder of the collection.

The album is riddled with Keery’s introspection about his personal quandaries with fame, social media and an increasingly misanthropic world. Tracks like “Half Life,” “Fool” and “On and On” address these looming issues all dressed up in tingly disco tones. The triple-headed movement opens a door into Keery’s life of stardom and speculation. “I fight the urge to search my name / there’s a better me, I swear,” he sings, criticizing his own tendency to give into the societal pressures of celebrity status.

“Fool” effortlessly tackles Keery’s struggles to balance acting and life with the claim that everything he does feels like a performance, while “On and On” is a censure of the media’s endless flow of content, desensitizing the world to devastating news that is now dismissed with a “digital candle.”

An easy highlight of the 13-track collection lands itself right in the middle. In “End of Beginning,” Keery ditches his signature auto-tuned sound for a more intimate yet powerful tone. The piece is a nostalgic love letter to Chicago and Keery’s former psychedelic rock band, Post Animal, which he left in 2019 to pursue his solo career. Although brief, clocking in at two minutes and 39 seconds, the ballad is one of the most memorable points of the album. Keery’s dynamic, unaltered voice on the dreamy track is a grounding intermission before diving right back into the funky, sci-fi inspired energy that surrounds the second half of the album.

Keery could have stuck with the alt-rock psychedelia that has already earned him musicianship status. Instead, he took a risk and created “DECIDE” — a funky, sometimes goofy sci-fi odyssey with tons of twists, both sonic and emotional.

Ultimately, “DECIDE” is wholly cohesive with an inflamed flair for dreamlike world-building through ambitious production, with too many individual highlights to list. The fun that Keery consistently prioritizes is expertly showcased, but he also touches on some notably brooding themes. As a result, the record is thrillingly artistic while maintaining an alluring accessibility that makes it hard to stop listening.