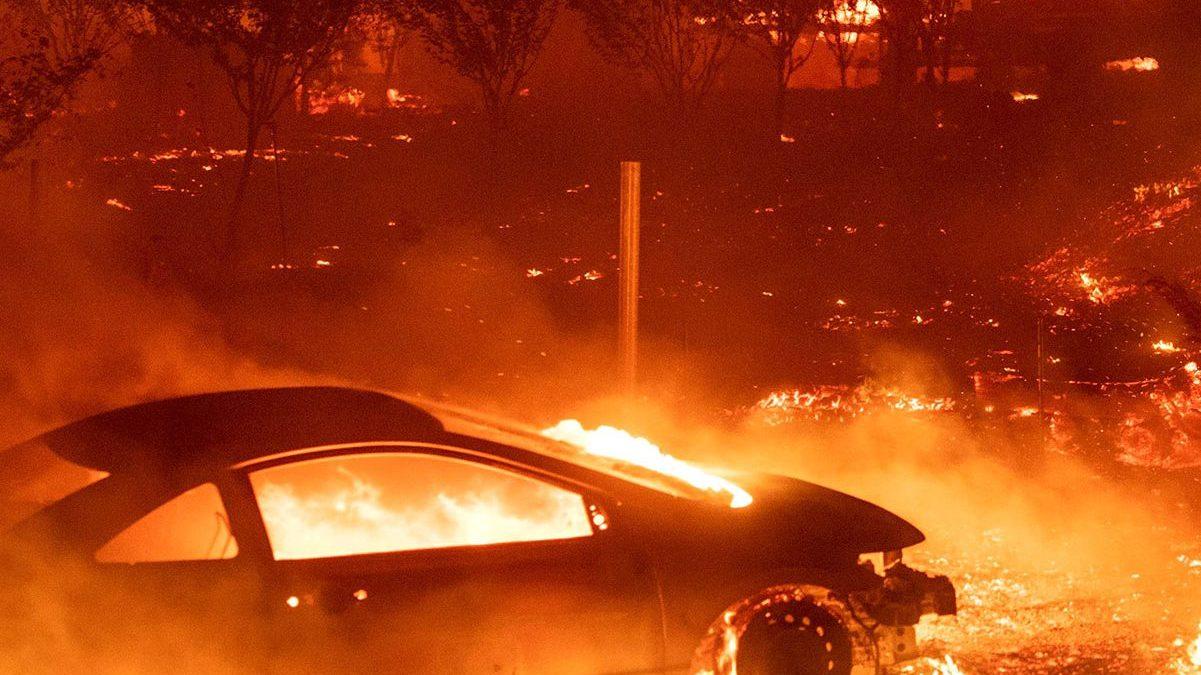 Netflix
“Fire in Paradise” follows the failed evacuation of residents in Paradise, California, which was ravaged by a wildfire in 2018. The documentary-style film is natural and honest, full of heart-wrenching emotion.
By Sarah Diggins
Published: November 11, 2019

“I said, ‘I’m not going to die today.’ I said, ‘Today is not my day,’” a young girl tells the camera just a few minutes into the Netflix documentary “Fire in Paradise.” She can’t be over 10 years old, yet the way she articulates her experience escaping a raging wildfire makes her seem older. What she says is raw and heartbreaking, and the grit she shows continues for the rest of the documentary’s approximately 40–minute run.

“Fire in Paradise” is a short documentary that tells the story of one fateful day in Paradise, California. On Nov. 8, 2018, a devastating wildfire named “Camp Fire” almost completely destroyed the Northern California town of Paradise. The documentary takes viewers through the events of the day in chronological order, mostly focusing on the harrowing ordeal of evacuation. Evacuation was not an option in Paradise, California, resulting in gridlock traffic while the fire raged on both sides of the residents’ escape route.

The documentary is void of a narrator, allowing for the story to be told completely through witness interviews and cellphone footage from the day. This is the documentary’s strongest element, making it feel natural and honest. There is no background information on the town or wildfires aside from bits that occasionally come from the interviewees. The documentary focuses solely on the events of the day and moves through them quickly, almost as if to mimic the fast-moving nature of a wildfire.

The structure gives the documentary an intimate tone. The viewer will feel as though the witnesses are talking directly to them, and the use of cellphone footage gives a candid look at what it felt like to be in Paradise, California, that day. These cellphone videos look like something straight out of an apocalypse movie, with the bulk of them taken from evacuating cars and featuring the rising flames.

While the sporadic nature of the interviews is effective in many ways, it also tends to be the documentary’s one downfall. “Fire in Paradise” follows some witnesses throughout the entire runtime. Viewers hear their stories from start to finish and see what they are up to after the fire. The documentary follows others heavily in the beginning but does not complete their arcs, leaving viewers unsatisfied. The documentary’s intimate storytelling method allows viewers to get to know every witness, making it unsettling that some of their full stories are not fully shared.

“Fire in Paradise” is harrowing and heartbreaking to watch, but, above all, it serves as a plea. This is a plea to viewers to never forget the people and places that were lost and to remember the town as what it as named for: Paradise.