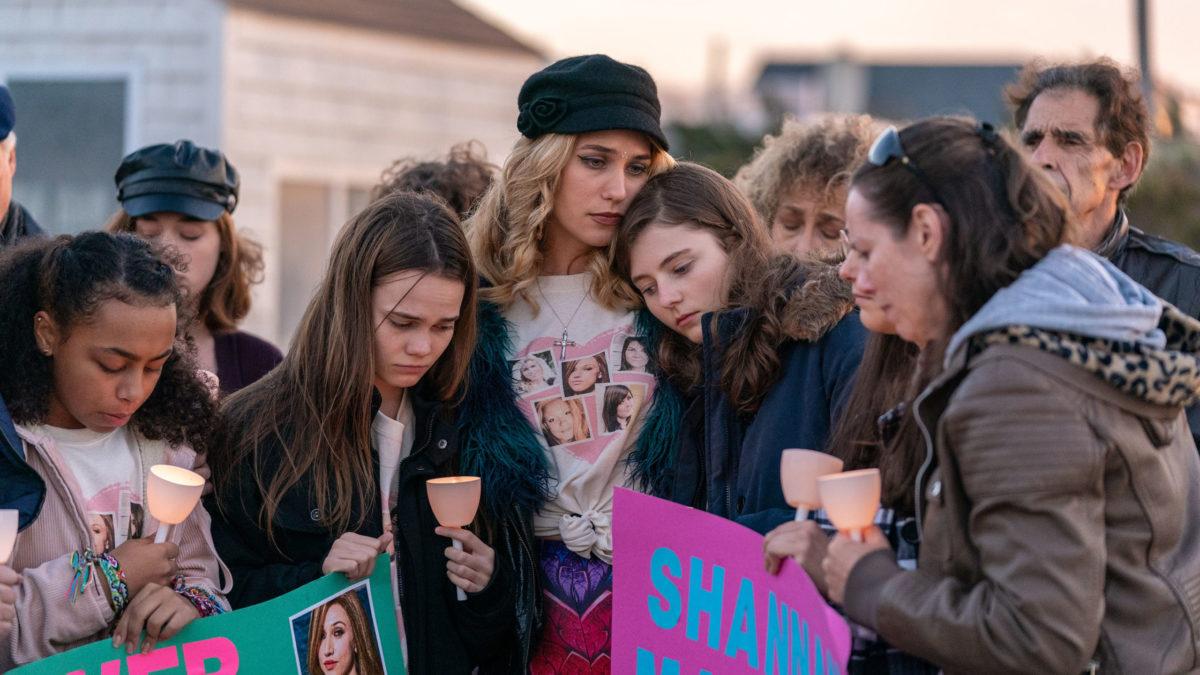 Courtesy of Netflix
"Lost Girls" is a grim but biting portrayal of a based-on-real-life story that follows a woman looking for her lost daughter and, in turn, leads police to solve the cases of missing sex workers.
By Jackson Noel
Published: April 7, 2020

The film “Lost Girls” is based on a real cold case. This detail is established right away at the beginning of the movie in the form of a title card, and it immediately puts anyone watching in a unique position. The viewers know that the movie won’t lead to answers or a happy ending.

The film’s grim realism highlights the reality of crime and its impact on people. The humanity of the characters and sorrowful confusion they endure is one of the movie’s strongest attributes. “Lost Girls” paints a New York town full of frustrated people that are plagued with an unmotivated police force. The frustration is real and deep, giving the characters depth.

Director Liz Garbus made a name for herself through a series of documentaries focusing on biographical accounts of people and events. She has covered topics from Bobby Fischer and Marilyn Monroe to Nina Simone and the history of the First Amendment. “Lost Girls,” which premiered at Sundance Film Festival and was subsequently picked up by Netflix, is the director’s debut narrative feature. The plot retells how the media reacted in the early 2010s to the discovery of dead female sex workers who were linked to an unknown Long Island serial killer. The story is told through the eyes of one mother named Mari Gilbert (Amy Ryan), whose missing daughter may be connected to the crimes.

The story itself feels like something that would make for a great HBO documentary miniseries, especially with its use of real news footage from the time. What separates “Lost Girls” from standard true–crime films is its focus on the repercussions of the killing on the individuals affected. The police force in charge of solving the crimes seems to completely lack the motivation to solve the crime, while victims’ families and the town pine for answers. The fact that the story is based on real life gives Garbus the ability to dig deeper into the psyche of a grieving mother.

The film has a pretty succinct runtime, coming in at just 95 minutes. However, it is still able to comment on many aspects of the crime, mainly Mari’s anger toward the police and their apathetic resistance, and how the media often portrays female homicide victims as weak. At the same time, the film feels too short for any of the grand swells of pathos it pushes toward the conclusion. “Lost Girls” begins to overextend itself as it nears the end of its run, and it adds in side-stories that hold little relevance to the film’s main focus.

Outside of the novel approach to true crime, “Lost Girls” is technically average. The color palette is monochromatic, gray and foggy and is meant to evoke a wooded upstate New York town. Instead, the colors leave the environment muddled and visually stale. The direction leans heavily on shallow focus imagery, a tool used so often that it becomes a crutch for the visual storytelling.

The biggest demerit is, unfortunately, Ryan’s performance. Mari goes from angry eruptions to frustrated stress, and Ryan’s lackluster performance is not enough to justify these extreme mood changes. The script makes it clear why Mari feels a certain way, but the performance just misses the mark on showing those motivations to the audience.

Fans of traditional crime dramas in the vein of “Law & Order” will be disappointed by the narrative’s lack of crime-solving and resolution. Though anyone open to a dreary narrative will find “Lost Girls” to be a film worth watching. In the end, “Lost Girls” is not a story about a killing but rather how a killing affects a community. It’s not only an interesting story — but an important one.