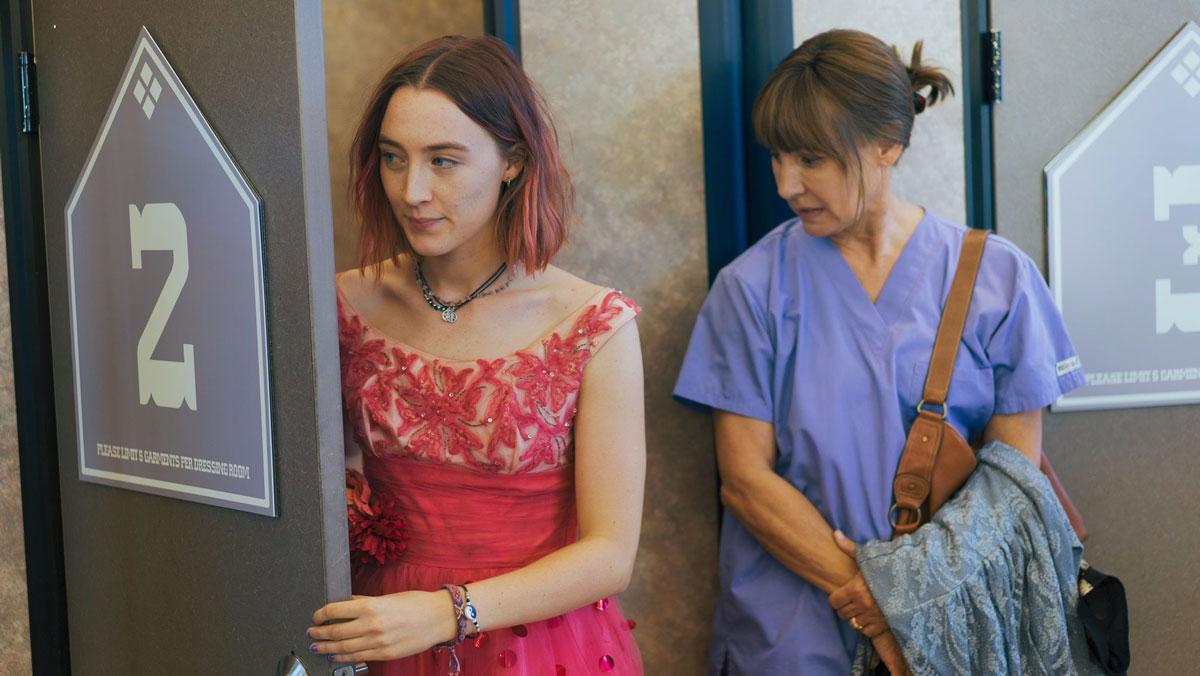 With a backdrop of Sacramento, California, the film follows Christine “Lady Bird” McPherson (Saoirse Ronan), a passionate and eager teenage girl in her senior year of high school from 2002–2003. Lady Bird resents every part of her upbringing, from her family’s working-class status to her own name, which she changes from “Christine” to “Lady Bird” before the film’s story begins. Over the course of the film, Lady Bird does everything in her power to form an identity as far removed from her family as possible, which puts her at odds with her equally headstrong mother, Marion (Laurie Metcalf).

The film is Greta Gerwig’s directorial debut. The story was influenced by Gerwig’s own adolescence in Sacramento, but she insists that all the events in the film are fictional and that it’s the emotions Lady Bird experiences that are true.

The characters and circumstances in “Lady Bird” are cliche at face value. Lady Bird has a crush on both the wholesome, polite boy-next-door, Danny (Lucas Hedges), and the jaded, pretentious bad-boy, Kyle (Timothée Chalamet). She briefly befriends her school’s resident hot-and-popular girl, Jenna (Odeya Rush), at the expense of her long-time sweet and dorky best friend, Julie (Beanie Feldstein).

The characters in “Lady Bird” are so nuanced that they make legendary director John Hughes’ characters seem like caricatures in comparison. For example, Jenna is not a bully like audiences are accustomed to. She’s not mean; she’s simply aloof. Danny is not the school’s star football player, nor her childhood best friend, but a theater nerd, whose talent and charisma she finds attractive.

“Lady Bird” shines the brightest with its multi-dimensional and refreshingly honest portrayal of a mother-daughter relationship. The conversations between the two can switch from casual to confrontational, and vice-versa, at a moment’s notice, which never feels too flippant or arbitrary. Lady Bird’s feelings toward her mother are contradictory; she treats her mom like she is a villain, but defends her when others do the same. The film’s emphasis on these shades of gray within their dynamic helps it feel more mature than others in its genre.

This mood whiplash helps the relationship between Lady Bird and Marion achieve an authenticity so rarely found within coming-of-age movies. Mother-daughter pairings are hardly allowed the same development as the so–often dominant friendships or romances.

Ronan, who, at 23-years-old, is barely past her own childhood, is removed enough to embody the yearning a teenager feels for the freedom, and the angst that results in not being able to reach it. Her performance is inspired and exciting to watch, but it would not be nearly as effective if she were not opposite Metcalf. Metcalf and Ronan steal every scene they are in, and only find their equal in each other. Their scenes play like a thrilling boxing match that can only end in a stalemate.

“Lady Bird” excels in its vivid characters, but its setting lacks the same rigor. Sacramento is such a crucial part of Lady Bird’s identity, and yet Gerwig does not take time to explore Lady Bird’s environment. The few and far between views of prominent Sacramento locations are beautiful but do not offer the audience context, and ultimately leaves them without a distinctive feel for the city.

At its heart, “Lady Bird” is a film about reflection. It is Gerwig’s love letter to Sacramento and her own adolescence. It is Lady Bird’s discovery that only in reflection can she truly understand the meaning of home. With this sincere portrayal of the often–oversimplified American adolescence, Gerwig and Ronan invite audiences to reflect alongside them, and leave viewers feeling nostalgia, gratitude and the urge to apologize to their mom.