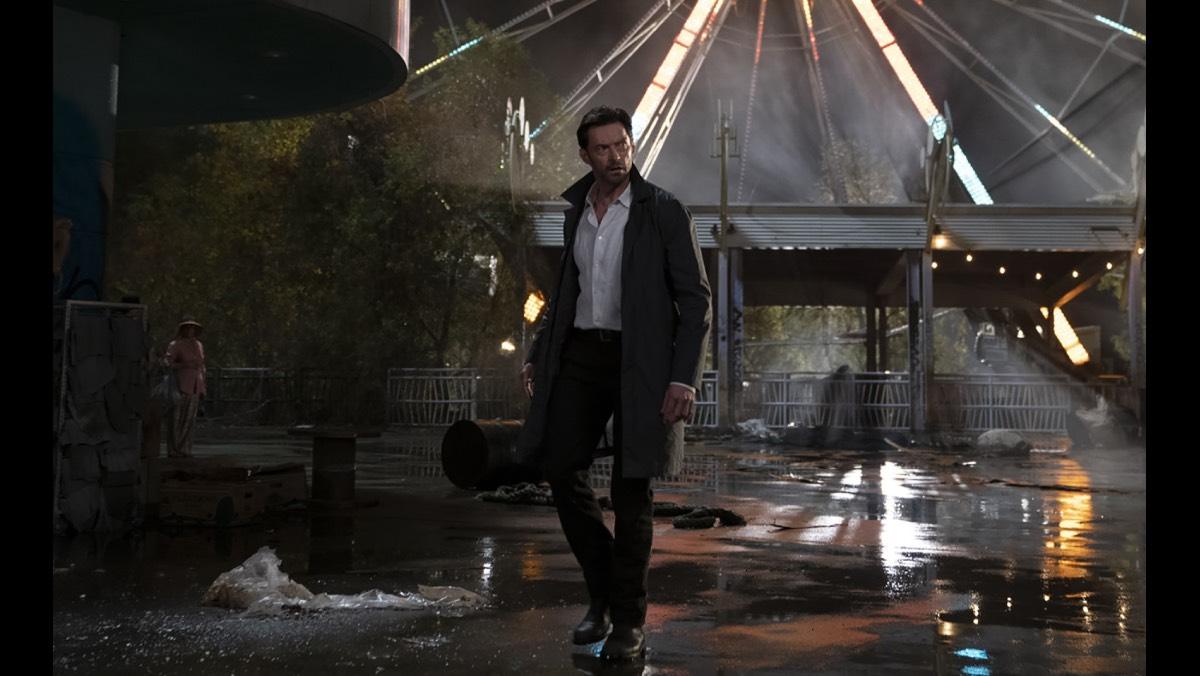 Courtesy of FilmNation Entertainment
“Reminiscence” is trying to do too much in the time constraint placed upon a feature film. The environment and plot had a lot of potential to be great, but it missed the mark.
By Sydney Brumfield — Staff Writer
Published: August 31, 2021

In a world facing the aftermath of a vaguely depicted war and where the climate crisis has caused the oceans to submerge the coastlines, “Reminiscence” tells an unbearably pessimistic tale with little substance. Directed and written by Lisa Joy, “Reminiscence” is not the environmental sci-fi film it thinks it is.

In the now completely flooded city of Miami, Nick Bannister (Hugh Jackman) runs a small firm that allows clients to revisit old memories through a pod-like device. The police and district attorney’s office also use this poorly described technology to bait criminals into revealing their crimes through their memories. Nick is hired by the D.A. to help take down Walter Sylvan (Brett Cullen), one of the wealthiest men in Miami. However, things take a turn for the worst when Nick’s new girlfriend Mae (Rebecca Ferguson) vanishes without a trace. Nick haphazardly throws all priorities out the window as he risks it all to find Mae and learn about her desolate past with underground drug and mob dealings.

The world that “Reminiscence” takes place in is full of too many unnecessary details and comprises an overwhelming past that viewers never get to see. Rising oceans are slowly covering the world, internment camps divide the United States again, a war between two unspecified countries still has lasting effects and the wealth gap continues to grow even larger. This is a lot for viewers to unpack, especially when it has nothing to do with Nick’s mission to find Mae. Rather than working in tandem with the conflict, this environment muddles the plot and serves as distracting background noise.

“Reminiscence” has so many poorly structured plot points that it becomes increasingly hard to follow. The film is a missed attempt at combining the noir, sci-fi and action genres. For example, a long stretch of dramatic, expositional voiceover is suddenly interrupted by an intense shootout scene set to “Tainted Love” by the Scorpions. Scenes like this culminate into a film that appears to be unsure about what it is.

The characters’ thin motivations are never seen or elaborated on. Characters constantly repeat phrases like “Back in the war” and “When the waves came” to explain why they act tough or brutish, which is just poor writing. The viewer is expected to accept how these characters behave based on on-the-nose dialogue that explains a character’s nature, rather than showing it to the viewer.

Character development is nonexistent in “Reminiscence.” Throughout the first half of the film, Nick severs relationships, throws away his career and self-medicates with alcohol, all while he makes strange attempts to find Mae. Instead of having any arc, by the end of the film he is still selfish, self-centered and never suffers any consequences. Mae also has very little development or real presence on the screen, aside from being the object of Nick’s obsession.

Because the audience knows very little about any of the characters, all of their motivations are flimsy. There is an expectation that the audience will accept the drastic actions by characters when little is known about their motivation. Nick’s desperate chase after Mae — whom he has only been dating for a handful of months  — is not rationalized in the slightest, which makes it feel unrealistic.

“Reminiscence” is trying to do too much in the time constraint placed upon a feature film. The environment and plot had a lot of potential to be great, but it missed the mark. It would have worked better as a show or a limited series rather than a film. “Reminiscence” is an overly ambitious mess that leaves viewers confused.